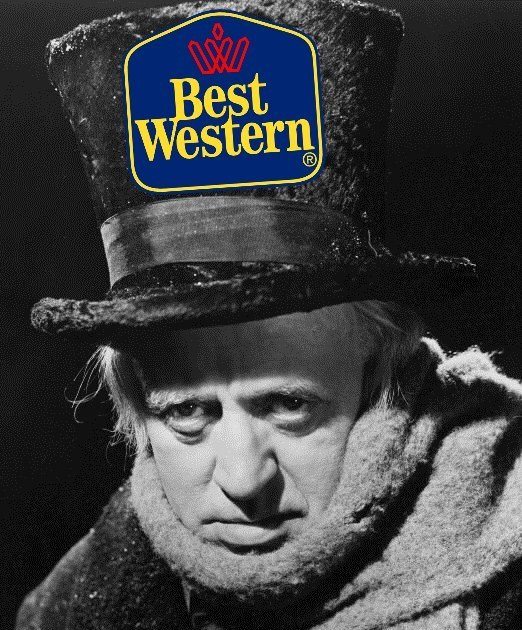 Every year I watch A Christmas Carol on TV to remind myself not to give in to the frustrations born of shopping, traffic and rushing from one holiday gathering to the next. Whether we are religious or not, the holiday season is an opportunity for all of us to be grateful for what we have and to share our good fortune and good will.

Oh yes, it’s a timely story, but I’ve also often taken comfort in the fact that it’s a story from a bygone era—19th century England, with all the horrors of the economic injustice characteristic of the pre-union Industrial Revolution. Thank God we’ve progressed to a better time than that!

Or have we? Imagine my surprise when I heard about the response of some Long Beach hotel owners to that city’s new living wage law for workers at the city’s largest hotels (100 rooms or more). The law, due to take effect on December 26, was enacted when voters approved a ballot measure last month by 64 percent— but at least one hotel has reacted with a resounding Bah! Humbug!

Actually worse — Bob Cratchit was given his walking papers on Christmas Eve. The Best Western Golden Sails fired a half dozen of its most senior workers 10 days before Christmas instead of paying them the living wage they were legally entitled to. Other hotels have threatened to close rooms to get under the 100-room cutoff and thus avoid paying their staffs the new wage, which, incidentally only amounts to around $2,000 a month.

We don’t have snow and ice in Southern California, but it seems we do have some pretty cold-hearted capitalists. If asking them to simply obey the law is too much, what must we do? Call in Jacob Marley’s ghost? In Charles Dickens’ story, Ebenezer Scrooge eventuallysaw the light and opened his heart after the spirits of Christmas past, present and future woke him up to the fact that we are all equal and in this world together.

Well, if Marley’s ghost and those spirits aren’t available, there are still the workers, the unions and the Long Beach Coalition for Good Jobs and Healthy Community, not to mention all the Tiny Tims who are going to have a less than joyful holiday break. In fact, all of the above have already paid the Best Western a visit! So maybe — just maybe — some hotel owners will wake up from fitful dreams of lost profits and expensive lawsuits and have a change of heart at this time of year when all of us, even the most miserly, are called to offer good will toward our fellow citizens.

The Economy Improves — Will the Minimum Wage?