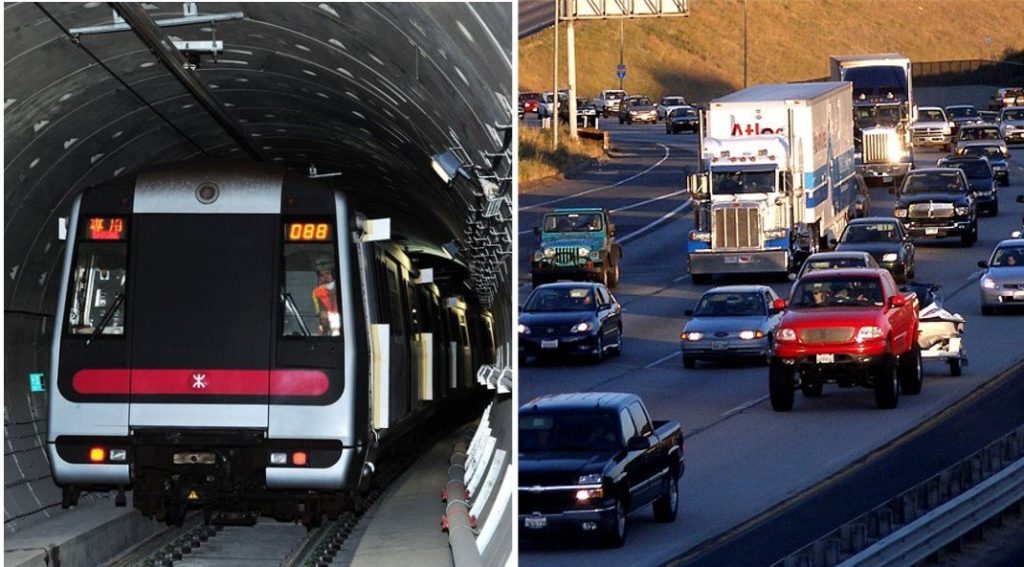 When people think of Los Angeles, what comes to mind first? Maybe Disneyland, Hollywood for sure, perhaps our proximity to the beach, but definitely traffic—the infamous Los Angeles freeway traffic. Is there ever an answer to this omnipresent problem?

Over this past summer, I had the privilege of spending time in Hong Kong, thanks to the Henry Luce Foundation and the Urban Environmental Policy Institute at Occidental College. For six weeks, I explored the area while researching the political and education underpinnings of rooftop farms in Hong Kong. When I made the transition back to L.A., I found myself reflecting on different aspects of life, including food justice and transportation, and making unexpected comparisons between the two places.

Hong Kong has a population of more than seven million people and is one of the most world’s densely populated areas, with about twice the population of Los Angeles. Yet Hong Kong’s transportation system is by far much more efficient and successful than L.A.’s. Its Metro Transit Railway (MTR) is considered one of the most efficient subways on the planet. Not only does MTR consistently deliver 99.9 percent of its passengers to their destinations within five minutes of scheduled time, but the government holds the system accountable – another big difference between Hong Kong and L.A. The MTR has to report all delays of more than eight minutes to the government: There were only 143 reported incidents in 2013. Additionally, the MTR is fined for having delays of 31 minutes or more.

What a difference from the L.A. traffic. When I returned from Hong Kong — a place where I had to wait no more than two minutes for the train, or no more than five minutes for a bus, where the public transportation could literally take me anywhere I wanted to go in Hong Kong at a maximum cost of $2-3 USD — my initial reaction was disappointment. My eyes were opened to the inefficiency and deficiency of L.A.’s public transportation system in comparison to Hong Kong’s.

So I asked myself, how can I help, as a 20-year-old, full-time college student? That’s where my experience as the communications intern on the Los Angeles Alliance for a New Economy’s Jobs to Move America campaign came in. This past semester, interning at LAANE, I’ve learned that we need to bring transit issues into the public conversation and push public transportation authorities to build more transit and make improvements to the existing system. Such conversations often develop on social media. Can you imagine if every time someone complained about L.A. traffic, they tweeted at the MTA, or tagged them on Facebook instead?

How can we make L.A.’s transit more like Hong Kong’s? Through education, conversations and supporting campaigns such as Jobs to Move America, which works tirelessly to fight for transit justice. So, next time you’re in L.A. and you just sat through an hour’s worth of freeway traffic, speak up and hold our transit authorities accountable for OUR tax dollars!

(Rachel Young is an intern for the Los Angeles Alliance for a New Economy working on the Jobs to Move America Campaign. She is a junior at Occidental College.)

Photo of I-5 Freeway: Coolcaesar
Related Topics:
Up Next

The Dawn of a New Racial Justice Movement