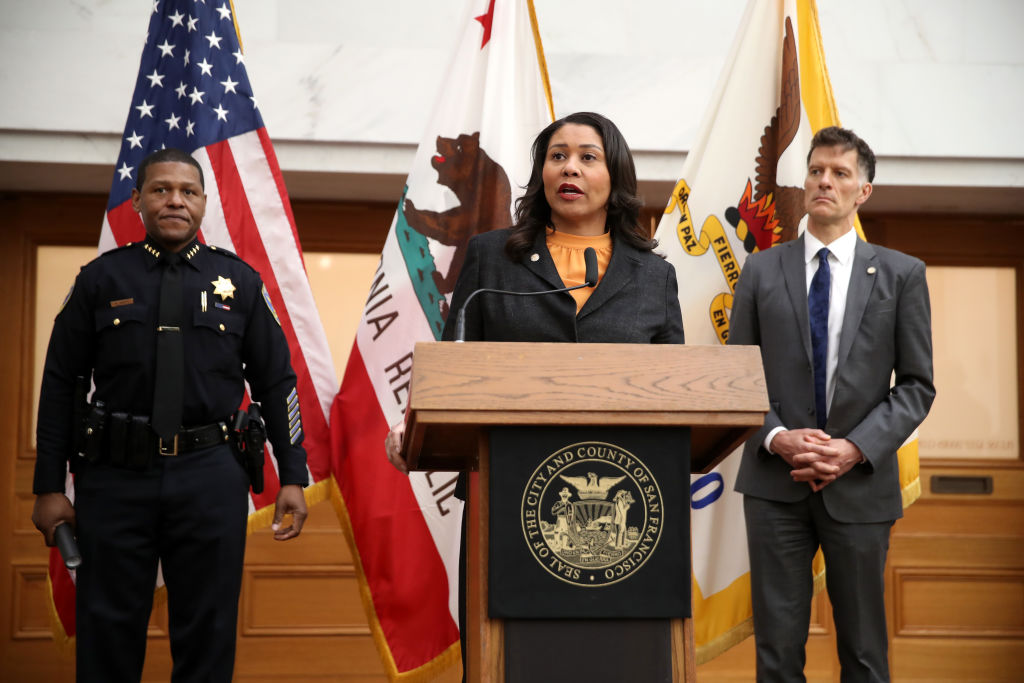 For weeks, San Francisco has been held up as a working model of how a large community should engage to prevent the spread of the novel coronavirus: Get started early, get serious and get strict. The result has been a reported 1,157 cases and just 20 deaths related to COVID-19 and a county jail system that, having aggressively reduced its incarcerated population by nearly 40 percent, has had a single inmate test positive.

It’s baffling, then, that the city has failed to deal with a looming crisis involving the virus and the more than 8,000 homeless people who live there. And if recent developments are any indication, San Francisco may pay a significant price for that failure.

Following a major outbreak of the coronavirus at the city’s largest homeless shelter, a frustrated San Francisco Board of Supervisors unanimously voted to order Mayor London Breed to procure 7,000 hotel and motel rooms to house the homeless, and 1,250 rooms for frontline workers. The supervisors set an April 26 deadline and told Breed to use her emergency powers to commandeer the rooms if her office could not come to lease agreements for them.

San Francisco’s mayor was warned about the city’s homeless shelters being ripe for viral spread well before the coronavirus hit.

Until now the mayor has argued that the logistical and staffing requirements are overwhelming, and the city has opted instead to seek hotel space only for those homeless who’ve already tested positive for COVID-19 or are in the Centers for Disease Control’s defined high-risk category (over age 60, or with underlying medical conditions that make them more vulnerable to the disease). Roughly 750 such people are currently in hotels.

“Bizarre indeed,” said Matt Haney of this situation. He should know: As a supervisor for the city’s Sixth District, which includes the economically ravaged Tenderloin area, Haney repeatedly called over the past month for Breed and other officials to open some of the city’s estimated 34,000 total hotel rooms to isolate the homeless before they became vectors of the disease.

Instead, Breed’s halting, one-toe-in-the-water approach did little to avert catastrophe. The ensuing outbreak at the MSC South shelter, which as of April 17 had infected more than 100 people, caused a single-day 12 percent surge in the city’s total number of positive cases when its first numbers were announced. (The mayor’s office did not immediately respond to a request for comment.)

Now S.F. is caught in reactive mode – with no suggestion that it is considering a mass relocation of homeless
into hotel-room isolation.

“The outbreak at MSC South was entirely preventable,” Haney told Capital & Main. “I was trying to move those folks from that shelter for a month. There’s no reason they couldn’t have done it before people got sick.”

City Hall officials say they are in negotiations to lease thousands of hotel rooms in the coming weeks for general coronavirus-related needs, including unhoused people – but limited to the CDC categories mentioned above. As of last week, they’d acquired 2,000 rooms, only half of which are filled.

“We need to make sure we have adequate staffing to run these hotels, which requires hundreds of workers being trained and working around the clock to provide support for people staying in these rooms,” Breed spokesman Andy Lynch told the San Francisco Business Times. The city’s human services agency director said housing the city’s homeless would not be fiscally prudent, while Dr. Grant Colfax, director of the Department of Public Health, said some unhoused people have “behavioral health issues that make it difficult for them to abide by the rules.”

At best, the city’s is an odd response to such an obvious issue. There is no question that the homeless population constitutes a massive, ongoing risk to San Francisco’s attempts to flatten the coronavirus curve. Not only are unhoused people most often found in congregate settings, be they tent cities or packed shelters, but they often carry underlying medical conditions that make them the most susceptible to COVID-19.

Moreover, Breed was warned about the city’s shelters being ripe for viral spread well before the coronavirus hit. According to The Guardian, a retired Stanford medical school professor who volunteered at MSC South wrote to Breed in January to tell her how quickly a case of norovirus had cut through the shelter, and predicted that the coronavirus would act in the same manner.

S.F. Supervisor: A budget analysis says that 93.75% of the city’s costs of housing people in hotels would be reimbursable by state and federal resources.

The city did reduce the number of people allowed in its shelters, but not enough to prevent an outbreak. Now it is caught in reactive mode – and even so, city leaders have made no comments that suggest a mass relocation of homeless into hotel-room isolation is being considered.

San Francisco certainly isn’t the only city struggling with the issue. Los Angeles Mayor Eric Garcetti, whose office has secured 1,700 hotel rooms for the city’s estimated 36,000 homeless people, has spoken of the urgent need to add more, even as L.A. has sought creative solutions like turning local rec centers into physically distanced living quarters. Officials in Washington state and New York City, sites of hot-spot breakouts of disease, have sought multilevel approaches that include striking mass deals for hotel space.

But few cities can match San Francisco, a leading tourist destination, when it comes to the number of rooms it can offer during the crisis. The city’s hotel occupancy rates normally float in the 80 percent to 85 percent range. Since the pandemic began, those numbers have fallen into single digits, meaning upward of 30,000 rooms might be available at any given point in time.

Not every hotel wants to make a deal, of course, and securing a lease price isn’t the end of the conversation. But a San Francisco budget analysis concluded that 93.75 percent of the costs of housing people in hotels would be reimbursable by state and federal resources, Haney said. Reimbursements for hospitalization, he added, “are not nearly that high.”

The city’s slow-footed approach to such a critical moment has drawn the ire of homeless advocates, who include many of San Francisco’s religious leaders. A March letter signed by about 50 of them asked Breed to house all of the city’s homeless people, arguing that a failure to do so “exacerbates a dangerous public health crisis where group living facilities put people at extreme risk.”

The risk continues, with only halting movements to abate it. As Dean Preston, one of the San Francisco supervisors who co-sponsored the hotel legislation, said in addressing the homeless of the city, “I am sorry that after weeks of warnings, only the confirmed outbreak in your shelters spurred action from all of us.”

Related Topics:coronavirusFeaturedhomelessnessSan Francisco
Up Next