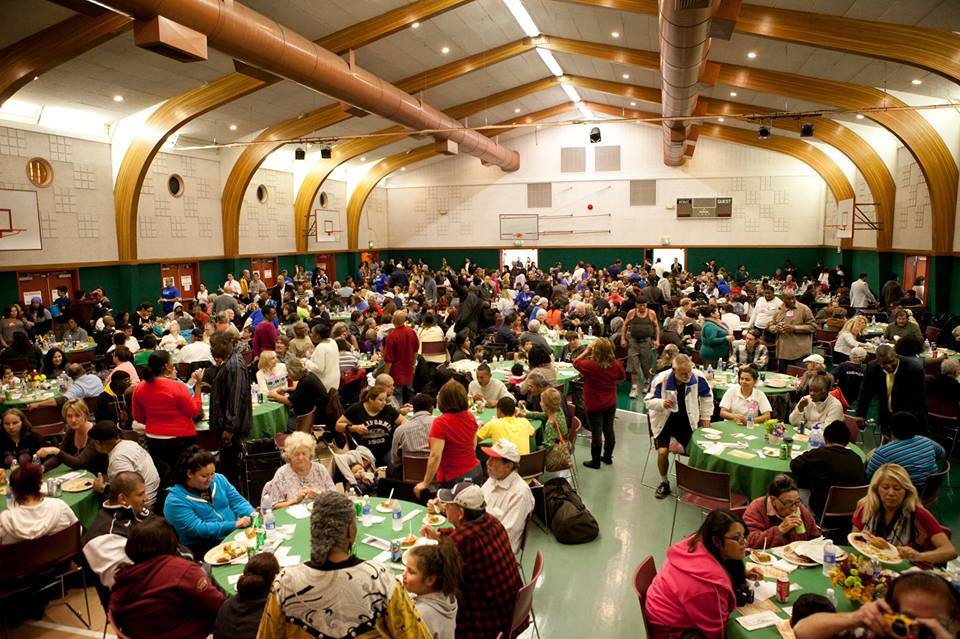 It’s a crisp, early morning at the Chatsworth Foursquare Church. A small number of people in worn jackets and winter gear is sitting in the parking lot. Several had awoken at 4 a.m. to leave their sleeping spot at the nearby train yards before security guards showed up for their shift.

This is an encore posting from our State of Inequality series.

A few minutes after nine, the pickup truck they’ve been waiting for arrives, towing a mobile shower unit that sports its provider’s name: The San Fernando Valley Rescue Mission. A middle-aged man with a full, silver mustache steps out of the truck and hands out hygiene items to the folks looking for a few minutes of hot shower.

“Eli is usually the guy who runs this unit, but I’m filling in for him today,” says Jim Real. He doesn’t mind, though. This is the first steady job he’s had in almost six years.

Until very recently, Real was one of the homeless whom he has now dedicated his life to supporting. For much of that life, Real was very well off. He owned a two-story, five-bedroom house, a ’57 Chevy, a ’69 El Camino and a 26-foot sailboat. He had his own successful business selling boat covers. Then the recession hit and within a year he lost everything.

“Once everyone started losing money, stuff like boat covers was the first to go,” he says. “Unfortunately, I leveraged everything I had to keep the business going. I should have just let go of the business. I lost everything because I was trying to hang on to everything.”

After getting a few temp jobs, Real finally found full-time work at the San Fernando Valley Rescue Mission helping provide daily meals and showers at homeless shelters and church parishes throughout the Valley. In recent years the mission has focused on providing an emergency shelter where families can stay for up to 90 days. According to Real, more than half of the shelter’s residents are under the age of 12.

But disaster struck the shelter in early May, 2014, when a fire broke out in a pallet yard next to the mission’s North Hollywood headquarters. The fire quickly spread to the shelter, and while the families sleeping that night were able to safely evacuate, nearly everything inside was destroyed. According to mission director Wade Trimmer, nearly $2 million worth of food, clothing and vehicles was lost.

Now, thanks to donations from businesses, parishes and residents, the Rescue Mission has moved its operations to Northridge and returned to business as usual. In addition, it plans to open a 90-bed shelter in April called Home Again. The new shelter will have private bedrooms, a kitchen, living area and computer room.

Stable relationships are something that some of the families in need sadly lack. When Jim Real isn’t out driving the shower truck, he works the graveyard shift at the mission’s temporary shelter. Many of the children have abusive or alcoholic fathers that the families are trying to distance themselves from, and the shelter offers a small bit of protection. Real stays with the families overnight to make sure they are safe.

“Every once in a while we will need to keep drunk guys away from their wives and kids. If they come by knocking, I’m there to turn them away,” Real said. “Fortunately, that kind of stuff rarely happens. The main reason I’m there is in case of emergency, you know, in case another fire happens.”

But while he usually works with families at the Rescue Mission, Real finds a particular calling in working with single men who have just recently found themselves out on the street. He serves as an associate pastor at the nearby New Life Church of the Nazarene, helping men build friendships and form a community so they don’t face the struggles of homelessness alone.

“At this point I’ve dealt with so much that I’m not afraid of whatever life throws at me,” he said. “But you have a lot of guys who find themselves completely alone and the general public acts as if they don’t even exist. People need physical contact, and at the church we try to get these guys to share their stories and get some perspective and realize that they can still conquer their problems. It’s all about keeping them encouraged and telling them to keep working hard — because if you don’t, you’re dead.”

But the toughest part of the job for Real isn’t trying to help out those with addictions or mental problems. It’s helping those who have immense talent yet have been left by the wayside by society. He described one man who created his own makeshift motorcycle by hooking up a bicycle to a lawnmower engine.

“There are so many people out here, especially since the recession, who are incredibly smart and have so much to offer to the world, and they have been ignored. Not too long ago they were getting along just fine and then something terrible just happens out of the blue.”

“People think that homelessness only happens to some people, but it can happen to anyone. It robs people of their dignity and places like the Rescue Mission are where they can get it back.”

(Photos and video by Jeremy Fuster)

Jeremy Fuster is a senior from the USC Annenberg School of Journalism on track to graduate with a B.A. in print journalism. He has reported on stories involving nonprofit organizations including Homeboy Industries, homeless aid in the San Fernando Valley, Skid Row community organizations and Santa Monica street medicine teams.
Related Topics:homelessness
Up Next

Down and Out in Modesto