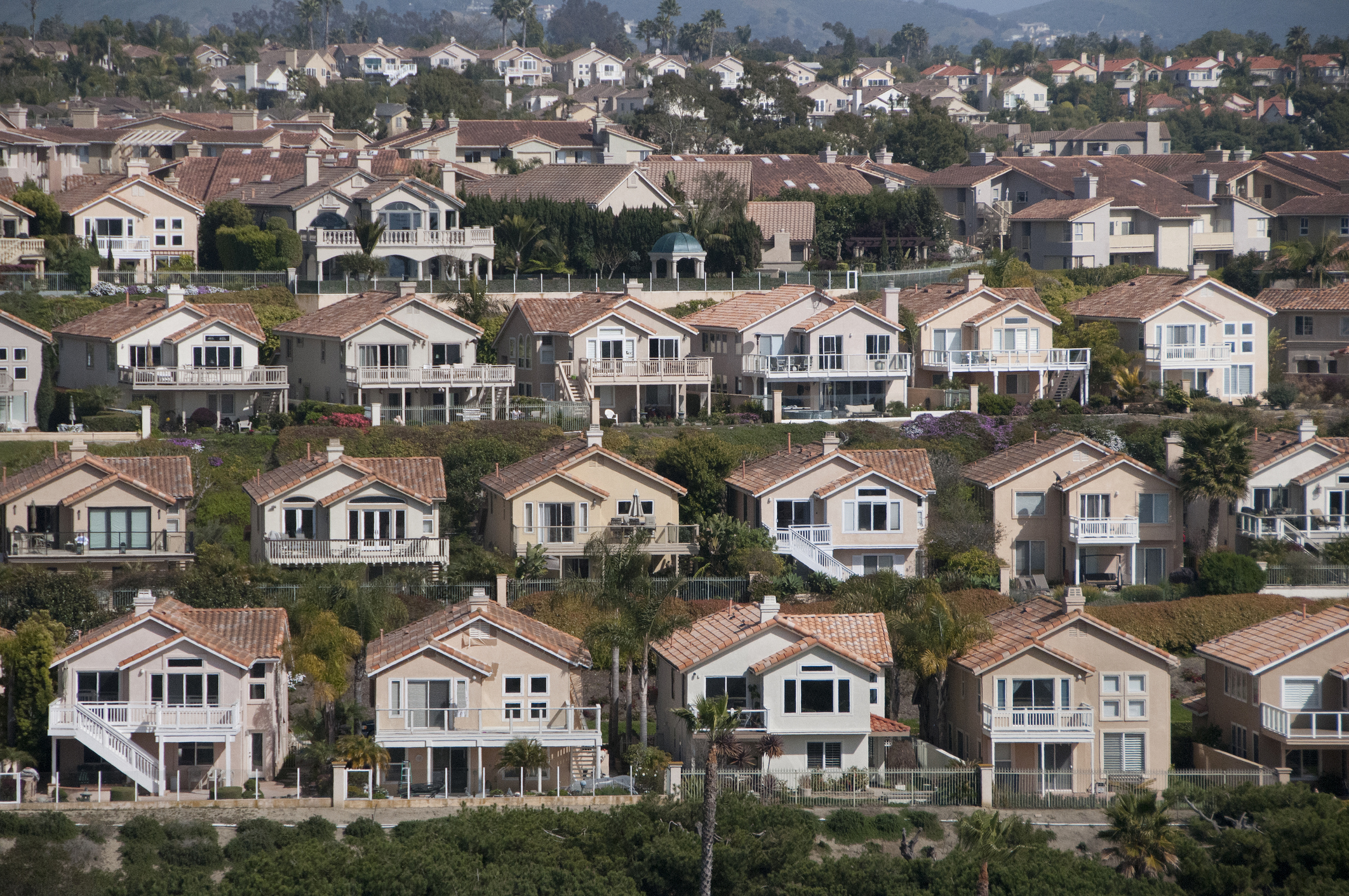 When Giorgio Angelini was in architecture school, he discovered it wasn’t the construction of houses that caught his attention so much as the shaky foundation on which the housing industry was built. So he decided to investigate. What he found was an industry with a history of systemic racism and greed. A trip to Central California inspired Angelini to spend the next five years and his own money making a feature documentary. The result is Owned: A Tale of Two Americas (premiering on PBS’ Independent Lens on Feb. 7), a filmic fever dream that combines the follow doc genre, found footage, commercials and clips from TV shows to expose the structural flaws of an industry responsible for so much social turmoil. Capital & Main spoke to the architect/filmmaker about where his investigations led him — and how, in America, home is where the money is.

Capital & Main: So how did studying architecture play into making a film about the housing industry? 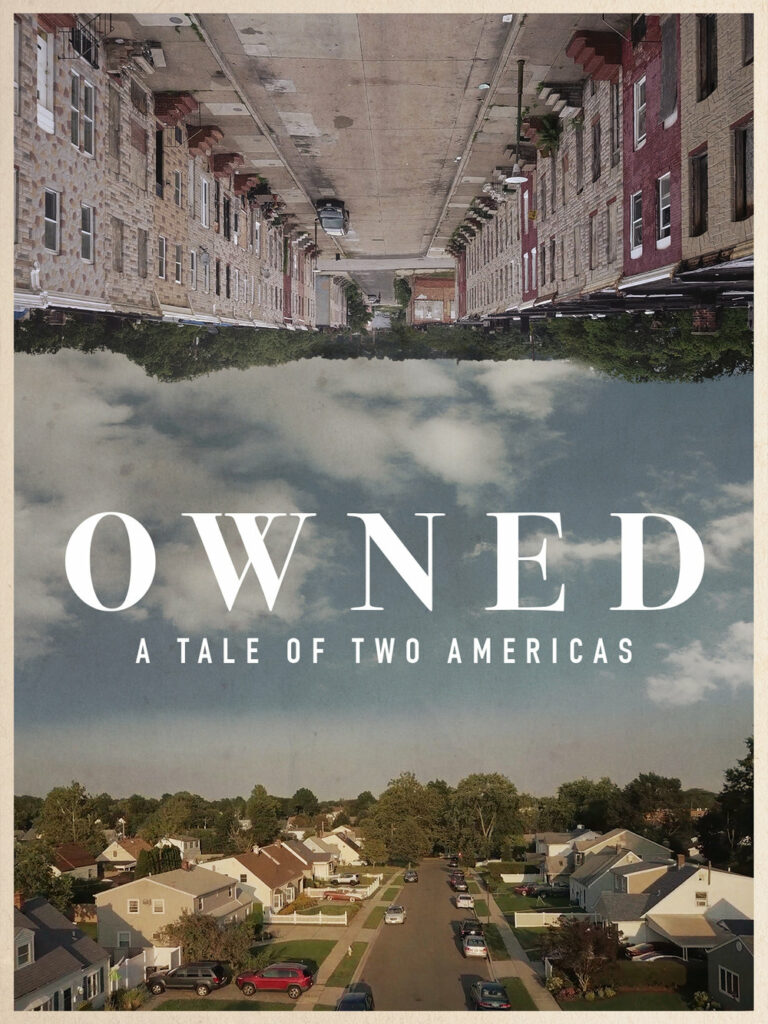 Giorgio Angelini: I went to grad school for architecture amid the housing crisis, a particularly good time to think about the relationship between architecture and its role in both the creation of the crisis and how it might help ameliorate the problems. There was a lot of talk about there being a recovery, and it struck me as a rather weird thing, because I wasn’t sure that it was a system worth recovering in the first place.

Then I had read an article in Bloomberg News about an abandoned McMansion development in the Inland Empire, which is an area of massive suburban sprawl in the desert in Southern California. It’s like a perpetual housing development without a city center. And when I got there, I found this half-built McMansion development sitting up alongside burnt down orange groves.

The global financial crisis had brought everything to a halt. And in that moment, I just felt a deep sense of alienation, like an Excel spreadsheet was printing out homes across the landscape without any kind of human intentionality. That’s when I felt like there was a film here about our relationship to housing. Is this system actually delivering [to] us what we want?

“When homeownership just means accumulating as much wealth as possible, it’s going to necessarily tease out the worst aspects in us.”

The film considers systemic racism and gentrification as well as the housing collapse. How did your focus change over time?

Admittedly my first intention was maybe more of a navel-gazy, poetic film about design and what happens when you commoditize air-conditioned square feet. And then as time went on, history evolves around you, and you have to kind of react to it. And so the uprisings, with Michael Brown in Ferguson, and Freddie Gray in Baltimore, made me feel like I couldn’t tell this critique of suburbia without really telling the bigger story.

When I was trying to get grants to make the film, people were like, “What does inner city America have to do with suburbia?” And it wasn’t until Ta-Nehisi Coates wrote “The Case for Reparations” [the influential essay appeared in the Atlantic in 2014] that I think the zeitgeist started shifting and the concept of redlining became more prevalent in the public consciousness. And people were like, “Oh, all this stuff didn’t happen by accident.”

It seems like even though the housing industry has long been used to separate the races, it wasn’t until white people started to suffer that they began to question the system?

Yeah. What I hope people get out of watching the film is a real self-interrogation of what home means to them and what home means to society. When homeownership just means accumulating as much wealth as possible, it’s going to necessarily tease out the worst aspects in us.

If you think that people of color moving into your neighborhoods are going to affect your property values, you’re going to do everything you can do to prevent that from happening. If you see your home essentially as a wealth creator, that’s what you’re going to do. And then on the financial side, predatory elements are trying to feed off your wealth through a compendium of complex financial instruments that are designed to steal money from you, basically.

“Is a home a piggy bank or is it a globally traded commodity? Is it there to build community and give you security and comfort in your life, or is it there to gain 20% in value year after year?”

After making this film, do you feel there is a better way of doing things?

I think I went into the film being fairly skeptical of homeownership. But experiencing stories of people like Greg Butler in Baltimore [a young African American man featured in the film], I realized that homeownership is actually incredibly important. It’s just that the way that we’ve structured it, homeownership becomes a kind of predatory experience. Is a home a piggy bank or is it a globally traded commodity? Is it there to build community and give you security and comfort in your life, or is it there to gain 20% in value year after year? We’ve created this game, and we can change it, account for its overtly racist past while recognizing that the system isn’t working for most Americans. It’s really working for an investor class.

So how do you fix the industry? And does architecture play a role?

There’s a dearth of imagination. The banks really control everything. And so to change the system, we have to come up with new bankable ideas.

I included the story of the Mar Vista housing tract and its designer Gregory Ain as a  reminder that architecture used to play a significant political role. And we have to get back to those roots. We were the ones with the dynamism and inventing the visions of the future, and we’ve kind of lost that. We’ve relegated ourselves to this system that we think is like the end all and be all, but we should be inventing new systems.

Exactly. This might be a little too esoteric, but there was an excitement around postwar housing and the cheapness of manufacturing. It was really the first time in human history that housing could be democratized because the cost of construction was so low. Manufactured homes were a new, revelatory concept. But that cheapness, rather than being passed along to the consumer, the developer captured all that cheapness.

So I just hope that moving forward with these emerging technologies like 3D printing, that that cheapness is an opportunity for us to actually democratize housing and make it more affordable and not just have the system capture all that savings as profit.

So are you optimistic or do you feel greed will win out yet again?

I don’t know. I think there’s a lot of people fighting the good fight. Younger generations have an awareness that older generations don’t. I’m generally optimistic, but I do think it’s going to take some time before the systems of power reintegrate with this new reality.

Inside the Fight to Make Banks Benefit Their Communities

Racism Has Caused a Public Health Crisis in California. Now What?