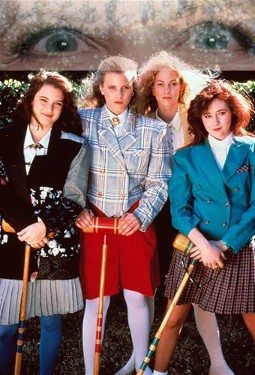 I recently received an invitation to my 10-year high school reunion, and let’s just say I have absolutely no intention of going. First of all, every day on Facebook is a high school reunion. But second, for me, as well as many others, high school was brutal. And for anyone who forgets that and is filled with a silly nostalgia for yesteryear, I encourage a viewing of the movie Heathers or even a recent episode of Glee – both of which are full of popularity contests, cliques, and the compulsion to “look good” at all costs. After high school, everyone tells you that the days of “trying to fit in” and being “cool” are over.

“The real world,” they say, “is about succeeding at college, getting a career, etc., and has nothing to do with being the captain of the football team.” But after my 10 years in this so-called “real world,” I still find cheerleaders running the show and the nerds still getting teased at lunch.

As a member of Unite Here Local 11- a union that does the hard work of building political power from the ground up — I’ve knocked on thousands of doors in support of various candidates running for office. The idea of canvassing is to engage and spark interest in the issues that matter most to local communities — good jobs, the environment, education — and let the voter know where our candidate stands on the issues. Then the voter will take part in democracy and elect strong, progressive leaders to office. Or so it should go. After all, high school is over, right?

Unfortunately, looks in politics matter. Pedigree matters. Who you are dating matters. Your group matters. And let’s just cut to the chase: if you’re fat and ugly, and have a religious affiliation that is outside the norm — good luck! One election day I knocked on a door and spoke with a wealthy, well-dressed woman. I started talking to her about the urgency of this election, how our candidate was a long time leader of progressive causes and asked her what she’s looking for in a candidate. She saw his picture on our flyer, noticed he was “overweight”, and replied, “I’m sorry. But if this guy can’t even keep off the pounds, how is he going to be good politician?” As if one’s weight defined one’s ability to create positive change for the community. I heard similar remarks from many other voters that day. Luckily our candidate won, but by a very slim margin.

On a different election day, I was walking in support of a liberal candidate in a very conservative community. The interesting part was that this was a non-partisan election, and the usual party affiliations didn’t matter. So what did? Was it his commitment to bring living wage jobs to an impoverished city or his desire to stimulate the economy through growing local business? Nope. When I mentioned his last name, that sealed the deal. He was a Muslim with an Arab last name. As soon as I said it, many voters slammed the door in my face. Needless to say, he lost — by a lot. Who won? A very polished handsome guy who probably was prom king in high school.

Has the Occupy Wall Street movement inserted a new political discourse for our country and made “the issues” the most important item of the day? Perhaps. But just a couple days ago I was talking with a friend who told me that Michelle Bachmann could never get the Republican nomination because “her eyes are so creepy.” Oh, America.

Reflective and Proactive in Our Senior Years