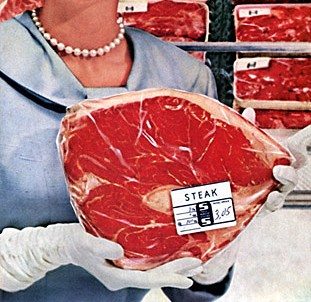 Appealing to the base: Red meat or populism?

The morning after covering the New Hampshire primary, American Prospect and Washington Post commentator Harold Meyerson was getting over a bad cold, but answered a few questions about whether the conservative electorate was becoming more sympathetic to populist pitches.

Frying Pan News: All of a sudden pro-business presidential candidates have been backpedaling or “clarifying” the red-meat comments that they’ve been throwing to their base – comments deriding Americans who are too lazy to be millionaires, or celebrating the joy of firing people. Are candidates suddenly feeling the average person’s pain?

Harold Meyerson: I think Mitt Romney crossed the line when he said he likes firing people. When Romney says it his background as a venture capitalist comes into play. As an actor he’s precisely the guy central casting would send to play a Wall Street executive.

FPN: So you don’t think the Republican candidates will be playing the populist card?

HM: Programmatically what we see is what we get on the campaign trail. However, we’re hearing a more populist tone from Santorum, who’s become the champion of white working class anger. He’s attacked Obama for encouraging high school kids to go to college, saying that’s “elitist.” That’s the kind of populism we’re most likely to see.

FPN: On Warren Olney’s show yesterday the Nation’s John Nichols said it was unlikely that the American middle class is going to rebound to the level of affluence it once held, although he thought blue collar workers might see their position improve if the right industrial policy choices are made.

HM: I’m not optimistic at all for workers or the middle class in the short term. Working class prospects can only be improved through a trade policy that will allow workers to escape wage competition from cheap labor countries.

FPN: You’ve written about how Western European countries have those policies and how that has given citizens of Germany and Scandinavia greater social mobility. Is this something that can be sold on the campaign trail – do Americans want to hear their country compared unfavorably with Europe?

HM: Santorum includes some of that language of social mobility in his populist moments. But you have to have a proposal on how to make us better, on how individuals can advance up the economic ladder.

FPN: And no one’s making the proposal for a merit-based society?

HM: Even if there’s a pervasive sentiment in this country for that proposal – and there is —  that doesn’t mean there’s going to be a presidential candidate who’s going to take that banner and march under it. Neither Romney or Obama are populists.