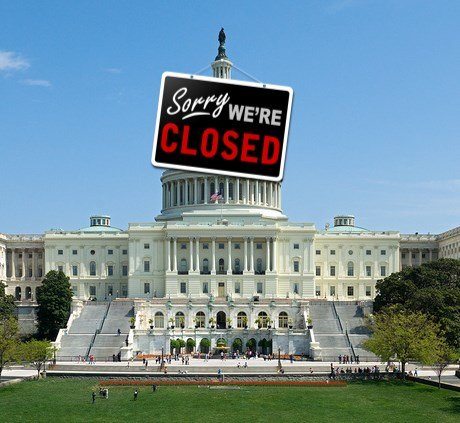 “Will Work for Food.” How many times do we see these signs at most every street corner? For those of who are federal employees and who are also union representatives and officers, the time seems to be right for us to get out our Sharpies and make our own signs.

The last several years have seen my sisters and brothers in Social Security and other agencies continually being threatened with shutdowns and furloughs as a result of the lack of federal budgets or continuing resolutions, failure to raise the debt ceiling as well as the fiscal cliff. Now as of October 1, 2013 we are going to be shut down again.

In 1995, Social Security employees such as myself were called “non-essential” and sent home. After a press blitz, we were called at home told we were essential and should come back to work — but we might not be paid. Eventually we were. Since that time, right up until this week, we have been literally on pins and needles over possible shutdowns, furloughs and closures.

Now we are about to shut down again, but this time our agency and the agency which handles all federal employees, the Office of Personnel Management, has determined that those individuals who work (and who may or may not be eventually paid) are not “essential” but “excepted.” We are excepted because, I guess, we are not being sent home.

However, in the federal government and my union, the American Federation of Government Employees, the largest non-postal federal union in the house of labor, the AFL-CIO , we have union representatives such as myself who operate on released or official time.

For the budget lockout, government shutdown or whatever it is, we are told simply that we cannot be on official time. There can be no grievances filed, no bargaining actions taken and no health and safety activity done because the government is shut down and only “excepted” people can work, who may or may not be paid. Regardless as to whether or not they are paid, union representatives are not permitted to represent employees.

So, the fight against Obamacare or the Affordable Care Act — which my union and many unions supported — has become, at least in the federal sector, yet another example of union-busting.

In 1995, Congresswoman (and now House Minority Leader) Nancy Pelosi read my name into the Congressional Record, with my comment that my fellow workers and myself were “20th century slaves” since we were working without pay. Now we are in a new century — and again we are working and may not be paid. So now we are 21th century slaves. And we cannot even be represented by our own union.

(Howard Egerman is Vice President of American Federation of Government Employees, Local 3172. He works at the Social Security office in East Oakland and his post first appeared on Labor’s Edge. Republished with permission.)

Fear and Loathing at the Supreme Court

Tea Party Over Country: Why the Shutdown Is Coming