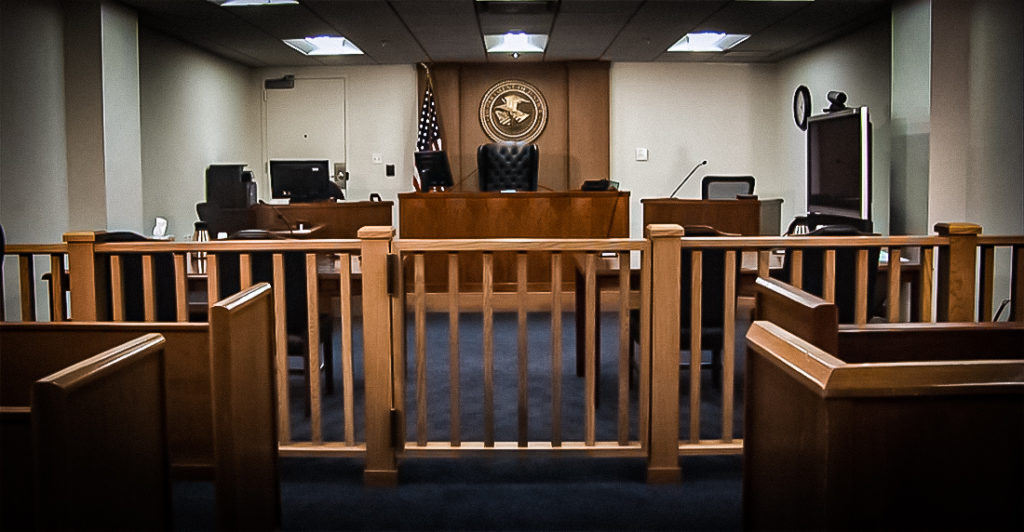 On Halloween, Syracuse University put out a report that was not the fun kind of scary. The university’s Transactional Records Access Clearinghouse (TRAC) wrote that the agency that runs the U.S. immigration courts appears to have been “silently but systematically deleting records” for about a year.

TRAC is a small research center that for years has collected and published federal immigration data using Freedom of Information Act requests. Although its work touches on some controversial topics, TRAC has generally taken an academic, nonpartisan tone in its reports.

A government response to TRAC’s request for immigration court data came back garbled in early October.

That’s one reason the Halloween report—and a follow-up published November 4—have raised some eyebrows. TRAC isn’t sure whether the records were intentionally deleted. The agency, the Justice Department’s Executive Office for Immigration Review (EOIR), denies deleting any records.

But because the federal immigration agencies don’t publish much of their data, TRAC is the best and in some cases only source of information on their work. And that means any intentional attempt to deceive TRAC would be an attempt to influence the public conversation.

The National Association of Immigration Judges (NAIJ), a union, issued a press release November 7 saying the TRAC report confirms a trend judges have noticed: Over the past year, EOIR’s data hasn’t seemed to match their courtroom experience.

NAIJ president Ashley Tabaddor—who is a sitting immigration judge in Los Angeles but speaks to the media only in her capacity as union president—says one example of this trend is EOIR’s claim that 40 percent of unaccompanied minor immigrants don’t appear in court. Tabaddor has handled an unaccompanied minor docket for about a decade, and she says the rate is 15 percent at most. She thinks that could be part of a political agenda.

Lawyer: “It really undermines the notion that the immigration court system is a place where you will receive fundamental fairness.”

“It looked like what was happening is that there is certainly a narrative that’s trying to be developed,” she said.

For years, TRAC has filed routine monthly FOIA requests for immigration court data, mostly without incident, and TRAC says EOIR has been responsive in the past when problems arose. But the response to TRAC’s request for September 2019’s immigration court data came back garbled in early October, with some values in the data seeming to correspond to the wrong variables. It asked EOIR for a corrected release, but the next data set was missing records that had been in the first batch. Third and fourth batches were still missing files.

There was no fifth batch. After TRAC wrote to EOIR to express concern about the agency’s data management practices, EOIR curtly replied that FOIA does not obligate it to create new records in response to requests or certify the accuracy of its data. TRAC did not respond to a request for comment, but its report does not say it asked for any new records or certification.

Report: EOIR cited immigrants’ privacy to explain why it was withholding certain records, although the records’ names and identifying information had been removed.

The report does suggest later on that EOIR may be deleting files from its releases, which prompted this response from EOIR’s spokeswoman, Kathryn Mattingly:

“Records that TRAC claims are ‘deleted’ are simply withheld from release to TRAC under a FOIA exemption,” she said.

Based on the TRAC report, that might refer to a personal privacy exemption. The report says EOIR started citing immigrants’ personal privacy months ago to explain why it was withholding certain records. But TRAC found that “perplexing” because the records already had names and identifying information removed—and EOIR didn’t mention it until TRAC asked about the missing data.

TRAC offers several explanations for the missing data, including bad data management that the agency is not double-checking. Its report does not accuse EOIR of deliberately trying to mislead the public.

However, if EOIR did want to manipulate the public conversation, withholding data from TRAC—the only easily accessed source of data on issues like the immigration court backlog—would be a way to quietly achieve that. Tabaddor says NAIJ started noticing a trend toward use of unreliable statistics in late 2018, putting departmental policies in the very best light even when the evidence for their success is thin.

For example, she says EOIR has publicly claimed that less than a fraction of a percent of cases are affected by technical glitches with the video teleconferencing system used to hear cases remotely—even though the system is so unreliable that it’s the subject of a federal civil rights lawsuit in New York.

Claudia Valenzuela, an FOIA attorney at the American Immigration Council, says it’s difficult to say whether there’s a political dimension to the missing data, although it’s plausible. She also thinks it could be just another symptom of chaos in the administration’s immigration policy.

“I don’t know how it benefits anyone politically… to purposefully mislead the public,” she said. “But at the end of the day, it really undermines the notion that the immigration court system is a place where you will receive fundamental fairness.”

Regardless of the reason, EOIR’s public statements suggest that the agency is not bothered about the accuracy or completeness of its information. That’s concerning for Valenzuela. She hasn’t noticed missing numbers in any of her completed FOIA requests, but now she’s looking.

“The TRAC report has just put us on notice,” she said. “We’re going to be pretty vigilant about any discrepancies that that we face.”