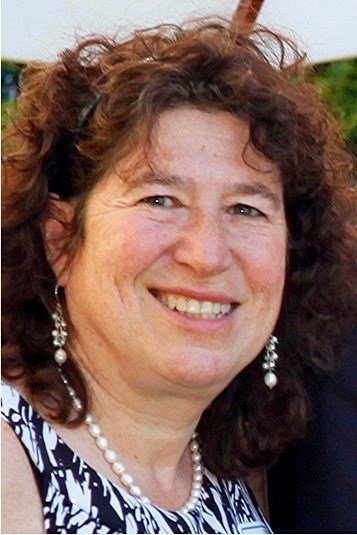 Everyone is talking about living wages, but few have actually written the laws that stand behind them. Margo Feinberg has done just that. As an activist labor attorney for more than 30 years, she has played a critical part in shaping groundbreaking legislation, including a worker retention law to ease the plight of workers in industries that change management frequently, as well as a landmark superstore ordinance to protect neighborhoods from the blight that often follows in the wake of a Walmart. Currently, Feinberg is involved in a campaign to secure sick days for nonunion grocery store workers, many of whom have no such benefit. In recognition of her accomplishments and commitment to economic justice and working families, she will be honored at the Los Angeles Alliance for a New Economy’s Women for a New Los Angeles Luncheon on May 9. We spoke to Ms. Feinberg about her life and work, and her fascinating family history.

You helped write the Los Angeles living wage ordinance, which was one of LAANE’s earliest victories. With living wage efforts mounting around the country, how have things changed in the last 20 years?

The Los Angeles Living Wage Ordinance served as the model. Today there are more than 120 cities and counties that have adopted living wage laws that set pay standards, many of them in the $12 to $15 an hour range, and which provide paid days off and other protections we originally included. As importantly, I think this movement helped change the conversation about wages and the mindset of public entities when contracting out. For too long, cities were only interested in the bottom line and did not consider the impact of getting contracts at low prices, which resulted in city dollars going to contractors who were substandard employers.

You’ve also worked with LAANE on Superstores and the Grocery Worker Retention Ordinance. What were their goals and how do they fit into today’s economic situation in Los Angeles?

The opening of a superstore such as Walmart can easily mean the closing of quality retail stores that have served the neighborhoods and their employees well for years. The Superstores Ordinance championed by our current mayor was designed to ensure that an economic impact study be done before the permitting of such a large scale development. This ordinance would be more effective if it was adopted in other locales, and capture other superstore models that have developed since. We continue to work for that.

Grocery worker retention is designed to ensure stability of employment in industries where management changes over, through no fault of the workers. We have seen this volatile process in the hospitality, janitorial and, more recently, in grocery retail industries. Workers should be given a chance to prove themselves to create an experienced and stable workforce in L.A.

In your work as a union lawyer you have been part of many campaigns driven by the needs of the workers. Can you share with us something you are working on at present?

I am proud to work with labor unions, such as the UFCW (United Food and Commercial Workers), who have committed themselves to not only serving the membership base that they organized over the years, but who continue to organize to give workers a voice in their workplace. Our long-time union members have benefits that many non-unionized workers have not been able to realize. Our recent experience in the grocery industry has revealed that many nonunion groceries do not provide any form of sick leave. In addition to opening the door for these workers to a union setting, we are crafting a law and looking to the City of Los Angeles to ensure that these workers have this critical right, to take time off when they or their child is sick, without fear of pay or job loss or retaliation.

LAANE has chosen to honor you this year, is there something significant to you that it is at the women’s luncheon?

I am so touched that LAANE has chosen to honor me. I have worked in partnership with LAANE from its inception and consider Madeline Janis and Roxana Tynan such brilliant and innovative leaders. I have learned much from our collaboration. The fact that this is a women’s luncheon is particularly meaningful. Much of my work grows out of the women’s community, from my days in college, when I ran on a women’s issue slate at U.C. Berkeley, to my Presidency of the Clara Foltz Women’s Union at Hastings College of Law, to my work with the National Lawyers Guild’s Women’s Labor Project and the Los Angeles Coalition for Reproductive Freedom. My life has been enhanced by the many wonderful women friends who I share this journey with and who I consider my sisters.

As our theme for the luncheon this year is Women Mentoring Women, who were some of your mentors growing up or when you were beginning your career? And tell us if you have or are mentoring any young women currently.

I graduated from law school in 1981. Women were just reaching equal numbers in the law schools at that time. That meant that for the decades before most attorneys were men. There were as a result not many women mentors as labor lawyers. I did have wonderful contemporaries and we mentored each other. One of my closest friends from college, Ruth Pulda, became a labor lawyer like me, but on the East Coast. Until we lost her to cancer a few years ago, she and I were on our life path together. I am also lucky that a few years after I began practice, Dolly Gee came to work at my firm. She became my partner in so many aspects of my career. I learned so much from her. She now sits on the federal bench, and I don’t have the luxury of chatting with her on a daily basis.

I also had a number of wonderful women and male mentors in the National Lawyers Guild, such as Tom Steel and Barbara Dudley, who shared with me their combination of keen critical thinking and compassion. I was most fortunate to come to work at Schwartz Steinsapir Dohrmann and Sommers upon graduation. I am still there, more than 30 years later, and that is because my male senior partners believed in me and opened many doors. I like to believe I am a mentor to young women entering the legal profession and the labor movement. But the young woman I am most committed to mentoring is my 12-year-old daughter Helen, who is already taking the world by storm.

Your mother, Helen Freeman Feinberg, was an amazing and accomplished woman with her own place in history–how did her life choices inspire you?

My mother was a very modest woman and yet quite exceptional. She was soft spoken and kind yet fearless. As a young nurse at the age of 21, despite the apprehension of her family, she left for Spain to lend her service in support of the people whose democratic republic was being ravaged by Franco. She was injured there and returned to serve as a public health nurse in Ecuador after the border war, as an administrator with JOINT [American Jewish Joint Distribution Committee] in Germany assisting those coming out of the concentration camps, working as a public health nurse with migrant workers in the labor camps in Oregon, and then with the garment workers in New York City. She did all this before she met my father, Charles Feinberg, a brilliant scholar, organizer and civil rights and health advocate in his own right.

You also married into a family of organizers. Your husband Fred Ross Jr. is well respected as a visionary community and labor organizer, and his father is the legendary Fred Ross Sr., who trained and worked alongside so many organizers, including Cesar Chavez and Dolores Huerta. What can you share with us about this dynamic father and son?

I guess you can say we are the house that labor built. I am lucky to have in Fred a life partner who shares my values, be they on the raising of our fabulous children, Charley and Helen, or the way we see the world and our roles in it. Fred, like his father before him, is a committed and creative organizer. He is not one to be in the front of the crowd, but like his dad is one to help others realize their potential and their power. My husband now works for IBEW (International Brotherhood of Electrical Workers) Local 1245, and is focused on creating a new generation of organizers. He, along with his colleagues there, has developed an innovative Organizing Stewards program, where the rank and file members immerse themselves in labor history and approaches to organizing. They then take leave from their jobs to lend support to other organizing efforts — be it the UFCW with Walmart or the Teamsters with Taylor Farms or recent battles in Wisconsin or Michigan.

You’re involved in a lot of grassroots organizing yourself. Tell us about your work with Not in Our Town.

Not in Our Town is an amazing organization that combines the best of community organizing to respond to acts of hate and bullying to create safe and inclusive communities. It combines that organizing with the power of the documentary and news media to tell the story of community responses to hate crimes — be they against Jews, immigrants, Sikhs or transgender people. The best organizing occurs when workers or community members tell their own stories. Not in Our Town provides the platform for that to happen in a powerful and effective way. I hope your readers check out their webpage at NIOT.org and see some of this powerful work.

Related Topics:Women for a New Los Angeles Luncheon
Up Next

The Rise of Income Tax Inequality