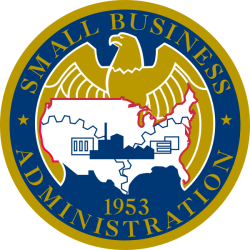 National Small Business Week is coming up in June, offering a good opportunity to contemplate what role small businesses play in both our cities and economy.

While most small businesses have a small workforce, cumulatively they provide a large percentage of the nation’s jobs. Many of the workers they hire are harder to employ, particularly in disadvantaged and immigrant communities. According to the U.S. Small Business Administration, “More than half of Americans either own or work for a small business, [which] create about two out of every three new jobs in the U.S. each year.” They also contribute to our local economies more than national or multinational corporations by keeping revenues in their local areas.

Companies like Walmart, Amazon and Target have come to dominate our commercial landscape, on the ground and virtually. These one-stop retailers can destroy their competition – mainly a wide variety of small businesses but also high-road large retailers – by taking a heavy-handed, profit-at-any-cost approach. For the stores’ neighborhoods, this can result in the depression of wages, replacement of long-time jobs with poverty-wage jobs and empty Main Streets. In particular, superstores are touted as an economic silver bullet that will bring jobs and increased revenues to cities. Based on this argument – with no real evidence to back it up – these retailers ask for expedited permits and taxpayer subsidies. But we need to ask ourselves, should we be handing over the keys to large corporations without really knowing what impact they will have and whether it will be better for communities?

Workers and small businesses have a shared interest in making sure development contributes to communities. We can create a climate where development moves forward while preserving good jobs and local, small businesses. AB 667, which was recently introduced in the California Assembly, would do just that. Modeled after similar legislation passed over 10 years ago in Los Angeles, the bill would require any superstore applying for permits in “economic assistance areas” or seeking public subsidies to conduct an “economic impact report” to measure effects on surrounding small businesses and existing employment. It would also require a public hearing after the report’s completion.

Local cities and municipalities would benefit from the tools and information this legislation would provide, allowing them to make decisions about major developments and spending millions of taxpayer dollars based on more than just vague promises. Stay tuned for updates on the bill.