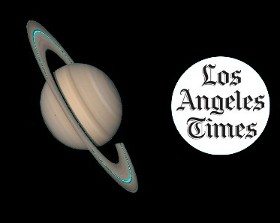 Last week economist Manuel Pastor and I went to talk to the L.A. Times editorial board about the importance of “updating” its position on living wage policies. The week before, the Times had written an editorial in support of the MTA construction careers policy, but at the same time criticized living wage policies as part of “a long and mostly unsuccessful history of using public resources to try to engineer positive social outcomes.”

Over the years, the L.A. Times editorial board has written at least a dozen editorials criticizing the various living wage policies adopted by the city and county of Los Angeles as job killers, bad economic policy, government interference with the market and many more names.

One of the things that I have written about before is that living wage policies in Los Angeles have actually been very successful. No study or testimonial or statistical review shows that significant negative impacts have ever resulted from any of the living wage ordinances that have been adopted by various governmental entities in L.A. County. And thousands of people are living more decent lives with health benefits and paid days off as a result of those policies.

The discussion at the editorial board, led by op-ed editor Nicholas Goldberg, was a good one. I’m not sure that means that the Times  will change its position on living wage ordinances, but board members did listen. At the end, the business section editor, John Corrigan, asked me to comment on the need for good jobs as part of the economic recovery, as well as simply jobs. To my surprise, they posted the comments.