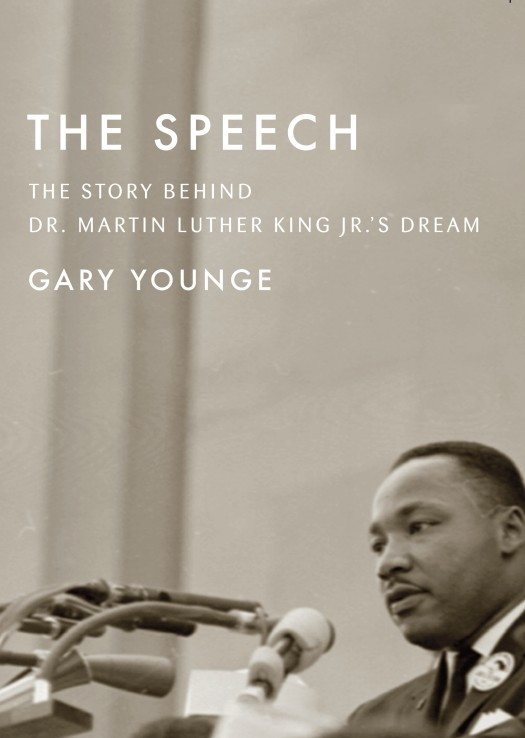 August 28th marked the 51st anniversary of the historic March on Washington for Jobs and Freedom. On that sweltering day in 1963, amidst an atmosphere of racial tension stoked by political indecisiveness, as well as acts of violent Southern resistance defined by bombings and bloody protests, 250,000 Americans converged on the National Mall. There, facing the Lincoln Memorial, educators, clergymen, entertainers, civil rights leaders, politicians and ordinary citizens listened to a day of speeches, prayers and song. They had gathered so that their voices could be heard throughout the nation, but one voice on that day would be heard above all others.

Dr. Martin Luther King Jr. was the last speaker when he delivered his “I Have a Dream” speech. That historic oration is the subject of The Speech: The Story Behind Dr. Martin Luther King Jr.’s Dream, by Chicago-based journalist Gary Younge. Its four chapters brim with key insights and revelations about those troubled times, the run-up to the Washington march and King’s speech. Younge will discuss and sign copies of his book Tuesday, September 9, 7 p.m., at Eso Won Books, 4327 Degnan Blvd.; Los Angeles. Capital & Main recently spoke to him about his research.

Capital & Main: Is this the best speech that Dr. King gave or simply the most famous?

Gary Younge: This was not his best speech, merely his best known. I prefer “Where Do We Go from Here?” [delivered in Atlanta in 1967], where he critiques, among other things, capitalism. The speech in Washington was the best speech for the moment, and for the event.

Is it true that by the time of King’s  death in 1968, the speech, which had helped win him the Nobel Prize, was largely forgotten?

I wouldn’t say that it was forgotten. You have to understand that when King was assassinated, his image had undergone a significant transformation in the public’s eye, and he was painted as a communist sympathizer, a dangerous radical etc., by the FBI and some elements of the press.

Do you think Dr. King’s speech was the defining moment of the civil rights movement?

No. It was important, true, but I think the [1963] mass action in Birmingham was the movement’s defining moment. The speech and the event in Washington presented an opportunity for the movement to articulate its vision to America and showcase its broad coalition of civil rights, labor and religious elements. This was particularly effective at the dawn of the media age.

Ironically, the refrain “I have a dream,” was never intended to be part of the speech. Is it true that the gospel singer Mahalia Jackson was responsible for its use?

Those four words were not in the original draft written by Clarence Jones at 4 o’clock in the morning that day. King had used them before, most notably in Detroit. Many people are surprised to learn that portions of the speech he gave were extemporaneous. Yes, credible witnesses, including Jones, have verified that it was Mahalia Jackson who stood up during a pause and said, “Tell them about the dream Martin.” And he did.

You say in your book that a great speech is both “timely and timeless,” and you also quote Andrew Young as saying that “it wasn’t a black speech; it wasn’t just a Christian speech. It was an all-American speech.” Do you think Dr. King’s words have greater relevancy and urgency today?

There is a big problem with the way in which Dr. King’s speech has come to be understood. It is now seen as something of a historical artifact. You have to carefully read the whole thing and not just cherry pick certain parts of it. He wasn’t just talking about a color-blind society. We look at the Ferguson incident, unemployment, the wealth gap and in many ways we are still talking about the same things now as we were then.

Related Topics:March on Washington 1963Martin Luther King Jr.
Up Next

The Picture of Dorian Schwarzenegger