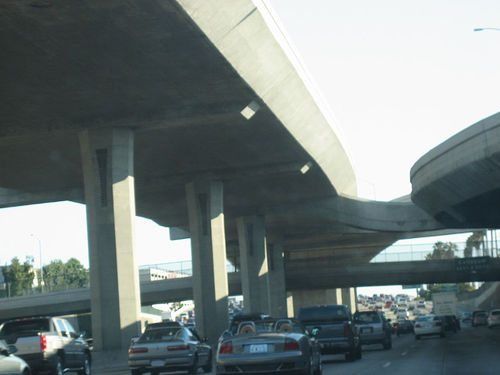 So far the HOT Lanes (High Occupancy Toll Lanes) experiment is going well. On the program’s first business day, Los Angeles County’s transportation agency, Metro, reported that “traffic was flowing smoothly in the heart of the morning rush hour,” and despite some grumblings from the media, all was well on the I-110. As commuters adjust to the new system, there are a few questions that we need to ask to understand the future of HOT Lanes. And despite my lack of clairvoyance, I’d like to submit my educated guesses on the future success of tolls in Los Angeles.

First, does the system work? At its most basic level, we will need to see if the technology works, if the Metro bureaucracy is a barrier for commuters and if the CHP can adequately enforce the rules. The answer to these questions will take time, but since the program has been successfully implemented in several places across California, such as the I-15 in San Diego and the I-680 in the Bay Area, I’m going to say, yes, the system will work.

Second, will this project help reduce traffic, incentivize carpooling and increase the use of public transportation over the long run? Again, the jury is still out, but I assume the HOT Lanes will probably not create a big traffic impact. HOT Lanes have a lot of potential to impact traffic, but structurally, it can only accomplish so much for the following reasons:

Finally, will HOT Lanes be equitable? My guess is that Metro has yet to take the necessary steps to make this a reality. As I reported before on Frying Pan News, public officials, including Congresswoman Maxine Waters, have portrayed HOT Lanes as a fast lane for the rich. Metro quickly pointed out its equity program for low-income commuters, the continued free use of the lanes for carpooling and that commuters of all incomes will find the lanes helpful and inexpensive for emergency trips. Some, including Los Angeles Times columnist Steve Lopez, argue that having the wealthy pay more to support transit investments in low-income communities is essential to creating an equitable transportation system.

In fact, this is already happening. With a $210 million grant from the federal government, and an additional $20 million of revenue from toll fees, Metro has made major investments in these corridors. These include 59 new alternative fuel buses and operating subsidies for the demo period, 100 new Metro Vanpools, the El Monte Station Expansion, a new transit station at Patsaouras Plaza, Harbor Transitway Park & Ride upgrades, new bicycle lockers at the Harbor Gateway Transit Center, a bicycle station at El Monte Station and the Metrolink Pomona Station Expansion.

However, these investments have yet to include increased bus service or even restoring the 860,000 hours of service cuts from Metro made since 2009. This will be key to determining whether HOT Lanes are equitable. As Metro increases investment in transportation infrastructure, will it be at the expense of the needs of working-class and poor people in Los Angeles? Moreover, with an increase in crime this year on Metro buses and trains, will Metro invest in safety measures to keeps buses accessible to the people who need them?

My prediction is that tolls on Los Angeles freeways are here to stay. The toll lanes will work and, if there is a serious structural problem, Metro will likely fix it before they abandon the project. However, in order to get all the benefits from the tolls, especially those for low-income residents, Metro will need to do a lot more.

Related Topics:L.A. Metro
Up Next

Tom Hayden: Looking Back and Forward