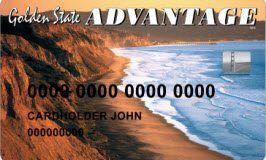 In 15 days, food stamp benefits will be cut by some 20 percent, thanks to Republicans in Congress who tossed this mean-spirited gem into one of GOP’s hostage bills that President Obama was forced to sign because a veto would result in the government shutting down, or the US reneging on its bills, or something equally destructive.

On October 1, millions will see their benefits stripped away or cut greatly.

Most unemployed people will get cut off. Many working poor, who rely on food stamps to make ends meet, will go hungry. So, too, will countless military families – a separate disgrace in and of itself. Far too many homeless families and individuals will find their chair at the dinner table yanked away just as they are sitting down to eat, a sight gag that hasn’t been funny since it was pulled on Fatty Arbuckle in some of his movies back in the Twenties.

“Churches and charities can take up the slack,” harrumphed Robert Royal on an episode of Moyers & Company not long ago. Royal runs The Faith and Reason Institute, a right-wing group loosely affiliated with conservative elements in the Catholic Church.

But Royal, an avowed supporter of the Gekko-Galt Romney-Ryan ticket, was shocked into dumbfounded silence when Sister Simone Campbell, organizer of the “Nuns on the Bus” anti-poverty tour, pointed out that Bread for the World did a study and found that every last cathedral, church, synagogue, mosque, temple and meeting hall in America would have to raise an additional $50,000 every year for 10 years to compensate for the GOP plan to eliminate food stamps.

All he could muster was a half-hearted, sort-of but not really embarrassed, “Of course we need to take care of the needy” but never explained how “we” will do that if food stamps go away.

“‘We’ will go hungry,” Ruth, a homeless single mother of three in Philadelphia says when I tell her what Royal asserts. For the past three years, she has shuttled her family between shelters, spare rooms at friends and relatives, and a motel paid for with city and state assistance. “Without food stamps, there’s no way I will be able to eat every day and make sure the kids get enough.”

Chipping away at the bolo punch-like triple whammy of hunger, poverty and homelessness could already be underway if House Republicans had allowed Pres. Obama’s American Jobs Act (AJA) to come to a vote. No one can pull themselves out of poverty, put food on their table or a roof over their head if they aren’t working.

Indeed, the Macroadvisors blog calculated recently that AJA would have had a major and immediate impact on reducing unemployment. Spending measures in the bill aimed at maintaining state and local government jobs along with funding infrastructure modernization would have boosted non-farm employment by 1.3-million people by the end of this year and nearly another million more by December 21, 2013. Overall, Macroadvisors found, GDP this year would have been raised by 1.3-percent – a hefty increase in an economy the size of the United States.

Yancy Derringer – that’s actually his name; his mother loved a television show with that title that aired when she was pregnant with his oldest sister, but saved the name for him – has operated heavy road building equipment since graduating from high school. But Yancy, who now lives in Ohio, hasn’t had steady work since 2008 and was homeless several different times during 2010 and 2011. He says he should be working because highways in Ohio are in terrible shape.

“It don’t matter if it’s the interstate or county roads,” Derringer maintains, “there ain’t a highway or street in Ohio that don’t need fixing or rebuilding.”

Just as Congressional Republicans insisted on cutting food stamps, they refused to pass the jobs bills sent up to the Hill months ago by The White House. To make matters worse for people such as Yancy, conservatives view infrastructure projects as, well, damn near Communist. Columnist George Will actually sniffed  in February, 2012, that government funding of high speed rail is nothing less than a socialist plot to destroy the American spirit:

“(T)he real reason for progressives’ passion for trains is their goal of diminishing Americans’ individualism in order to make them more amenable to collectivism. To progressives, the best thing about railroads is that people riding them are not in automobiles, which are subversive of the deference on which progressivism depends.”

That Mr. Will’s pinched facial expression always makes him appear as if he smells something bad is beside the point. What is important is that he reflects the universally held view of conservatives that government spending is bad per se even though the jobs created benefit not just the fellow who gets a paycheck but also the nation as a whole when the money is for infrastructure projects.

Homelessness, poverty and too few jobs for too many people is a problem the media keeps invisible.

According to Extra!, which isn’t a cable network celebrity gossip show but the magazine of media watchdog Fairness and Accuracy in Reporting (FAIR), an analysis of the 10,489 campaign stories on major news outlets so far this year, only 17 addressed issues of poverty, homelessness and hunger.

“Discussions of poverty in campaign coverage were so rare,” FAIR concluded, “that PBS NewsHour had the highest percentage of its campaign stories addressing poverty — with a single story, 0.8 percent of its total. ABC World News, NBC Nightly News, NPR’s “All Things Considered,” and Newsweek ran no campaign stories substantively discussing poverty.”

This is disgusting. Why isn’t something affecting 1-in-6 Americans considered news?

“Try ‘pitching’ a story about poverty or homelessness to a newspaper or local station,” complains a community organizer in Massachusetts, “and they say ‘maybe’ when they really mean it’s not feel good, or good video or pictures. But watch WBZ any night or read the Globe and it’s all about fires, accidents and ‘scandals’ that don’t really affect anyone. It sure isn’t real news.”

(WBZ-TV is a local Boston station owned by CBS and The Boston Globe is owned by The New York Times so it’s not as if the outlets lack resources to cover serious news.)

I know what she means.

When I worked as a reporter in TV newsrooms in Minneapolis, San Francisco and Chicago, the motto of news directors and producers was “if it bleeds, it leads” or “if it blows up, we show up” – and I worked at stations providing what passed as quality news coverage. It was very difficult convincing the assignment desk to let me do stories on subjects such as poverty, hunger and homelessness that would have unnerved viewers eating dinner or getting ready for bed.

So the issue remains hidden from most Americans, who are blissfully unaware as they sit down during dinner to watch the evening news report that a car caught on fire that tens of millions of their fellow citizens are hungry, have not worked in months or even years, and do not have roofs of their own over their heads.

Charley James is a journalist and author whose next book is about his experience becoming homeless. His post first appeared September 16 on LA Progressive and is republished here with permission.

Brooklyn Tells Walmart to “Talk to the Hand”