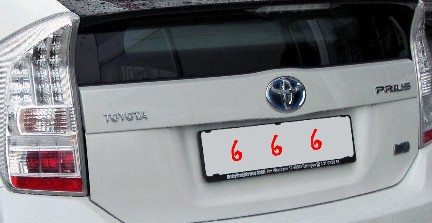 My gym routine is pretty fixed: After suiting up I spend exactly six minutes on a LifeCycle. I follow this by asking the lobby receptionist to turn off the religious programming from the big-screen monitors, then do a few minutes of stretching before hitting the weights. Half an hour later I usually wind down my workout by repeating my request to change the megachurch channel, then finish up with exactly 12 minutes on the LifeCycle before returning to the locker room. I shower at home.

In case you’re wondering, No, my health club’s TV screens didn’t always feature charismatic preachers. It’s just one of those “new realities” and so when I make my requests of the receptionist, I try not to come off as some PC jerk who’s going to hell in his hybrid because he wants to keep Jesus out of his gym and Santa Claus out of the Constitution.

We as a country, however, may very well be headed due south to a very hot place. There are signs, large and small, of events and behavior that not that long ago would bring people out into the streets — but which today we barely greet with shrugs. Here are five examples.

Homelessness Panhandlers, hobos and squatters have always populated certain parts of the American landscape. However, the sight of armies of men and women living under bridges, begging on highway off-ramps or setting up tents on sidewalks – that was only the stuff of dystopian novels. Now it’s as American as 1984.

Surveillance Cameras  Speaking of 1984, remember when “Orwellian” was a bad word? Today public spaces bristle with surveillance cameras and no one asks why.

Endless War Who says the public has no patience for ill-conceived, open-ended wars? Our only plea to Washington seems to be, “Please sir, can I have some more?”

Spectacular Scandals Let’s face it, we’ve been viewing news coverage of every post-Watergate scandal as a boring intrusion on our leisure time. All those figures, all that money and all those diagrams.

Preferred Parking Does anything more vividly spell the end of the democratic commons than fining people for parking on public streets for which they don’t own a parking permit? Soon we’ll probably be fined for driving through Beverly Hills without a residential permit.

Against the Mighty Amazon

Welcome to the Frying Pan—Now Get to Work!