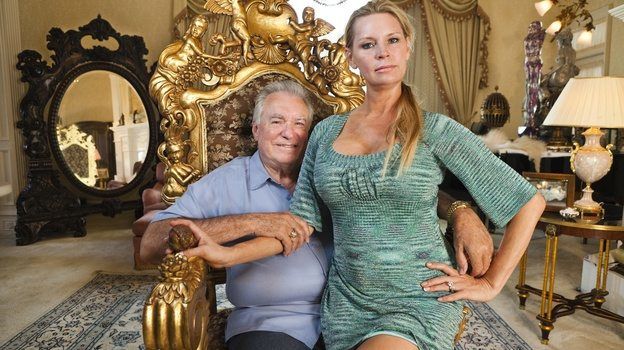 There’s a scene in Lauren Greenfield’s likable documentary, The Queen of Versailles, in which the titular monarch, the wife of time-share mogul David Siegel, announces she is shoveling $2,000 worth of caviar into her mouth. “Somebody’s gonna get fired,” grumbles her husband, a former billionaire who is now desperately pinching pennies as his creditors tighten a noose around his troubled empire.

The film is full of such jarring moments, making it partly an American economic fable, partly a reality TV show. Like many such train wrecks, the story takes place in Florida and, like many a tale of real estate rise-and-ruin, it begins on the eve of the recent recession. That’s when Greenfield set out to capture the Siegels’ construction of the largest house in America – a 90,000-square-foot monstrosity inspired by both Louis XIV’s court at Versailles and the Paris Las Vegas hotel and casino. Among other things, its floor plans called for 23 bathrooms, a 20-car garage, a bowling alley, an ice rink and three pools.

Then, as the bubble bursts, we find ourselves ringside at the implosion of Siegel’s business, Westgate Resorts.

What prevents Greenfield’s film from becoming a smug chronicle of financial hubris is Jackie Siegel, a one-time beauty queen who married David, a man 31 years her senior, when they were both on the marital rebound. She is a blond, adorably vapid Amazon who struts around their current, “too-small” mansion in blue-jean cutoffs and peek-a-boo tops that continually reveal the silicone valley between her surgically enhanced breasts. Jackie is also a shopaholic and serial mom with eight children. Early on, she sighs that she can’t possibly run her household without a large staff, but soon after the economy heads south, the Siegels dismiss 19 of their employees and leave the running of their home to four hopelessly overworked Filipino women.

The Siegels are not simply clueless vulgarians sleepwalking through a palace crammed with French rococo furniture, stuffed dead pets and laughably heroic paintings of themselves. Both David and Jackie came from modest backgrounds and, in many ways, they can’t escape their roots – the junk food they eat, the gold-lamé tackiness of everything they consider classy.

“People who don’t want to be rich,” David declares, “are dead.” Comments like this will anger many viewers (he also boasts of winning the White House for George W. Bush in 2000), but the Siegels are not the kind of One Percenters who have to worry about a guillotine being brought out any time soon. Instead, they remain a couple adrift in an America whose horizons for opportunity have suddenly narrowed. The difference between them and most of their countrymen is that they get to wait out hard times in a mansion.