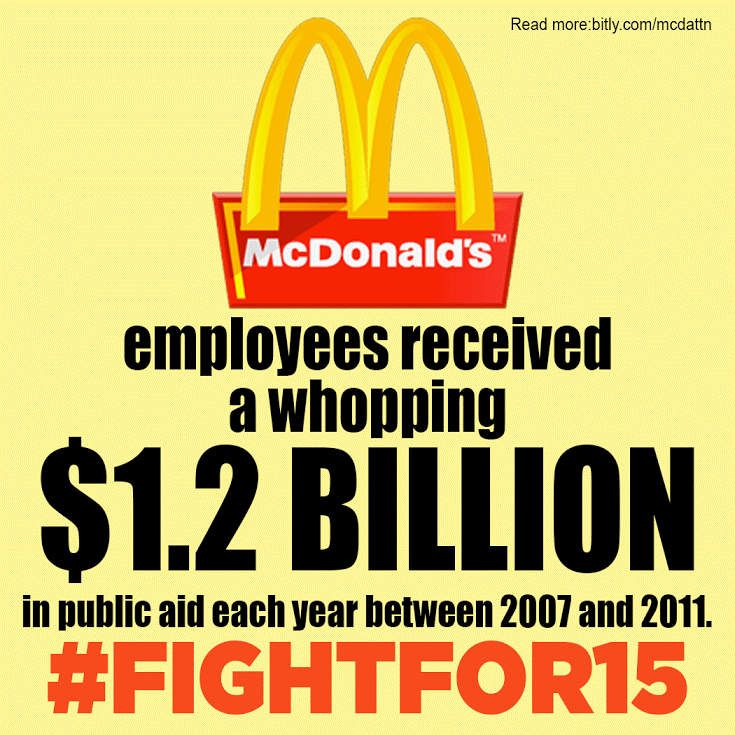 On Tuesday, November 10, Los Angeles and Long Beach will join the National Day of Action built around #FightFor15. Its message, which has been spreading since last April’s Tax Day demonstrations, will be announced loud and clear in 270 cities: Fast-food and other low-income workers in America deserve a break today – a national $15 hourly wage and the ability to organize into unions.

That is why fast-food workers will be walking off their jobs in a nationwide strike tomorrow. To learn what other actions are taking place across California, please check out Fight For 15’s website and its Facebook page.

In case you may think that comparatively few workers actually earn the minimum wage or would directly benefit from the proposed wage boost, consider this: According to a study from the National Employment Law Project, 42 percent of Americans earn less than $15 an hour. Also: Tomorrow’s date is not entirely without significance – it’s exactly one year from 2016’s elections, when ballot initiatives raising the wage to $15 an hour are expected on the ballot in several states.

Los Angeles:
What: National Day of Action March in Los Angeles
When: Tuesday, November 10, at 11 a.m.
Where: Seventh and Alameda streets.