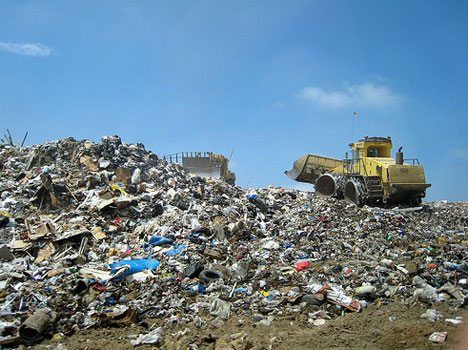 The best measure of progress is often the desperation of its opponents. So if there were any doubt about the significance of Wednesday’s L.A. City Council vote to transform the city’s multi-family and commercial waste and recycling system, the shrillness of those in the minority offered final proof.

“This is the day justice and democracy died,” declared one detractor. He was outdone, however, by a fellow naysayer, who, invoking the ghosts of Stalinist Russia, bellowed, “Vote straight communist – the life you save will be your own. That’s what’s happening here today.”

Aside from the minions of big business interests following in lockstep with the Chamber of Commerce, there were few traces of authoritarian rule at City Hall yesterday when the Council made its decision to jettison a system that has failed almost everybody. Indeed, democracy seemed alive and well, with an overflow crowd both participating in and witnessing an epic exercise in self-government.

Dozens of Angelenos were called to the lectern for public comment by Council President Herb Wesson, adding their voices to the hundreds who had testified for and against overhauling the city’s multi-family and commercial waste and recycling system over the past three years. And while opponents had their say, in the end it was the reformers who carried the day, and for the very best of reasons: because today’s vote will advance the common good.

How else can one characterize a decision that will bring recycling to hundreds of thousands of residents, remove polluting trucks from our streets, put an end to rate gouging and protect the people who sort our trash? That’s what an exclusive franchise system for waste and recycling will deliver, if the experience of dozens of California cities is any indication.

Of course, argue is exactly what opponents did, at a volume and intensity seldom heard in Los Angeles politics. Led by the pro-big business lobbyists Cerrell Associates, they threw everything they had at the plan championed by the reform coalition Don’t Waste LA. But city leaders did their own sorting, tossing aside what amounted to a disposable idea – the alternative proposal backed by the Chamber of Commerce and others for a status quo-preserving, non-exclusive franchise system.

When the opponents’ final gambit – confusing the issue with a mind-numbing series of amendments – went down to defeat, all that was left was the roll call on one of the most far-reaching progressive reforms in a generation. The resounding 11-3 tally left no doubt that a failed system had finally been consigned to the trash bin of history.