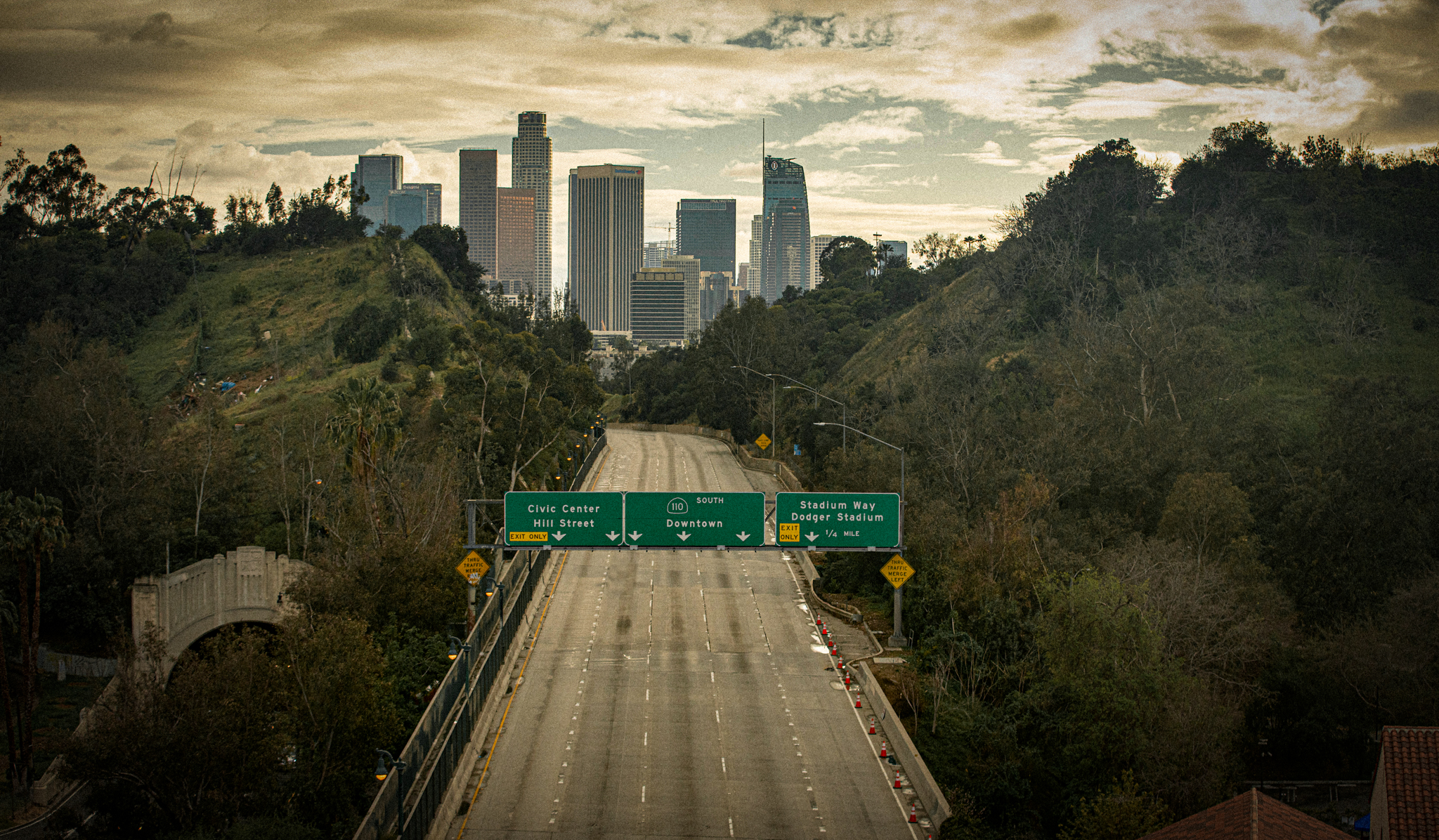 Excavating the Future: A Pandemic Remembrance

Marking two years of pandemic times, Rubén Martínez takes stock of what he has seen. Do you remember?

In the personal essay below, Rubén Martínez, host of Excavating the Future, reflects on individual and collective experiences over the past two years since the World Health Organization declared COVID a global pandemic on March 11, 2020.

Remember the fruitless searches online and along store shelves for Clorox wipes? Trying to make homemade hand sanitizer according to online recipes? Wiping down pizza boxes delivered by Door Dashers, most often immigrants, from any corner of the world driving small sedans? Rubbing your eyes and worrying you’d touched a contaminated surface after the last time you washed your hands, or asking yourself if the handrail of the public staircase you were trudging up was contaminated?

Remember saying to yourself, This can’t get any worse … and then the day you watched the video of George Floyd’s murder, and then January 6, 2021, and any one of the interminable days in between of the relentlessly reactionary, murderous ineptitude of the Trump presidency?

Remember the whoops and beating on pots and pans honoring first responders and the army of doctors, nurses, techs and maintenance staff caring for the sick and the dying?

Remember the sirens in the dark?

Remember thinking, in the late spring of 2020, My god, we’re on the verge of revolution! The streets are swelling with rage and hope! Remember worrying that the slogan “Defund the Police” would come back to haunt the movement when the inevitable reaction hit?

Remember when COVID first caught the friends of friends, and then friends on the outer edges of your social circle, and then your intimates. Remember that you, as an educator, were practically at the head of the line for your Pfizer shots while friends and family in Mexico and Central America waited months longer for theirs. Remember when one of your dearest friends in Mexico City got sick, the daily report on symptoms via WhatsApp, “what’s your oxygen count today?”. The strange mix of attentiveness and detachment you felt (this is not happening), and two weeks in, when finally you were sure she was going to be OK, your body and mind slowly unclenching. Remember taking your temperature every 15 minutes after you felt a random chill.

Remember muttering under your breath while muted on Zoom, I can’t take one more of these DEI meetings. Remember thinking, It’s great, this epochal reckoning with race, but what about all those years — decades! — spitting in the wind, making exactly the same arguments-demands-pleas, and now white administrators can pat themselves on the back and pat you on the head, “it’s all good”.

Remember remembering the 1980s and ’90s, HIV and ACT UP. Visualize the poster: pink triangle on black background, “SILENCE = DEATH.” If you’ve never seen it or have forgotten it, please Google it right now — it is one of the greatest political memes of the 20th century. Remembering the arguments over culturally sensitive safe sex messaging. Your mother, logging hours towards her counseling license at the Hollywood Sunset Free Clinic, telling clients their HIV test results and sitting with them, holding them, after hearing her say “positive.” Remembering taking your temperature every 15 minutes then after feeling a random chill. Remembering the condom breaking in that anonymous hookup from the old Venice Beach cruising scene, the years of hypochondria afterwards.

Flash forward: Your utter liberal helplessness (fecklessness?) about the legions of essential workers, so heavily Latinx, your people, and their skyrocketing rates of contagion and morbidity and evictions and not being able to write a word about it, blocked by grief. Remember the many losses, global and intimate pandemic and climate change and feminicide and the Salvadoran father and daughter face down in the turbid Rio Grande and your mother’s death several months before lockdown and signing divorce papers out on a cold, windy Oakland street with a masked notary public. Remember comparing death rates between Pico-Union (aka Little Central America), which was 664 per 100,000 residents, to that of Westchester (where I work on the Loyola Marymount campus), 128 per 100,000 residents.

Remember becoming, overnight, a virtual professor, and the intensity of those early Zoom seminar discussions, the tremendous sense of presence in spite of distance, the tears when a student spoke of an elder’s plague death and the cohort holding the mourner in a long, sacred silence. Remember Mike Davis, L.A.’s great historian and social critic, starting up his “Plague Year News” email newsletter, a compendium of articles of epidemiology and political analysis, which he sent out to a growing list of friends and then friends of friends, several times a week for well over year? Remember Mike’s cri de cœur when his own dear friend and mentor, the influential radical architecture critic and urbanist Michael Sorkin, died of COVID just weeks into the pandemic and Mike wrote his searing tribute “drowning my keyboard in tears”?

Remember two years of COVID parenting. The cracks appearing. Your daughter running out of the Zoom piano recital, mortified by her mistakes, the first sign of the panic to come. Our children, confronted with the siren-dark news of a classmate’s grandparent getting sick. Giving fellow pedestrians wide berths on our neighborhood walks. No more play dates. No more Marvel and popcorn at the cineplex. Remember their elementary school principal, a brilliant and compassionate woman who in the before-times would greet us on the playground and energize us with her enthusiasm and scripture on misty Oakland mornings; six months into the pandemic she was suddenly hospitalized, diagnosed with terminal cancer; she died within days. Remember the tears when you got the news, holding your daughter tight. Remember that same daughter’s mind slipping further and further into a maze of fears so overwhelming she could never describe them in language. Desperately calling the pediatrician’s answering service on a crisp autumn Sunday afternoon. Help us. Taking a walk around the block in the dead of winter at 3 a.m. trying to reel your daughter back from the horrors that had seized her mind.

Remember the emergency room attending physician at Sutter Health telling you that it’s probably COVID? Waiting for the test results? Was that shortness of breath you felt or just acid reflux? Remember the virtual sessions with your acupuncturist, now showing you acupressure points and Qigong movements, bending down to scoop up the water from the pristine stream and arching your hand over your head and sprinkling the water down your back. How many repetitions? How many days go by before the test result flashes across your cellphone? Negative. Your girlfriend showing up to help and for shelter, moving in for a few weeks, months, who knows? Diving into the kids’ virtual school talent show project with showbiz parent fervor, turning the living room into a stage with footlights, rehearsing their sung and choreographed duet of “Dear Theodosia” from Hamilton 50 times and then hitting record on the MacBook, uploading, waiting for the reviews to come in. (They nailed it.)

Remember your daughter’s panic attacks gradually receding, in direct proportion to her finding her political voice, emulating her heroine Alexandria Ocasio-Cortez. My daughter’s voice! Shouting into the dark with 14-year-old conviction: “This is not right.” Joining the debate team at her new high school. Entering the “elocution” contest, memorizing a speech by Harvey Milk, declaiming it in front of the freshman class. (She nails it. She wins.)

Two years. We’ve been at war for two years. With a virus that’s taken a terrible and uneven toll, and with each other — as Americans, as ideological tribes, as the privileged and the precarious, as those forced to cross borders and those who build citadels of exclusion. The pandemic has altered the social lives of everyone on the planet — as well as our inner lives.

Remember Capital & Main’s producer, Marco Amador, a friend and collaborator, maybe he’s a younger version of you or maybe you’re an older version of him, approaching with the idea of shooting interviews with thinkers, visionaries, activists, about the opportunity the pandemic offers of opening our eyes to the unjust wounds of the world and dreaming a new, more just world into being.

That is where Excavating the Future began: in the siren-dark, in the swell of revolutionary street-hope, in pandemic fear, rage and desire.

“Excavating the Future” is hosted and written by Rubén Martínez and produced and directed by Marco Amador for Capital & Main in partnership with KCET. The series explores what life could and should be like after the pandemic through conversations with leading writers, artists, and activists.