In books, blogs and newspaper pages, Los Angeles journalist and social critic Erin Aubry Kaplan has offered astute and unforgiving opinions about America’s race and class divides. (In 2005 she became the Los Angeles Times‘ first weekly black op-ed columnist.) In Black Talk, Blue Thoughts, and Walking the Color Line, the KCET website contributor gave this cool appraisal of the Rodney King beating trial’s fateful aftermath: “The riots had broken black issues out of a glass case where they had been visible, but coiled and silent.” 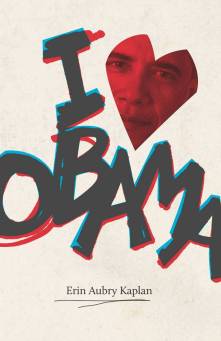 Her latest book, I Heart Obama, examines what America’s first black president has meant to African Americans, and to her personally. As Obama’s final term in office winds down, she looks back on the promise and shortfalls of his watershed administration:

“Jackie Robinson had it bad for sure. But his skills as a ballplayer were unassailable; he came to the Dodgers fully formed. Not so Obama. His true rookie status has made him, despite his status as president, the most powerful and the most vulnerable black first in history.”

Tonight Kaplan appears at Book Soup, where she will discuss and sign her book and, no doubt, provide a tantalizingly different interpretation of the 44th president from what we’re likely to find on cable news. 8818 Sunset Blvd., West Hollywood, March 21, 7 p.m. (310) 659-3110.