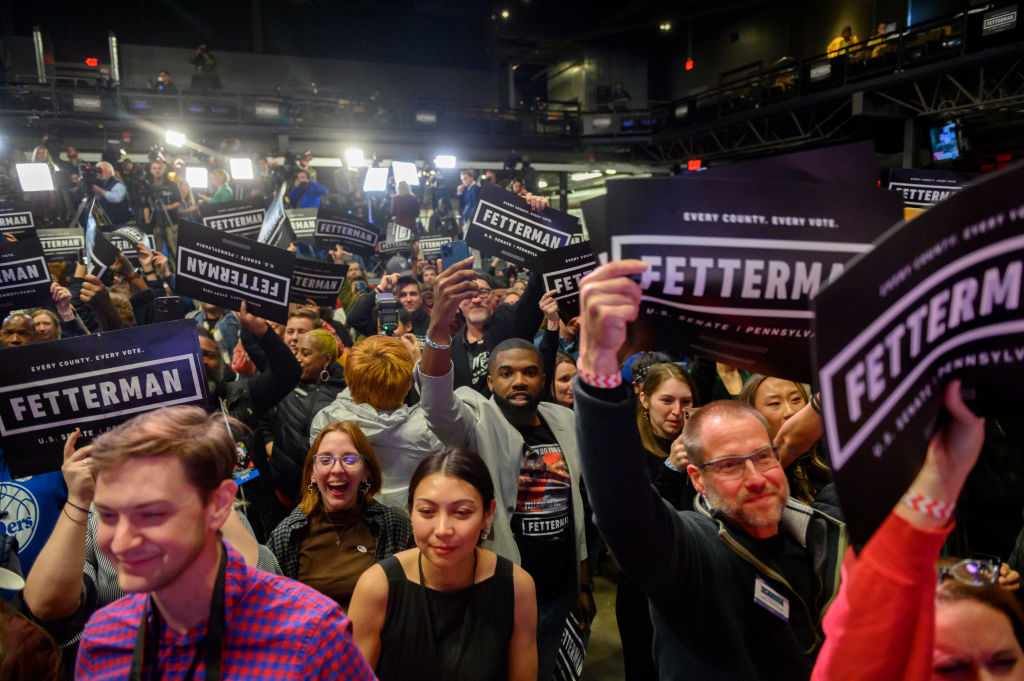 Environmentalists in Pennsylvania breathed a sigh of relief as the midterm election results rolled in this week — with their favored candidates in the major races defeating opponents widely viewed as climate change skeptics and pro-drilling advocates. It remains unclear who will dominate the Legislature, both chambers of which have been controlled by Republicans in recent years, though Democrats say they expect to have enough votes to take back the House.

Josh Shapiro, the state’s current attorney general, defeated Doug Mastriano by a landslide, 56% to 42%. Because of Mastriano’s stance on climate issues, the League of Conservation Voters had named him one of the 12 worst environmental candidates in the nation at the state and local level. In a statement that called his election a “sweeping vindication” for “the environment over powerful corporate interests,” Molly Parzen, executive director of Conservation Voters of PA (CVPA), said she looks forward to working with Shapiro to “advance a progressive agenda that will expand clean energy” and protect the environment.

“This victory takes power away from the oil and gas interests that have long had a stranglehold on our legislature and puts it back into the hands of the people,” Parzen told Capital & Main in an email. For CVPA, this victory was a hard-earned one; the environmental advocacy group, alongside federal partners, spent a historic $3.2 million on the midterms, including gubernatorial, senate and downballot races this election cycle — nearly three times what they spent in 2020. Parzen previously told Capital & Main that a Mastriano victory would be a “disaster.”

On the campaign trail, Shapiro was tactically neutral on several hot topics — he called for “responsible fracking” and avoided saying whether Pennsylvania should pull out of the Regional Greenhouse Gas Initiative, a multistate compact that lets energy producers buy allowances to emit carbon dioxide and steers the profits to renewable energy investments. He has included controversial energy forms, like blue hydrogen, in his clean energy plan. It remains unclear how he will proceed, with much of his impact resting on the people he chooses to lead the state’s environmental agencies. During the campaign, he vowed to invest in clean energy and zero-carbon technologies, and, as attorney general, he has a record of charging oil and gas giants for pollution and public health violations.

The oil and gas industry, which had contributed to the Doug Mastriano and Mehmet Oz campaigns out of concern for potential new regulations, is taking the results as a major defeat.

In another major race, Lt. Gov. John Fetterman, who has flip-flopped on fracking, defeated Dr. Mehmet Oz 51% to 46.5%. Oz is a major proponent of natural gas who promised to overturn “heavy-handed regulations.” During the campaign, Fetterman walked a fine line by supporting a quick transition to clean energy but also promising to “preserve the union way of life” for the 72,000 workers in the state employed by the natural gas industry.

Similarly, other winning candidates were careful not to oppose fracking. Democrat Robert Matzie, who supports an “all in” energy portfolio that includes fossil fuels and clean energy, won his race in the 16th Senate District.

The oil and gas industry, which had contributed to the Mastriano and Oz campaigns out of concern for potential new regulations, is taking the results as a major defeat. Already, some influential voices in the industry are on high alert over the new administration, predicting “four very hard years” for the natural gas industry and predicting that companies will leave Pennsylvania to drill in West Virginia and Ohio. The Marcellus Shale Coalition, an industry group, promised to “work with all newly elected officials to further unlock our energy resources and ensure Pa. remains attractive for energy investment and jobs.”​​

One major local victory for environmentalists was that of Mandy Steele in the 33rd state House District near Pittsburgh, who wants to ban fracking in Western Pennsylvania and was running against a candidate who pushed for increased fossil fuel production. She has said that she will make clean energy development her top priority and push for more funding for the state from President Biden’s climate infrastructure package (the Inflation Reduction Act).

Victories from representative-elects like Steele have helped catapult the state Democrats toward a narrow majority in the state House for the first time since 2010 — a victory that can also be attributed to redistricting that produced new maps accounting for population shifts out of rural areas. Democrats flipped seats in suburbs of Pittsburgh, Philadelphia and State College — as of the morning of Nov. 11, Democrats had 101 seats to Republicans’ 100, out of 203 in the chamber. Just two districts have yet to be called: 151, in Montgomery County, is off by around 15 votes while 142, in Bucks County, is off by two votes.

“The new House majority would provide a critical firewall against proposals to weaken environmental safeguards that will likely continue to be sent over fast and furious by the state Senate.”

Still, Democrats, led by Minority Leader Joanna McClinton, feel confident that they’ll pick up control of the chamber. And environmentalists in the Legislature are gearing up for a flip: After two years of serving as minority chair on the House Environmental Resources and Energy Committee alongside a majority chair who’s embraced climate denialism and hosted hearings to offer a platform to fossil fuel representatives, Rep. Greg Vitali (D – 166) says he’s excited to pivot to “an offensive perspective as opposed to a defensive perspective.”

“When you’re the minority, you’re the loyal opposition, you’re trying to stop bad things or make bad things less bad,” he said. “In the majority, there’s a chance to actually do some good stuff.”

Though he will have to be appointed to majority chair of the committee next term, Vitali already has a list of priorities he’s ready to embrace: chronic understaffing at the Department of Environmental Protection, entering the state into RGGI, passing regulations on the fossil fuel industry and boosting initiatives around solar and electric vehicle charging stations that have been introduced in the past. Despite being what Vitali calls “low-hanging fruit,” these bills died in committees dominated by Republicans with histories of accepting funds from the fossil fuel industry.

“Things like that have to be done,” he said. “And hopefully we won’t have the obstructionism we’ve had from the Republican chairman of the committee.”

A narrow majority in one chamber doesn’t necessarily secure a clear pathway for environmental bills, however, Vitali notes, joking that it’s likely more than one “Joe Manchin”-type figure will emerge in the state House. David Masur, executive director of PennEnvironment, an environmental advocacy group, notes that organizations like his will still have to reckon with a GOP-led Senate.

“The new House majority would provide a critical firewall against proposals to weaken environmental safeguards that will likely continue to be sent over fast and furious by the state Senate,” he told Capital & Main in an email. Even so, he’s excited to finally have some ground to stand on.

“For the past many sessions, there have been numerous bipartisan environmental and clean energy bills that were floundering in the state Legislature,” Masur said. “PennEnvironment is hopeful that legislative leaders can tap into that common ground and send some of these policies that are wildly popular with the general public [to the General Assembly].”

Lee, a Democratic Socialist, won a seat in the Pennsylvania House to represent a district in the heart of the Marcellus Shale region despite her prominent call for a ban on fracking and push for a Green New Deal. After her victory in the federal House race, her district will go to a special election, alongside those of Austin Davis (35), lieutenant governor-elect, and the late Tony DeLuca (32).

This story has been corrected to identify Mary Gay Scanlon as a member of the U.S. House of Representatives.