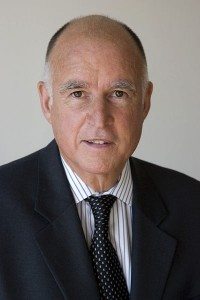 The victory in the state Assembly was a narrow one, but a victory nonetheless for Governor Jerry Brown and opponents of California’s troubled enterprise zone program. The zones reward companies with $750 million in annual tax breaks for relocating their businesses to depressed parts of the state – and for replacing their workforces with newer, usually lower paid ones. Thursday, the Assembly approved a bill already passed by the state Senate that would radically overhaul the program.

Although the vote was 54-16, passage required a two-thirds vote, since it amended a tax law; four Republican Assemblymembers joined 50 Democrats in voting for AB 93. The legislation now goes to the governor for his signature.

According to the Los Angeles Times’ Marc Lifsher, “Brown’s proposal, the centerpiece of his economic development strategy, all but eliminates the power of the state’s 40 locally controlled enterprise zones and replaces the program with a broader, statewide series of business incentives.”

Many critics – including, initially, Brown — have called for the complete elimination of the program, which had granted tax credits to two Sacramento-area strip clubs and a casino. According to the Sacramento Bee, provisions in a separate state Senate bill would prevent strip clubs from receiving tax breaks under the program.

What the Supreme Court Didn’t Do for Marriage Equality