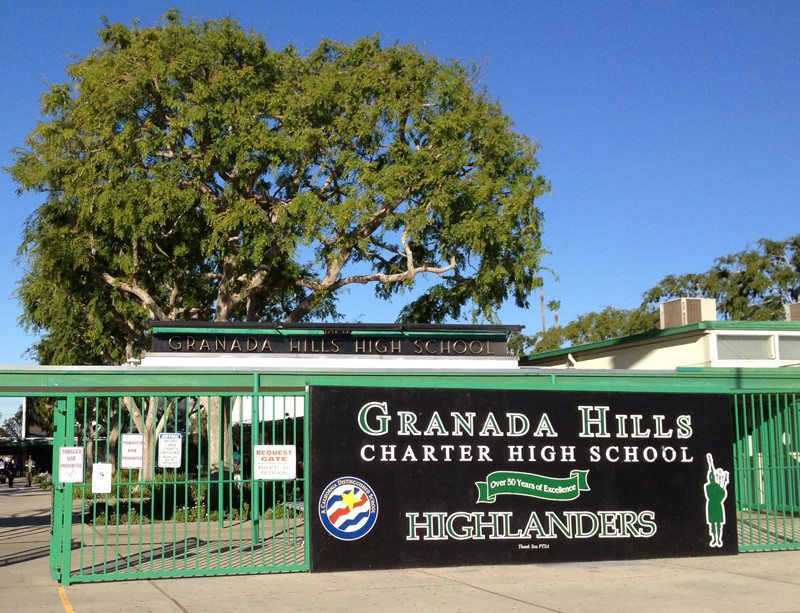 Yesterday the subscriber-only political almanac California Target Book reported that spending by all independent expenditure committees (IECs) on Sacramento legislative races in the general election had topped $41 million. That brought the year’s total of outside money for state Assembly and Senate seats, including primary races, to $70 million.

But the real surprise of this election was just how much of 2016’s independent expenditure spending can be attributed to a handful of committees tied to charter school groups. According to the California Secretary of State’s Cal-Access website, charter IECs pumped close to $24 million into about 35 Assembly and Senate races, along with school board races in Alameda and Sacramento counties in the north, to Riverside and San Diego counties in the south.

Under state law, an independent expenditure is any campaign spending that is “outside” the control the candidates whom it is benefiting or opposing. An IEC can funnel unlimited amounts of money from corporations, nonprofits and wealthy donors, as long as it does not coordinate the spending activity with candidates, who are under strict, albeit voluntary campaign limits.

Consultant: The charter lobby was tired of getting beaten in elections and so doubled down in 2016.

California’s “school choice” movement has always benefited from generous subsidies by a narrow spectrum of big-spending entrepreneurs, many of whom are billionaires. Their wealth has helped give the state the highest number of charter schools in the U.S., even as their election largess has left it with the nation’s most expensive school board elections.

Capital & Main’s analysis of the latest campaign-finance records for the five largest charter school IECs reveals that those same personal fortunes are at the center of the charters’ apparent attempt to buy some Sacramento political insurance against a growing resistance among both lawmakers and the public to the industry’s unbridled expansion in the state.

The amount spent by charter IECs represents about $40 for each of California’s 581,100 charter school students, and a 300 percent jump from 2014 charter election spending — about 570 percent over 2012. (See infographic below.) Why did California’s charter industry choose this election to spend its way into the electoral fray? The answer depends on whom one asks.

“They were tired of getting beat,” Democratic political consultant Gale Kaufmann asserted in an email. “They had lost nearly every election in past years and obviously this year, their strategy became, 1: Let’s see how much money our billionaire donors can put in; and then, 2: Let’s see how much can we spend to buy some legislative and school board seats. The charter industry spent $11 million in the primary and had an impact, so they [. . .] doubled down in the general election.”

But the election would also decide the political complexion — and the progressive-stopping power — of the informal group of bill-killing “moderate” assembly members so friendly to big business that it has been informally dubbed the “corporate Democrats caucus.”

Charter schools are privately managed but taxpayer-funded schools that are virtually free from most of the laws — and much of the accountability or transparency — under which traditional public schools operate. Protecting that status quo, public school supporters insist, drove this year’s independent expenditure spending spree.

“Charter schools used to be a boutique thing,” Cal State Sacramento education and policy studies professor Julian Vasquez Heilig said. “Now they have incredible money and power behind them: They have Eli Broad’s very deep pockets; the Gates Foundation has spent $300 million on charter schools in the last couple years; the Walton Family Foundation. … Parents and families and civil rights folks that are asking the charter schools to reform are really the underdog in this conversation, because the money and power is on the side of charter schools.”

Most of the charters’ IE spending (88 percent) was directed by three committees that served as the 501(c)(4) political arms of industry lobbyists California Charter School Association (CCSA) and EdVoice, the charter school advocacy nonprofit founded by Netflix CEO Reed Hastings: CCSA’s California Charter Schools Association Advocates IE Committee, and the Parent Teacher Alliance (sponsored by the CCSA’s IEC); and the EdVoice Independent Expenditure Committee. (Neither EdVoice nor CCSA responded to requests to comment for this article.)

The remainder was distributed by the Govern for California Action Committee, a PAC controlled by anti-public-pension gadfly and neoliberal Democrat David Crane; and by Parents and Teachers for Student Success – StudentsFirst, the IEC of the national pro-charter group founded by Michelle Rhee.

“They’re investing heavily in maintaining a deregulated environment,” said United Teachers Los Angeles Secretary Daniel Barnhart before the election. “This really isn’t about kids. In their own words, they say it’s about market share.”

He may be right. Though the teachers union spent nearly $33 million on the election, the bulk of that (around $20 million) went to Proposition 55, the education-funding measure that aimed to benefit all California classrooms — both charter and public school students. The charter IECs spent solely on pro-charter legislative and school board candidates.

In Sacramento, where charters are represented by CCSA, the 2015-16 legislative session was a mixed bag for the industry. Lobbyists succeeded in killing two big reforms: AB 1084, a Susan Bonilla (D-Concord) bill that would have outlawed for-profit companies from operating online charter schools; and SB 322, a bill by Mark Leno (D-San Francisco) that would have reined in exclusionary suspension practices at charters by making them obey the due process rules that apply at public schools.

But two other major regulatory measures got away: Assembly Bill 709, a transparency bill by Mike Gipson (D-Carson) that would have forced charters to comply with the Brown Act and would have also barred charter school board members and their relatives from profiting from their schools; and Senate Bill 739 , by Senator Fran Pavley (D-Agoura Hills), which would have prohibited financially troubled school districts from authorizing charter schools to operate in other school districts that haven’t approved them.

Urban planning objections to charter school expansion could be the tip of a worrisome iceberg.

Those bills were stopped by what has proved to be the charter industry’s most reliable failsafe in recent years — Governor Jerry Brown’s veto pen. But Brown leaves office at the start of 2019 and at least one possible successor is thus far looking very liberal and far more skeptical when it comes to giving charter schools a free hand.

“They’ve had a field day with Jerry Brown,” Network for Public Education executive director Carol Burris explained. “He has been as pro-charter as any red state governor. They’re trying to build a kind of firewall so that if the [next] governor does not have the views of Jerry Brown, it’s [more] likely that the legislation will never get to the governor’s desk to begin with.”

A post-Brown “charter Democrats caucus” could have its work cut out. In recent months, a coalition of low-income communities and civil rights groups that were once considered essential allies, have begun showing signs of discontent over the charter industry’s unregulated growth.

This summer a blistering study by the American Civil Liberties Union of Southern California claimed that over 20 percent of California’s charter schools had widespread enrollment and discipline policies that violate state and federal laws for taxpayer-funded schools.

Almost simultaneously, the NAACP called for a moratorium on new charter schools — a demand immediately echoed by Black Lives Matter and the alliance Journey for Justice. As the charter movement’s national leadership attempted to stamp out the dissent, the opposition appeared to grow grassroots when city officials from Huntington Park, a poor community in southeastern Los Angeles County, declared their own yearlong moratorium on new charter schools — citing traffic, noise and business-environment concerns.

In the meantime, CSSA announced its own version of the Broad-Walton charter expansion in the spring — a “March to a Million” campaign that would nearly double statewide enrollment by adding over another 400,000 charter seats to a public school system that is already burdened by overcapacity and a declining school-age population.

Huntington Park’s urban planning objections to charter school expansion could be the tip of a much more worrisome iceberg. Burris, who recently spent time in the state speaking to local school superintendents while investigating the charter industry for a hard-hitting Washington Post series, said that local school districts stretching half the length of California, from Marin County in the north to Anaheim and San Diego in the south, are feeling besieged by the recent proliferation of dubious storefront startups and satellite “resource centers” within their borders and have begun to bristle at their inability to rein them in through the authorization process.

“They’re getting nervous,” said Burris. “They’re realizing, ‘What the heck is going on here?’ Their school systems are really starting to feel distressed because of all of this. So they’re going to start finding reasons not to approve charters.”