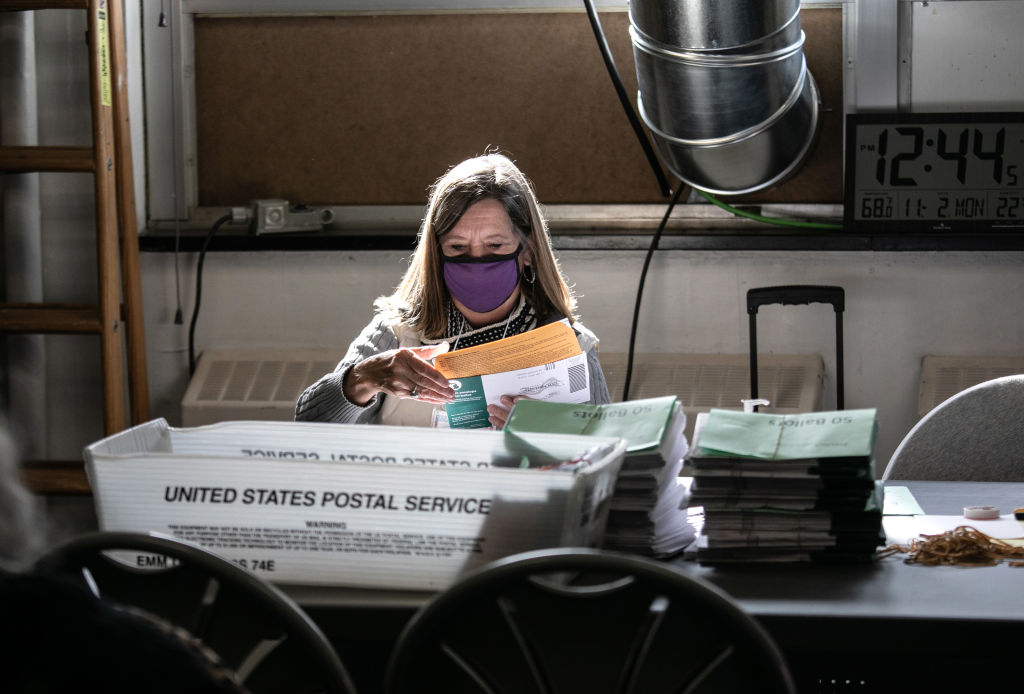 On Tuesday, as voters in some states stood at polling places and elections officials in others began counting ballots that had long since been delivered, the Centers for Disease Control went about its grim business. Updating the big board that Americans have come to dread, the CDC posted new totals as of Election Day: 9.27 million cases of COVID-19 in the U.S.; more than 588,000 new cases in the past seven days; 230,893 dead from the disease.

Those numbers will likely rise dramatically as the country plunges into its coldest months, with health officials warning of dark times ahead. But as the election results suggest, the novel coronavirus was already firmly on the minds of the electorate – and if former Vice President Joe Biden ultimately secures the presidency, the mishandling of the crisis by Donald Trump’s administration will be a primary reason why Trump becomes a one-term executive.

In a year filled with challenges, concerns over COVID-19 obscured almost every other political issue in the general election. According to data compiled by the Associated Press through its massive AP VoteCast survey, 41% of the more than 110,000 respondents called the pandemic the most important issue facing the country – far more than any other single topic.

Only one other issue, the economy/jobs at 28%, drew even a double-digit response in the AP’s survey, which is so fine-tuned that it has a margin of error of plus or minus just 0.4 percentage points. And among those who identified the virus as issue No. 1, 73% said they voted for Biden over Trump.

That figure soared to 83% for Biden among those who described COVID-19 as “not at all under control” in the U.S., and it was a dynamic of which the Biden campaign was well aware. In the weeks leading to Election Day, Biden repeatedly hammered Trump on his bungling of the health crisis, and the candidate’s words arrived while new cases in the country rose to unprecedented levels.

It mattered in the swing states, too. Michigan, Ohio and Pennsylvania on Monday all hit records for average new daily coronavirus cases reported, according to data compiled by Johns Hopkins University. Trump campaigned in those states via rallies that were largely unmasked and at which social distancing was not observed. He celebrated the confirmation of Amy Coney Barrett as a U.S. Supreme Court justice at the White House, standing a few feet away from her, maskless. First Lady Melania Trump strolled into her voting location not wearing a mask — the only person at the facility to do so. All played to Trump’s attempt to portray COVID-19 as something less than dangerous. The numbers tell a different tale.

Predictably, Trump spent early morning and daylight hours Wednesday claiming fraud and threatening to take his case to the Supreme Court should certain results go against him. After those words have faded, the legacy of his administration’s ineptitude with regard to the coronavirus will continue to play out. “We’re in for a whole lot of hurt,” infectious diseases expert Dr. Anthony Fauci told the Washington Post. Clearly, voters have felt that hurt already.

Detroit Women May Have Helped Steer Michigan into Biden’s Column