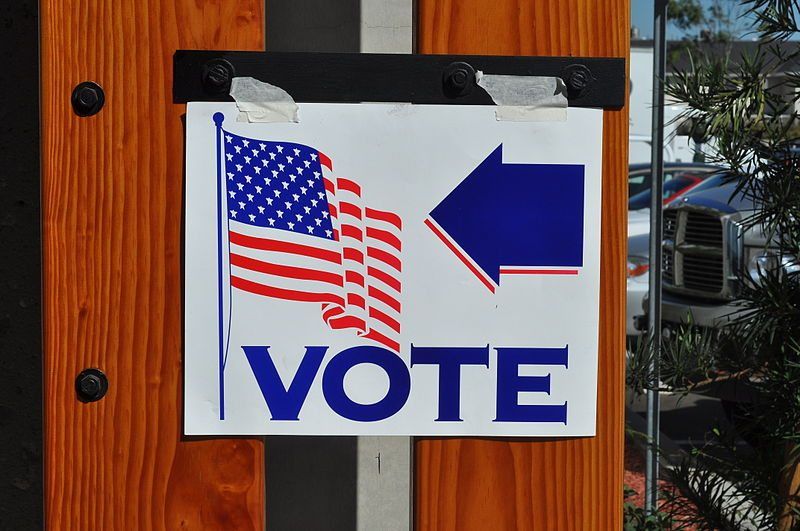 My mail delivery guy just got happier. He can finish his route while it is still light outside – this despite the change back from   daylight savings time. Now he gets his work done in daylight: With the election over, he has less junk to deliver.

I don’t know how it was in  your neighborhood, but in my apartment building the stuff filled the box every day for a month, and in the last week, so much mail rolled in that it couldn’t fit anymore. So my mail carrier patiently sorted it into clumps and placed it in the magazine space at the bottom of the mailbox area.

As far as I can tell, the vast majority of these ads went untouched, unless some conscientious soul threw them directly from the mail box into the recycling crate across the hallway. In any case, a couple of million dollars-worth of campaign mail wasn’t read, just dumped. That’s what happens when too much money pours into a small campaign in a small city. No one reads it any more.

I don’t watch television, but I suspect given the money spent during this campaign season, that’s what it must have felt like on the tube as well. People must have wished they could throw the ads away, like the mail. In the battleground state of Ohio more than 58,000 TV ads ran during the last month run-up to the election. To watch them all would take 24 hours a day for 80 days!

So if it wasn’t all the money spent on ads, what won these campaigns? In my town’s – and as far as I can tell, in the national campaigns as well – it was the field work, the old-fashioned stuff of electioneering. Hoards of people volunteered to walk precincts, phone registered voters, identify committed votes, hang brochures on doorknobs, watch the polls to see who voted, make calls to the latecomers who haven’t voted yet, and ensure they get to the polls.

The President thanked these people specifically in his victory speech. He needed to, because his campaign opened field offices in thousands of out of the way places to run a ground campaign that made sure supporters went to the polls and voted. I have friends who walked precincts in Santa Monica and friends who walked precincts in Las Vegas. The focus on the Latino vote was particularly effective in those two cities. Here in Santa Monica the efforts probably garnered a thousand votes to the winners in local races for city council and other seats on the ballot.

Poll watchers also talked to voters walking to the polls. More than a few were planning to vote for president and maybe one or two propositions, then stop. These volunteers talked people into voting down the ballot – giving them the information they needed to get down the list. These small, tedious, tiring efforts make the difference in tight races, especially in local campaigns.

I know it made a difference in Long Beach where Proposition N passed by a vast margin. That victory – which gave hotel employees a livable hourly wage plus sick leave days instead of just a minimum wage – took two years of organizing and coalition-building among small business people, clergy and their congregations, and the workers themselves. But it also took a huge volunteer corps to walk precincts, phone voters and get voters to the polls.

These efforts made the difference in the clutter of ad wars — most of which were fueled by too much money coming from rich individuals and corporations with an ax to grind, and unlimited resources to grind it. All the noise apparently ground down the voters who tuned out the ads and tossed the glossy paper, relying instead on face-to-face conversations. If the big-money campaigners learn anything from this onslaught of junk, the next election cycle may not be so hard on my postman.