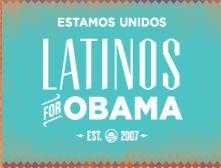 It’s a curious feeling, this brown-becoming, the “Latino vote” hurling itself over the fence as it were, saving Barack Obama from the ignominy of becoming the first black president to lose a reelection bid. I’ve been writing about the potential of the Latino vote going on three decades, and although we’ve had inklings of what kind of power it can wield (such as when it modestly pushed a few swing states toward George Bush in 2004), this time it’s at the center of the electoral narrative.

There was George Will on ABC, minutes after the election was called, talking about how Barack Obama could now put “immigration reform front and center, giving the Republicans a reef upon which they can wreck themselves.” Brian Williams and all the old school network anchors welcomed the “non-Cuban Hispanic” cohort (read: Mexicans, Central Americans, Puerto Ricans) to the national story.

It’s a curious feeling because, notwithstanding the astonishing exit polls (up to 75 percent of the Latino vote went for Obama, providing decisive margins in several of the battleground states), we are still on the margins policy-wise. For the last four years we’ve endured the moral and political disaster of the Obama administration’s immigration policy—record numbers of deportations and the consolation prize of a Dream Act Lite via executive order. Latin America policy in general is in disarray and Obama’s other great failure is the drug war we share with Mexico, which continues unabated with billions of dollars in American support—and is completely absent from national political discourse despite 80,000 dead.

I’ve spent the last dozen years living in, and writing about the desert West and borderlands. Ground zero of the housing boom and bust, home to nativist reaction (Arizona), a landscape transformed by climate-change-sparked infernos, a place simultaneously growing ever-more diverse (especially with “non-Cuban Hispanic” types) and segregated (the desert version of the “one and the ninety-nine,” migrants dying of thirst within sight of the gentry’s adobe chalets).

The West is like any other place in the country, except more so. The brown cowboys and girls are now seated around the campfire, but just behind George Will and Brian Williams, shadows dancing on their faces.

Rubén Martínez is the author of Desert America: Boom and Bust in the New Old West and professor of literature and writing at Loyola Marymount University.

Election 2012: Sure Things and Safe Bets