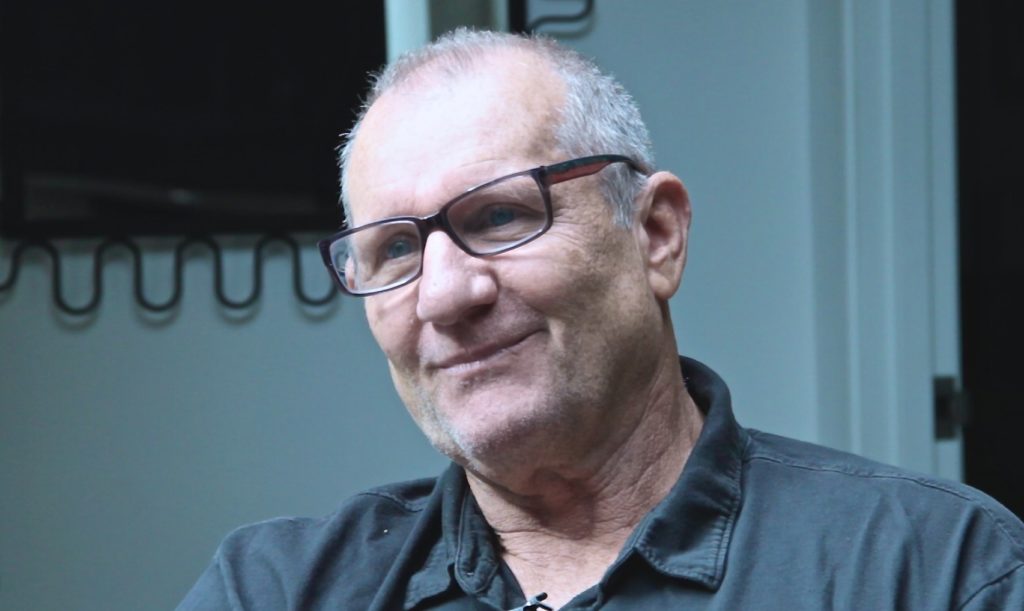 Capital & Main recently sat down with actor Ed O’Neill, best known for his role as Al Bundy in the Fox TV Network sitcom, Married With Children, and currently starring in ABC’s award-winning comedy, Modern Family, which will be honored in December at the Los Angeles Alliance for a New Economy’s 2014 City of Justice Awards Dinner.

What are your thoughts on the direction of the country after this last election?

I voted — I had to vote absentee because I was working. But these midterm elections are always puzzling to me because usually not many people come out for the vote. But obviously the country goes back and forth about so many things. I personally think Obama’s doing a pretty good job. Then again, I don’t follow it every day. For me, when he got Bin Laden, that made everything for me – and then health care I was behind, and I thought that was a really good thing to do for people in general. And I think that unemployment has gotten a little bit better.

It’s tough to move the needle when you’re in there. I have an odd theory that better now than later, that this shift takes place because now [Republicans] get a chance to put their money where their mouth is. If they don’t come through, they’re gonna lose the next presidential election. That’s like an athletic point of view (laughing): You’re down, you’re getting up, and he looks tired from hitting you.

Modern Family is unique in that it shows a very contemporary version of the American family. How is the show part of a larger cultural shift on race and sexual identity?

Well, you know, I didn’t start the show to change people’s hearts and minds about how they view Americans’ relationships with one another. But I have noticed – especially with the gay couple on the show – the [actors] do get a lot of positive feedback [from viewers] about how it’s changed their relationships with their fathers, mothers, lovers, spouses, that sort of thing. It must touch a nerve with people. I remember hearing Romney’s wife saying that they watch the show every week with their kids, and Michelle Obama also watches the show with her daughters. It’s probably the only thing that the Democrats and Republicans agree on.

Talk about your character’s relationship with his gay son.

Every time you think you have your head wrapped around this thing, another thing comes up, where you just can’t deal with it. The formula for comedy is that you take a step forward, a step back. Two forward, two back. Otherwise there’s no tension.

Do you think Modern Family has an ability other shows don’t, in that it approaches hot-button issues from a comedic perspective?

I think this is one of the virtues of comedy. People are more apt to visit these issues if they’re laughing. If it makes them laugh. Because comedy can kind of get around things and make people laugh at things the very same way that All in the Family did. It has people thinking about things, and it’s kind of a more gentle way of persuading, pointing out things that otherwise might start a fight right away.

You’ve played dads on two shows. How do you feel the two roles are different?

LAANE will be honoring Modern Family at its City of Justice Awards Dinner, with this year’s theme being Cities of the Future. How is L.A. the city of the future? How does Modern Family depict that?

I don’t look too far down the line. I’ve never even thought of that question. I thought L.A. was here before I got here, it’s here now, it’ll probably be here when I’m not.

There are so many different aspects to L.A. I mean, it’s so multicultural — there’s Chinatown, there’s the Jewish area, there’s Koreatown, there’s Beverly Hills, there’s Bel Air, Venice Beach. And it’s wonderful that way. And I really appreciate that, so there’s a lot to experience here. All the names are Hispanic, are Mexican, Spanish, which is interesting if you think about it. Because they were here before us and I think it’s very important to try to understand that culture as well, because it was the foundation.

Rumor has it that you were once a member of the International Brotherhood of Teamsters. Can you tell me about that?

I think it was Local 1462. I’m not sure. I had been cut by the Pittsburgh Steelers in 1969, I think it was — Chuck Noll’s first year. And when I came back to Youngstown I needed a job. My father’s first cousin was the [local] president of the Teamsters – Jack O’Neill. So they got me a job driving heavy equipment on a road crew. I did that for several months. It was a great job. We were a very strong union family. Because my father and his father – they all worked in the steel mills. I worked in the steel mills, in between college and stuff like that, as did my brothers. But it was much more confrontational. If they had a problem, then there was a strike, there were pickets. It was a brutal, tough steel town. You had to assert yourself, because otherwise they weren’t gonna give anything to you. That’s what we believed. That’s just the way I always thought things get done.

So, I’ve always been, in my heart of hearts,  a teamster, a union guy.