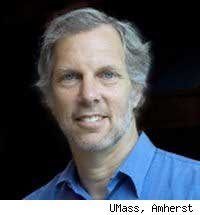 Few American economists want anything to do with social movements. Then there’s Robert Pollin, who has embraced his role as a progressive with a prolific output of books, studies and articles that make the economic case for greater equality.

Pollin, who will be honored at the L.A. Alliance for a New Economy’s (LAANE) City of Justice Awards Dinner next month, rose to prominence in the late 1990s as the most ardent academic defender of living wage laws. In recent years he has advanced the case for a new green economy based on good jobs and environmentally sensible policies.

Pollin, a professor of economics at the University of Massachusetts – Amherst and co-director of the Political Economy Research Institute, may be left of center but he is no business-bashing liberal. To the contrary, he learned from his father – the late Abe Pollin, former owner of the Washington, DC professional basketball and hockey franchises and a prominent philanthropist – that one can do well and do good. Pollin, who briefly ran the family business after his father’s passing, is now putting his theories to the test as the founder and CEO of Pollin Energy and Retrofits. PEAR is the ultimate field laboratory for his ideas.

Frying Pan News spoke to Pollin about the fiscal cliff, a national living wage — and who will be the next NBA champ.

Frying Pan News: Was the election a referendum on economic inequality?

Robert Pollin: I do think it was a referendum. The economy is not in good shape, but broadly speaking people understand that Republicans don’t have solutions. The solution they have is to worsen inequality and open the floodgates to more irresponsibility on Wall Street. If you had to point to one thing that got Obama reelected it was the auto bailout, which won him Ohio. More than Republicans, people see the Democrats delivering what people want: a stable economy with full employment and more equality.

FPN: What’s the first thing you would you if you were made economic czar?

RP: The very first thing I would do is put a maximum reserve tax on the commercial banks. They are sitting on $1.6 trillion in cash – that’s ten percent of GDP. They got it for free because they can borrow at a zero interest rate. If you could move that money into the economy that alone would stimulate the economy toward full employment.

FPN: How likely is this to happen?

RP: Not going to happen. It’s not on the radar screen. But even Republicans should support it because it would help small business. It would have no impact on government spending.

FPN: What are the next two things you would do?

RP: Institute another stimulus program that starts with unemployment insurance and supporting state and local governments, and a stimulus for building the green economy. There’s already a law on the books that passed under Bush saying that the federal government has to retrofit 75 percent of its building stock to make it 30 percent more efficient by 2015. Obama should put the money behind it. Buildings consume 40 percent of our energy, and the federal government owns hundreds of thousands of buildings. We have two million construction workers who lost their jobs. It would create tens if not hundreds of thousand of jobs in construction.

FPN: What can we actually do?

RP: Raising the minimum wage is feasible. Getting to $10 an hour is not outside the realm of political possibility in large part because of groups like LAANE that have raised consciousness about issues like that. I don’t know that anything will happen through the Republican House. If the existing regulations on environmental air quality were enforced they would be quite significant. That would create real costs for the coal industry. Republicans might support a superfund to support businesses, families and communities that are going to face adjustments in the coal industry. Environmental investments can be made administratively. The military has taken an aggressive stance toward promoting renewable energy – they are saying that 25 percent of their energy consumption will be from renewables by 2025. That will be very significant in improving technologies and lowering costs of renewables outside the military.

FPN: What’s the answer to the fiscal cliff?

RP: The answer is we do not have a fiscal crisis. If you define fiscal crisis as the government having a hard time meeting its debt payments, the U.S. government interest payments as a percentage of total expenditures is at a historic low because the U.S. Treasury is borrowing at one percent. I am not saying that we keep running large fiscal deficits indefinitely, but it makes a huge difference if you borrow at one percent vs. during the Reagan Administration when we were borrowing at 14 percent. Under Reagan, we were actually draining the Treasury paying interest, but that is just not true at present. The whole notion of having to first and foremost address the fiscal cliff is misguided.

FPN: Should there be a national living wage? How big a fight would it be and how big a benefit would it provide?

RP: I don’t know if a Republican House would ever pass it. It could be done on a state-by-state basis. Benefits will accrue to the people at the low end, but also to the economy more generally because people will use less government benefits and we’ll reduce the amount that government pays to the working poor and also increase equality. Increasing equality is not only ethically better but it is a stabilizer because having been through an extreme of inequality meant more and more money was pushed to the top and then out into Wall Street hyper-speculation because people had more money to gamble with. If the rich had less to gamble with they would have to be more prudent. It’s casino capitalism that has brought the economy down.

FPN: What is it going to take to bring about a fundamental shift in the economy?

RP: You are the ones to answer that – LAANE has been extremely successful in changing politics in the biggest state in the union. We all assume that California is deep-blue Democrat at present. That wasn’t the case when I was living in California. We have seen a political transformation of California becoming pro-union, of integrating immigrants into the political process. Who did that? If I had to point to one organization I would point to LAANE. Harold Meyerson said the same thing in his recent American Prospect article. Whatever you did, that’s the formula. The other organization I would cite is the National Nurses Union, which has been extremely innovative. Their campaign for the national Wall Street Robin Hood tax has been extremely successful.

FPN: You grew up in an affluent family. What inspired you to become a progressive economist?

RP: My parents and grandparents were liberal Democrats. They were not engaged on a day-to-day basis on these issues but felt strongly and passionately about them. I remember my father said to me when I was young that communism is the best system we can envision, though it’s not realistic. But it‘s the best because it’s based on the idea of people being equal. My father and grandfather were both well-known as extremely generous, community-minded, that was how they acted even when nobody was looking. Both sides of my grandparents’ families were poor Russian immigrants from the shtetl, and they carried that with them. Some were members of the Communist Party. Also, growing up in the ’60s you would have to be a total lughead to not catch any of the spirit of what was happening.

FPN: Is your work on living wage what you are proudest of?

RP: Absolutely, one of the things. One reason is it came completely from the movement, not from my own research agenda. I wasn’t doing work on it at all, I had no background on minimum wage or labor economics. It was because Madeline [Janis] approached me.

Doing economics and talking to people outside of academia made it all come alive to me. Talking to activists, connecting to them and understanding what it takes to get something passed. I decided I was going to listen to all the critics of living wages and take their criticisms seriously. Until I could convince myself through research that they were wrong, I was going to assume that the critics were right. I wanted to do enough research in a serious way to convince myself that the arguments for a living wage would really work.

FPN: Not too many progressive economists start their own businesses. Why did you start PEAR?

RP: The idea was a convergence of things. I was fortunate enough to become a consultant to the Energy Department around implementing the Green Economy parts of the 2009 stimulus program. I felt honored that my work was used in a major way for the stimulus. One of the things I saw was that most of the money for the green part of the stimulus was incentives for private businesses — it was not money directly spent by the government. I saw that the money was not going out very fast because the connection between private business and the government had not been adequately nurtured.

I was trying to think about ways to accelerate those relationships. I said, maybe I should try to do this myself. When my father was sick I became much more involved in running his business. After he passed away in November 2009, I became CEO of the business until we sold it the following June. I was therefore running a major business for a time. That made me think, I could keep running a business while also keeping up with my work in research, teaching, consulting and political activity.

FPN: Has running a business changed any of your views on business and the economy?

RP: Everything I thought when I started the business I still believe. It has only reaffirmed my beliefs. Understanding the idea that businesses can succeed while treating workers well. If you go into a business with that premise, you organize it around that premise and it becomes part of the equation.

FPN: Who will win the NBA title?

RP: I think the San Antonio Spurs have a decent chance. They could be a sleeper here.

And After Walmart's Black Friday?

Judge: Strippers Are Not Independent Contractors