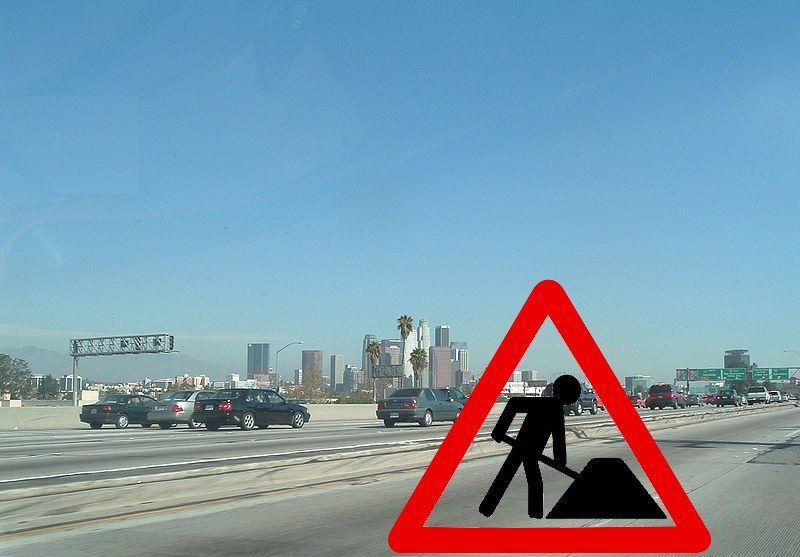 Mark Lacter, in a recent conversation on KPCC’s Business Update, was surprisingly cynical about the importance of publicly funded transit projects to our region’s economic recovery.

Commenting on the recently passed federal transportation bill that will expedite construction of 12 L.A. County mass transit projects, Lacter challenged Mayor Villaraigosa and other elected officials who tout the “game-changing” job creation benefits of public works investment. He argued that it is hard to determine the number of jobs generated by these types of projects.

It’s true that there is no way to predict the precise number of direct and indirect jobs created through infrastructure investment. But we cannot underestimate the ability of these projects to increase employment in the construction industry, one of the hardest-hit sectors during the Great Recession.

The 12 transit projects that will now be fast-tracked are part of a larger package of transportation improvements that will create at least $2.8 billion in economic activity and $65 million in additional tax revenue for L.A. County. And that’s only for the 40 percent of transit-related jobs that will go to disadvantaged workers, so the total number will be much higher.

If we drill down to how transit projects create jobs we can see the big picture.

1. Every project counts. As Lacter pointed out, construction jobs are not full-time permanent positions – workers may be employed on a specific component of a project for a few weeks or months and then have to look for another project. This is exactly why every project is important. The more development there is, the more likely these workers are to remain employed. Given that private-sector construction has almost come to a halt due to the housing and financial crisis, government investment is crucial to getting construction workers back on the job.

2. Large, multi-year infrastructure projects create opportunities to develop jobs programs. Metro is the first agency in the country to adopt a Construction Careers Policy, requiring that at least 40 percent of the jobs created by its projects are set aside for individuals from economically disadvantaged areas. To access these jobs, many applicants enroll in construction trade union apprenticeship programs, which range from three to five years and provide classroom and on-the-job training. Through these apprenticeship programs workers get the high-level skills and experience needed to have a permanent career in construction.

3. We need the construction industry to recover in order for our economy to recover. Economists all point to the fact that states with the highest unemployment rates, such as California, will continue to struggle with double-digit joblessness unless the construction industry rebounds. When workers are earning good wages and benefits, their increased spending power creates a demand for goods and services in the region, generating more jobs.

In other words, government investment can help lift all boats.