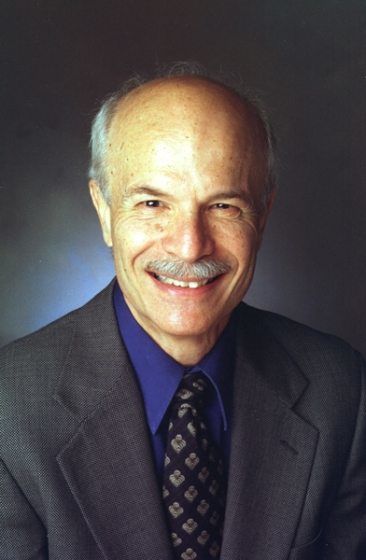 Since his sudden death in April, I’ve been trying to imagine the health care movement without Rick Brown’s wise counsel, coherent advocacy, and perfect research. E. Richard Brown was a professor of Public Health at UCLA whose research and advocacy touched millions of lives. As a health activist and advocate, I worked with Rick to save California’s county hospitals and health centers, and I use his research, especially the California Health Interview Survey (CHIS) to illustrate the health care needs of various populations in California when I write grant proposals for nonprofit organizations. He was always happy to give me advice about how to frame an argument, and he was always willing to meet with policy makers when activists needed an authority to support them.

The memorial service held on May 29 filled UCLA’s Schoenberg Hall. The crowd included the health activists, labor leaders, UCLA faculty colleagues, and politicians who worked with Rick to gain recognition of health care as a basic human right, and to build a system that delivers health care services affordably, effectively and accessibly. Backed by a moving slideshow of photos of Rick from his Los Angeles childhood through his Berkeley activism and his family adventures, speakers shared their memories of working with Rick to further health justice.

A video tribute from Senator Al Franken detailed Rick’s role as a policy advisor to Senator Paul Wellstone, who introduced the Single Payer health plan in the U.S. Senate; Rick’s role in the Clinton administration health reform effort; and Rick’s service to the Obama administration in designing the Affordable Care Act. Why doesn’t Obama support Single Payer? Senator Franken quoted Rick as saying, “I joined the campaign too late!”

Assemblymember Gil Cedillo remembered Rick as an advisor and ally during Cedillo’s term as president and general manager of SEIU Local 660, when a series of strikes called “Rolling Thunder” saved thousands of jobs in Los Angeles County’s hospitals and health centers. Rick gave important advice to the Los Angeles County Board of Supervisors, said Dr. Jonathan Fielding, the director of the county’s Department of Public Health, which resulted in the separation of Public Health from Health Services, giving new energy to the disease-prevention and health-promotion responsibilities of the county.

Speaking on behalf of community-based organizations, Lark Galloway-Gilliam, executive director of Los Angeles Community Health Councils, thanked Rick for helping health advocates frame their positions and develop the data needed to make their cases. Her tribute was a vivid reminder to those in attendance of how Rick Brown’s academic research was rooted in the practical needs of low-income people for medical care and a healthy environment.

Dr. Victoria Ojeda, a former student and now a professor of Public Health at U.C. San Diego, described Rick as a teacher and mentor to a generation of public health researchers and administrators, who were offered experiential internships as community organizers as part of their public health training. Rick’s legacy in educating hundreds of public health professionals will continue to support community-based movements for health justice.

It is rare that an academic is both a flawless researcher and a community organizer. E. Richard Brown was such a person, and the health care system was permanently changed because of him.