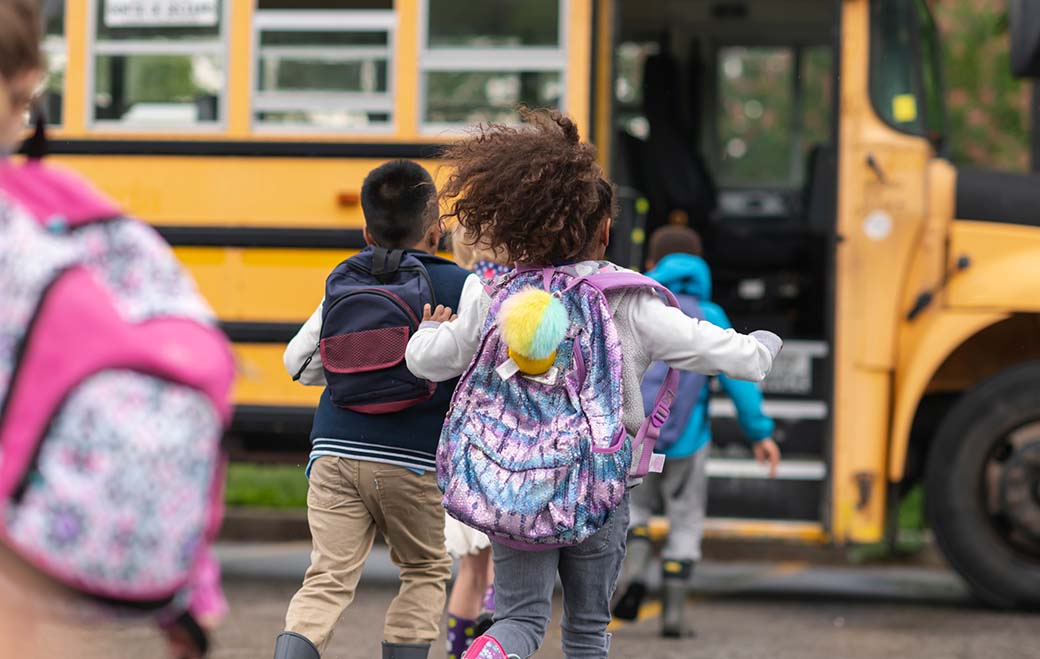 One aspect of the agreement received less attention: funding for 30 LAUSD schools to become community schools. Community schools support students and families beyond the school day by providing social services and boosting curricula with arts and academic programs.

“This approach evolves the school site into a hub for the community where families access health, socio-emotional, mental health and enrichment support for students during and following normal school hours,” LAUSD explains on its website. The idea is to bring schools into communities and communities into schools by charging a team of parents, faculty and community members with establishing local programs and resources on campus for students while also providing services from the school site for community members, like immigration counseling or fresh fruit on Sundays.

The concept of a school as a community hub goes back at least to early 20th century education theorist John Dewey, and has been revitalized with new research. A study conducted by the Rand Corporation of community schools in New York City found positive impacts on math achievement, credit accumulation, student attendance and on-time grade progression. Disciplinary incidents, meanwhile, went down. (Curiously, the study found no impact on school climate and culture.)

“We’re trying to build a model around democratic unionism, and democratic running of schools, and real deep coalition work with parents and students that is actually capable of fighting for ongoing funding.”

The model is gaining traction nationwide. This summer, UTLA’s foothold became windfall at the state level when Gov. Gavin Newsom signed a budget designating $2.8 billion for community schools in California, an investment more than six times larger than the $442 million proposed by President Biden just weeks before. Previously the federal government had invested just $30 million in community schools; Biden’s plan would have increased funding by more than 14 times. The National Education Association is also giving $3 million annually in $75,000 grants to districts investing in community schools.

Last year the NEA founded a Community Schools Institute to support district and union locals transitioning to the model, with 39 states and a $10 million investment to “lead the way and provide a roadmap to the future of public education.” Under direction of the institute, the California Teachers Association (CTA) is organizing teachers’ unions across the state to demand community school transitions in their districts, according to CTA Vice President David Goldberg. (Disclosure: The NEA and CTA are financial supporters of this website.)

The CTA is also taking pains to establish what exactly defines a community school. By including those requirements in future contracts, the CTA hopes to ensure the schools are genuinely community run by coalitions of parents, teachers and staff, different than what came before and long lasting. A school merely offering social services after the final bell, he says, but not run by a community coalition should not necessarily qualify.

“We’re trying to build a model around democratic unionism, and democratic running of schools, and real deep coalition work with parents and students that is actually capable of fighting for ongoing funding,” says Goldberg. “There’s a tension in the state where they want to do this quickly: What can we pull off the shelf and use? That’s not how you transform public education.”

At Farmdale Elementary in the East L.A. community of El Sereno, community schools coordinator Jennie Mordaunt is launching a school garden after Farmdale’s librarian started talking vegetables with activists at the nearby Eastside Café, a Zapatista-fueled community space founded in 2004. But following a needs assessment in which 28.6% of parent respondents said they wanted the school to offer legal support as part of its community school programming, Mordaunt also plans to host immigrant and tenants rights workshops.

“We hear of a lot of people moving away,” Mordaunt says under a gray sky at Farmdale. “Housing prices are around $800,000 in El Sereno.”

It’s recess, and students play kickball and four square on an enormous blacktop clearly designed for a larger student body. When Mordaunt’s son attended Farmdale nearly 15 years ago, enrollment was in the 800s, but as rents soared, enrollment dropped. Today, 320 students attend Farmdale, up from 300 last year, she says.

In 2021, LAUSD approved 40 more community schools, bringing the total to 70 in the district over the next three years.

Eviction is a clear example of the link between social issues and student achievement, says LAUSD board member Jackie Goldberg. When students don’t come to class, school staff search for them outside campus. Sometimes they find the student is not in class because they’ve been kicked out of their home.

Farmdale belongs to cohort I of the Community Schools Initiative, one of the 30 campuses that won funding in the 2019 contract between UTLA and LAUSD. The contract allocated $150,000 to community schools in the first year of their transition, and $250,000 in their second year. It also established the Community Schools Steering Committee, which oversees the transition process. In 2021, LAUSD approved 40 more community schools, bringing the total to 70 in the district over the next three years.

In their first year of transition, schools hire a full-time community school coordinator like Mordaunt to assess community needs and recruit interested parents to organize programming. At Farmdale, that process has been  badly disrupted by the pandemic. Each week, parent volunteers wait outside school during student pick-up, approaching other parents to talk about the community school transition, while two parental working groups are also meeting, one during the day and one at night and on weekends.

“We made it so we heard the students,” says council president Roxanne. “It’s better to hear people’s voices. Hear what they want for themselves.”

Without the community schools coordinator, a full-time, salaried position first established in UTLA’s 2019 LAUSD contract, creating a community school would be impossible, according to Mordaunt. “If I wasn’t here, nobody would be doing this work,” she says.

But not all community schools are thriving. At 74th Street Elementary School in South Los Angeles, coordinator Nicole Douglass says the transition is in a state of “pandemonium.”

“I have not done any official community school business,” she says. “I need to conduct a needs assessment. I need to do that. I have been covering classes. I am so behind in my community school work I almost hate to talk about it.”

Trouble on 74th Street is not the district’s fault as it grapples with unprecedented teacher shortages, Douglass argues, nor does it condemn the community schools model. “It’s not a district issue, it’s just a pandemic issue,” she says. “When we weren’t in a pandemic, I felt like I was moving and grooving in the right directions.”

This month, 74th Street will launch an after school language arts program to help young students who are still learning to read and write in English to catch up. The program will be the school’s first since the pandemic halted its community initiatives. Second graders are particularly behind in reading and writing, having just entered kindergarten when the city quarantined.

Board member Jackie Goldberg stresses that if done properly, the transition to community schooling is time intensive. “I don’t think we’re talking, ‘Add water and instant soup,’” she says.

At Susan Miller Dorsey High School, a historically Black school in Los Angeles’ Crenshaw District, the transition is just beginning. Dorsey belongs to cohort II, a group of 40 new community schools, 10 of which were funded with money from the $25 million cuts to the Los Angeles School Police budget. A parallel Black Student Achievement Plan (BSAP), using the same pool of money, is also underway on the 10 BSAP campuses. Dorsey feeder elementary and middle schools, like Audubon Middle School in Leimert Park, are BSAP schools in addition to being cohort II community schools, meaning Crenshaw students could attend community schools through the eighth grade and then matriculate over to Dorsey, says UTLA president Cecily Myart-Cruz, never setting foot outside a community school until they go to college.

After years as an English teacher in the LAUSD, Dorsey community school coordinator Maisha Walker Deen can hardly believe she spends her time talking to people about what they want on campus. “I go everywhere and have conversations with everyone, and sometimes it feels like I’m cheating at work, but this is really my job,” she says.

In the early days of the school year, Walker Deen arranged a meeting with the Baldwin Hills Elementary community schools coordinator at CJ’s Cafe, a diner serving Mexican food and soul food in Crenshaw. The pair’s waitress went to Dorsey, it turned out, launching another conversation on what the school needed to thrive.

Dorsey is no stranger to community programs, says Walker Deen, but so many initiatives have collapsed without district attention or support. She intends to reinstate Safe Passage, a chaperone service for students walking to school. Walker Deen hopes community school funding can ensure better continuity. “So many times things have started [and] ended because a person left,” she says.

Walker Deen finds the work reparative, both for her and the school, following an 18 month period in which COVID-19 wreaked havoc in Crenshaw.

“It’s nice to have someone who gets to love on and appreciate everyone,” she says. “I’ve been to more funerals than baby showers in the last year.”