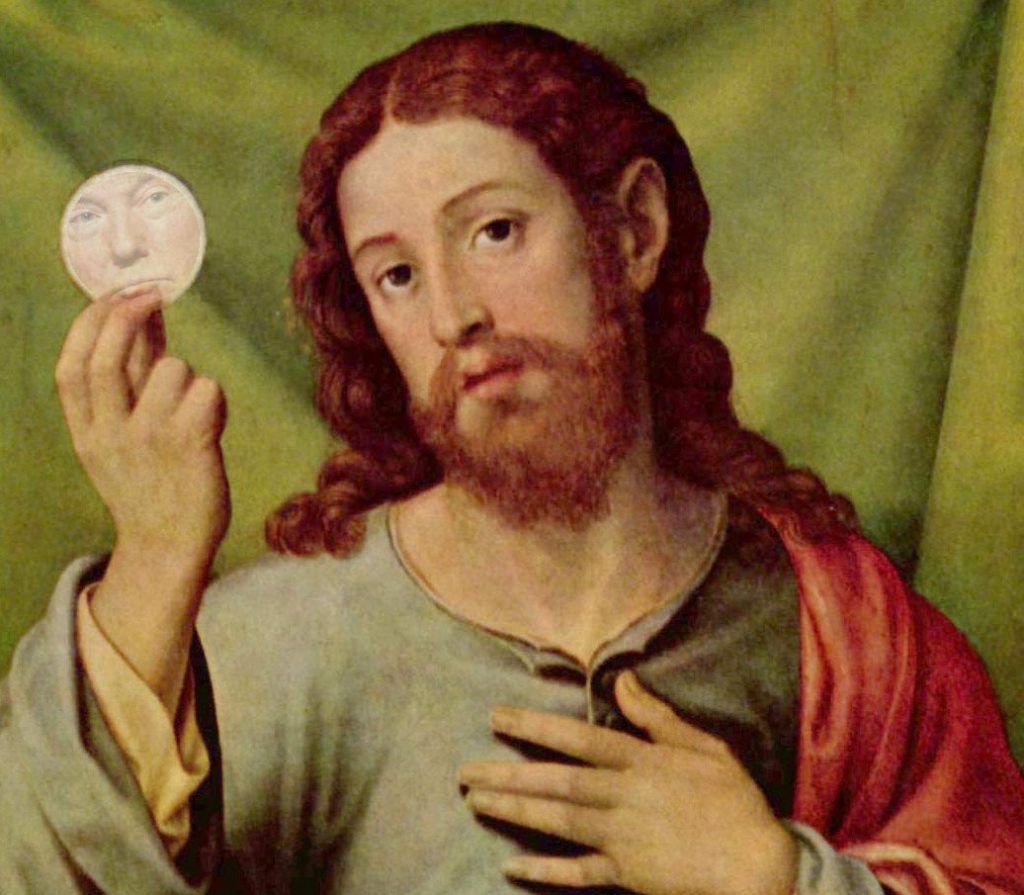 George W. Bush believed that God wanted to make him president. According to the book, The Faith of George W. Bush, by Stephen Mansfield, Bush shared with televangelist James Robinson a premonition that “my country is going to need me. Something is going to happen…” What President Trump thinks about God’s role in his election, we can only guess. But a sizable group of people in this country cling to the idea that God regularly interrupts the flow of the world’s natural order to pick winners and losers in everything from elections to football games.

Such a notion comes from a particular form of theology that now dominates the practice of Christian faith communities in this country. Known as evangelicalism, its white followers voted an overwhelming 81 percent for the new president. No other religious category gave Trump that kind of majority.

For a long time now, I have thought that evangelicalism is the theology of the American empire. Its roots go back to the Reform movement, one of two strands that formed in the century following Martin Luther’s Reformation, which hits its 500th anniversary this year. It came to this continent with the founding of the New England colonies, and its theology evolved to fit a national ethos that held our country was singled out by God, and that everyone who came here could succeed.

Not all people who call themselves “Reformed” hold such a set of notions, and believers in other traditions often hold similar ideas about God – usually described as a male figure who chooses certain people and even nations for a destiny that’s rare, if not unique, in any particular period of history. The New England colonists thought of themselves as a “city on a hill,” as Ronald Reagan reminded us during his presidency. America, the exceptional, was assigned by God Himself to lead the world into an era of order and prosperity.

For many in this tradition, “order” represents the person selected for a position of power. “Prosperity” itself has become the mark of a virtuous person. No one embodies that combination more than Betsy DeVos, who was recently confirmed by the Senate as the new Secretary of Education by an historic tie-breaking vote cast by the vice president. She comes from one of the most Reformed, evangelical corners of the country — Grand Rapids, Michigan.

The city hosts the home base of the Christian Reformed Church, four conservative religious publishing houses and three church-related institutions of higher education. She graduated from one of those, and has been deeply influenced by Abraham Kuyper, a Reformed believer and prime minister of the Netherlands a century ago, who advocated religious-based education. She and her husband attend the Mars Hill megachurch and have supported it with millions in donations.

President Trump’s religious background has its own peculiar connection to this faith tradition. He grew up attending a church in the Reform tradition, and then with his family in the 1960s began attending Norman Vincent Peale’s Marble Collegiate Church in Manhattan. Peale preached that the accumulation of wealth was a sure sign of God’s blessing, and urged people to practice The Power of Positive Thinking, as his best-selling book was called. In this formula, wealth results from a piety of positivity that God intervened to bestow. In Southern California that tradition was represented best by Robert Schuller of the Crystal Cathedral, and now by several other megachurches throughout the region.

For the president, it took a woman minister from a splinter of the Reform-oriented Church of God to bring him back into the fold. Paula White, a telegenic evangelist of the “prosperity” persuasion, who only graduated from high school, caught his attention on television. The pastor of a Florida megachurch, she claims that Trump has had a deep reconnection to God, and now walks a pious path as a believer. The combination weds power with prosperity.

As the linguist George Lakoff frames the results of the 2016 election, people who believe in a God like this also believe in a parallel structure of the nation and the family: A nation with a strong leader can fulfill its destiny among the peoples of the world, just as a solid father figure can order a family and lead it into financial security. To vote for a woman leader such as Hillary Clinton would demonstrate weakness and run counter to the image of God’s order in the universe. No wonder, Lakoff asserts, so many white evangelicals set aside their pietistic disdain for Trump’s personal excesses to support a man in the voting booth.

Just how authoritarian this president may become in creating a new order in America and the world, we do not know. Just how capable his domestic policies may be in regenerating good jobs for working-class white Americans remains uncertain at best, delusional at worst. But the biggest stratum of religious voters who are most “excited” and “satisfied” with the election results seems to be white evangelicals. They believe the right male authority has been elected to establish order amid their economic chaos and to return them to prosperity.

Not everyone who stands within the Reform tradition hopes to become rich or powerful. I know many who believe their view of God requires them to do acts of mercy and justice. They feed the hungry and seek healing for the sick, clothe the naked and visit people in prisons, just as Matthew 25 instructs all Christians to do. They pursue a justice that would change the systems that perpetuate these broken conditions. They do these things because they believe that is what God calls them to do.

Related Topics:Donald TrumpOp-EdReligion
Up Next