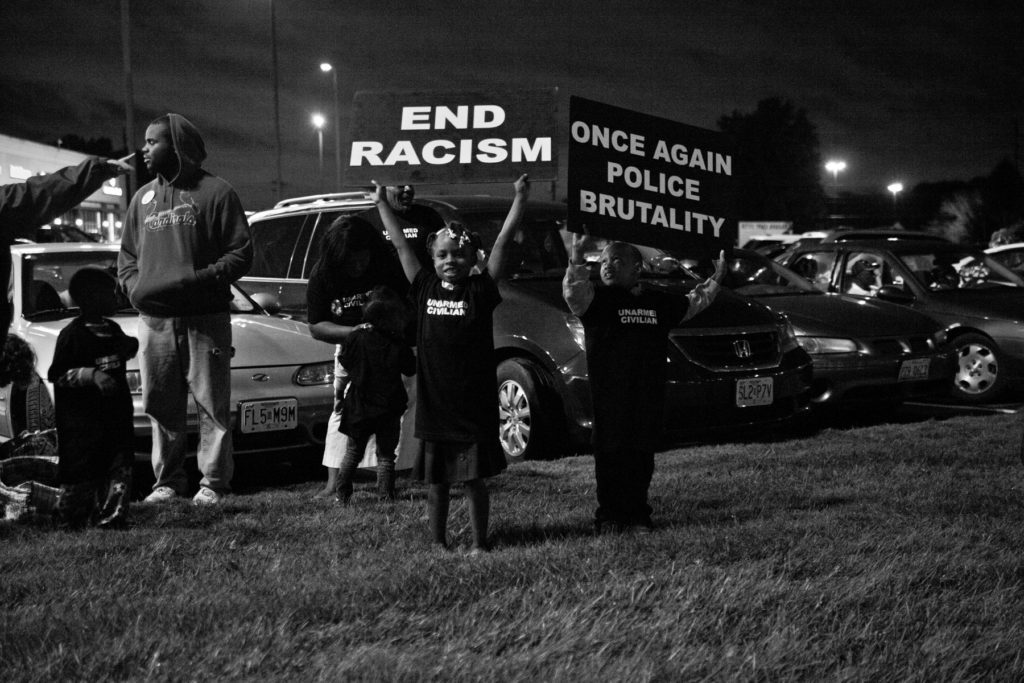 “A riot is the language of the unheard,” observed Martin Luther King Jr. in an interview with 60 Minutes’ Mike Wallace in 1966. King was commenting on the black power movement, and the perspective of militant black leaders like Stokely Carmichael, who were advocates of armed resistance to endemic racism, as opposed to the peaceful protest and Gandhian tactics methods espoused by King himself.

King’s quote prefaces the first of five parts of Whose Streets?, an impassioned documentary written by Los Angeles-born activist Sabaah Folayan, which she co-directed with Damon Davis, an award-winning interdisciplinary artist. A first-time effort, the film spotlights the turbulent grassroots protests that followed the 2014 shooting of an unarmed African-American teen, Michael Brown, by a white police officer in Ferguson, Missouri.

The authorities’ heavy-handed response provoked even more anger and resistance. There was looting and destruction of property — actions that the mainstream media eagerly focused on at the expense of a deeper probe into the unrest’s causes.

Whose Streets? offers an indignant counter-perspective, recounting events relating to Brown’s shooting from the protesters’ standpoint. It also relays the experiences of people trying to go about their everyday business of parenting and earning a living while exposed to daily humiliation and disrespect. 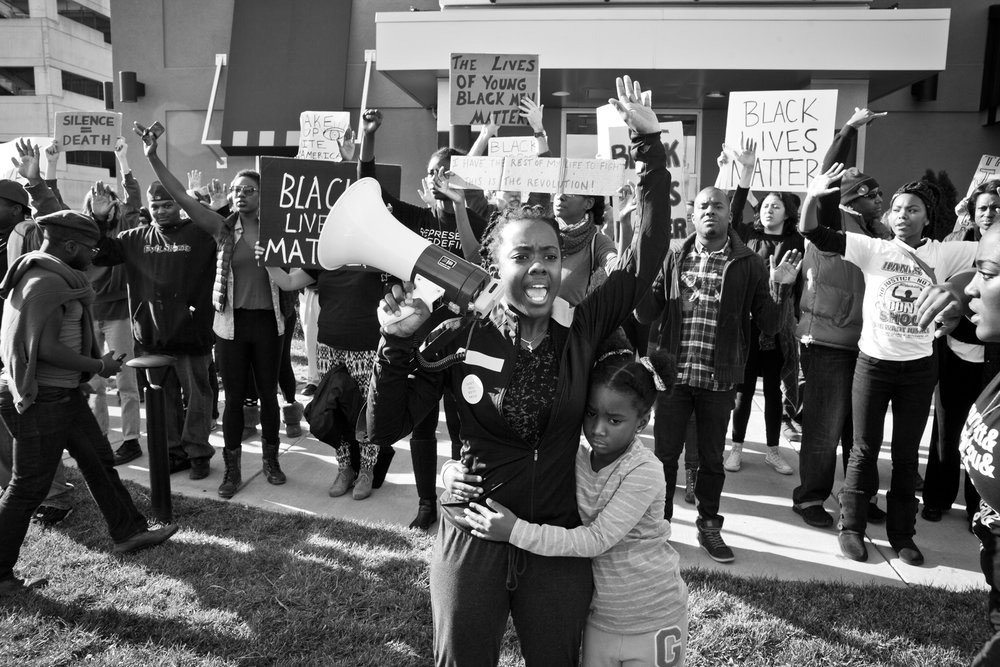 Several figures stand out: Brittany Ferrell, a vocal 20-something activist at the fore of a picket line, who at one point is arrested and led away in handcuffs for blocking traffic, and David Whitt, whose apartment looked out on the scene of the shooting, and whose main weapon of resistance was his camera, which, as a member of Copwatch, he used to document police wrongdoing. Both Ferrell and Whitt are parents, and some of the film’s most captivating scenes involve watching them relate to their young children, whose future likely rests with the outcome of their parents’ struggle  for dignity and respect. A third personage who speaks powerfully to the issue is rapper Tef Poe, a thoughtful man who keeps emphasizing that for black residents of Ferguson, the oppression is tiring and relentless.

While it succeeds in channeling the voices of people too long and too often dismissed by society at large, Whose Streets? has limitations. A juxtaposition of newsreel footage and video shot from hand-held cameras and cellphones, it frequently comes across as just as disordered as the demonstrations it documents. A stronger central narrator (or two or three) is needed to clarify the chronology of events for those of us who can’t specifically recall them. Plus, details of what went down seconds before the shooting were highly disputed at the time, but little of that is referenced or discussed. And the protest itself lacks a framework that might have been provided by referencing similar horrific events that have increasingly been caught on camera across the nation, with innocent people being gunned down by police with impunity.

But what the film lacks in cohesion and structure, it makes up for in purpose. One thing you notice is the contrast between this protest and the civil rights movement of the 1960s. There’s no MLK leading the march (no ministers at all, as Tef Poe points out), no intellectual or professional elite hoisting  picket signs. Instead, it’s just regular neighborhood folk, chanting in unison, “We have nothing to lose but our chains” and “Whose Streets? Our Streets!” as they forcefully stand up for their rights.

The Filmmakers of “Whose Streets?” Provide Concrete Images of a Community in Peril