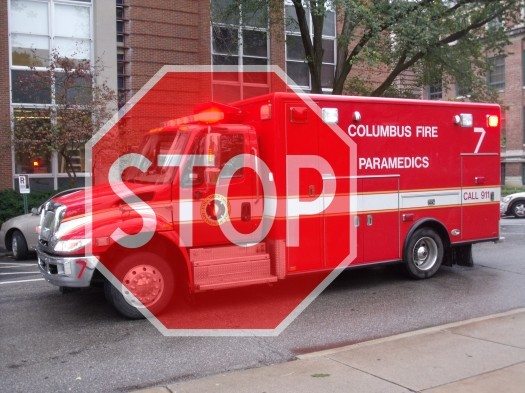 In the Appalachian foothills of Georgia, about an hour north of Atlanta, the riverfront city of Rome serves as a regional hub for health care. Near Rome’s tree-lined historic downtown, there are two well-equipped acute care hospitals with a total of more than 530 beds. Two years ago, the Medical College of Georgia opened a satellite campus in the city.

But in Rome, 27 percent of adults under 65 are uninsured, a rate that holds true across the state. Last year, the city’s two hospitals report spending more than $80 million delivering uncompensated care, often in the emergency room, where costs run high. Taxpayers and those with health insurance will end up paying for that care through government subsidies and higher premiums, industry experts say.

Rome’s dilemma is exactly the situation that the Patient Protection and Affordable Care Act, also known as “Obamacare,” was designed to fix — but that fix isn’t coming to Georgia.

The Patient Protection and Affordable Care Act provides for expansion of insurance coverage for low-income and middle-class adults, with the goal of reducing the $41 billion spent covering uninsured care each year.

A key provision, set to kick in on January 1, 2014, offers states federal funding to expand Medicaid coverage to all adults making up to 133 percent of the poverty line, or $25,975 for a family of three. In Georgia, over half of that group is uninsured.

But in the Deep South and Florida, Republican governors and state legislatures have turned down the funding, citing cost concerns and philosophical opposition to the safety net insurance program, which was signed into law on July 30, 1965. In Louisiana, Mississippi, Alabama, Georgia, South Carolina and Florida, the move will exclude 2.7 million low-income residents from Medicaid eligibility, according to the Urban Institute.

“In Georgia, these people are the working poor,” said Dr. Leonard Reeves, a family physician in Rome who volunteers at the city’s privately-funded free clinic. “I had an uninsured patient in his late 30s who worked every day of his life, and one day he finally came in when he felt he couldn’t go on any more.”

Dr. Reeves diagnosed the man, who was married and worked part-time as a forklift operator, with diabetes, but it was too late for insulin. After years without basic treatment, his kidneys had failed, and he needed weekly dialysis treatments to stay alive.

“He’s now on disability,” said Dr. Reeves. “If he’d had that insurance, he’d still be paying into the tax rolls instead of taking from them. There’s an old saying — ‘An ounce of prevention is worth a pound of cure.’ And that’s exactly what we’re talking about here.”

Across the country, at least 24 states plan to participate in the Medicaid expansion, including six states with Republican governors. In those states, the federal government will pay 100 percent of the program’s costs for the first three years and at least 90 percent of costs beyond that. States can join at any time—and can also drop out without financial penalty before state contributions are required.

But after the Supreme Court ruled last year that Medicaid expansion would be optional for states, an opposition block of state Republican officials emerged. In the South, where polls suggest a majority of residents support expanding Medicaid, elected officials have been especially resistant.

In Louisiana, Republican Governor Bobby Jindal has been among the program’s most vocal opponents. “It seems that our federal government measures progress by how many Americans it can put onto public assistance programs,” Jindal wrote in a recent op-ed. “We should measure success by reducing the number of people on public assistance.”

Louisiana — which tied with Mississippi for last place in the United Health Foundation’s 2012 state health rankings – currently limits Medicaid eligibility for working parents to 24 percent of the poverty level, equivalent to a single parent with one child making $3,722 a year.

In the South, state leaders are declining the Medicaid expansion under the Affordable Care Act, often for philosophical reasons. It would help low-income people. In Rome, Ga., 27 percent of adults under the age of 65 lack health insurance.

“If states choose not to expand Medicaid, they are pretty much condemning a portion of the population to not having insurance,” said Dr. Reid Blackwelder, the president-elect of the American Academy of Family Physicians.

“That means they are not getting routine care and relying on the emergency room for treatment.”

Hospital emergency rooms are required to treat everyone, regardless of insurance status. In the Deep South and Florida, uninsured care costs more than $5.9 billion each year, according to federal reports and the states’ hospital associations.

Last year, uncompensated care for Mississippi’s uninsured residents cost $488 million, says Combs. Although the federal government directly reimburses much of that cost, those payments are set to decrease, even if insurance coverage does not expand in Mississippi.

“These states are missing an opportunity to start shifting costs away from emergency rooms and toward wellness prevention,” said Dr. Blackwelder. “Every taxpayer in the state will pay for that.”

Medicaid’s cost to taxpayers has figured prominently in the fight over expanding the program. If they all participated in the expansion, the Deep South states and Florida could end up paying an additional total of $8.7 billion through 2022, according to the Urban Institute.

In his op-ed, Jindal cited projections that expanding coverage “could cost Louisiana taxpayers up to $1.7 billion over the first 10 years.”

But in Louisiana, where uninsured care already costs over $1 billion each year, the impact of Medicaid expansion is hard to predict. The report Jindal cites, from his own state health department, also projects that participating in expansion could net state taxpayers $367 million in savings over 10 years.

According to the report, the difference between the two scenarios — saving $367 million and spending $1.7 billion — hinges almost entirely on the program’s reimbursement rates, which are set by Louisiana’s state health department itself.

The Cost of Free Care

As the debate over Medicaid expansion continues, about 48.6 million people across the country are uninsured. For years, many have turned to a network of free or low-cost community clinics for basic primary care.

But although they’re free or low cost to patients, community clinics cost money to run. Dr. Gary Wiltz, the chair-elect of the National Association of Community Health Centers, runs the non-profit Teche Action Clinic in Louisiana’s bayou country. Half of the clinic patients are uninsured.

Thirty percent of the clinic’s budget comes from a federal grant, and most the rest from Medicaid and Medicare reimbursements.

“In those states where the governors have refused to take the money, our programs are being threatened,” Dr. Wiltz said of the nonprofit clinic model.

“It’s just incomprehensible that we would not take this in Louisiana, and it’s frustrating to be in a room with a patient and know that you could do more for them if you had the resources.”

The Georgia clinic where Dr. Reeves volunteers, the Free Clinic of Rome, is privately funded through faith-based organizations, a model some point to as a solution.

“It’s not as simple as saying, ‘Let the charities do it,’” said Dr. Reeves. “If a patient has asthma, I don’t have the equipment to do pulmonary function testing. If a woman comes in, I can’t do a Pap smear. That equipment belongs to the hospital.”

In Louisiana, state-run charity hospitals have long served the uninsured. Many have been privatized in recent years, a move that Dr. Wiltz says has led to months-long waits for specialist treatments.

“I’ve had patients die waiting to get worked up [by a specialist],” he said. “There are two death penalties in Louisiana — one in the criminal justice system, and one in the healthcare system.”

Florida is among the states with the most to gain through Medicaid expansion. Last year, the state’s 3.8 million uninsured residents cost hospitals more than $2.8 billion in uncompensated care, according to the Florida Hospital Association. Expanding Medicaid would cover about one million residents, according to the Urban Institute.

In February, Republican Governor Rick Scott, a former hospital executive, stunned observers by breaking ranks and announcing his support for Medicaid expansion in Florida. “While the federal government is committed to pay 100 percent of the cost, I cannot, in good conscience, deny Floridians the needed access to health care,” the governor said at the time.

Leaders in the Republican-controlled Florida House rejected, as a matter of principle, Scott’s proposal to accept the $51 billion in federal expansion funds, and the program remains stalled.

Like Florida, no state in the Deep South is taking expansion funding or creating a state-run exchange for consumers to purchase private insurance. The default federal exchanges open on October 1, and federal officials stress that it’s not too late for states to accept Medicaid expansion funding.

The day after Scott’s announcement, Alabama’s governor, Republican Robert Bentley, reacted to the news with surprising candor in an interview with the Montgomery Advertiser.

“I’ve met with all of those governors,” he said. “They have to make decisions for their own states, but I do believe, as much as possible, we need to stand together dealing with the creation of state based exchanges.”

He added: “And we need to stand together on the Medicaid as long as we possibly can, because those two things are necessary in order to implement the Patient Protection and Affordable Care Act. And my goal is to make some changes in that law.”

(Keith Griffith is a freelance journalist based in Chicago. His work has appeared in Grid Magazine, Chicago Reader and other publications. His post first appeared on Equal Voice and is republished with permission.)

Related Topics:Affordable Care Act
Up Next

The GOP’s House of Shame