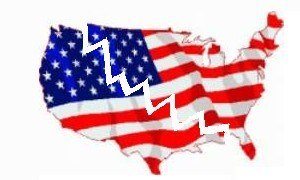 We come together as Americans when confronting common disasters and common threats, such as occurred in Boston, but we continue to split apart economically.

Anyone who wants to understand the dis-uniting of America needs to see how dramatically we’re segregating geographically by income and wealth. Today I’m giving a Town Hall talk in Fresno, in the center of California’s Central Valley, where the official unemployment rate is 15.4 percent and median family earns under $40,000. The so-called “recovery” is barely in evidence.

As the crow flies Fresno is not that far from California’s high-tech enclaves of Google, Intel, Facebook, and Apple, or from the entertainment capital of Hollywood, but they might as well be different worlds.

Being wealthy in modern America means you don’t come across anyone who isn’t, and being poor and lower-middle class means you’re surrounded by others who are just as hard up. Upward mobility — the old notion that anyone can make it with enough guts and gumption — is less of a reality.

The probability that a poor child in America will become a poor adult is higher now than it was 30 years ago, and higher in the United States than in the United Kingdom, which has a long history of class rigidity.

Almost one out of four of the nation’s children is in now in poverty, but you wouldn’t know that in Washington, where our representatives are now busily cutting safety nets children depend on, or in many state capitals that continue to slash budgets for education and social services.

Our thoughts turn to Boston — as they should. But Fresno and other places like it across America remain ignored.