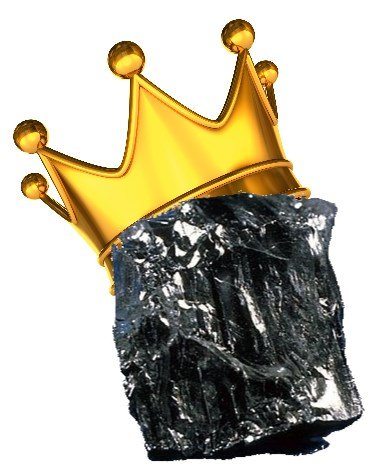 Here’s the good news: The percentage rate of change in global carbon emissions in 2014 was zero. It didn’t go up. That’s the first time in the record books that the world economy grew but carbon emissions didn’t. Here’s the bad news: The average global temperature has been hotter every month since February of 1985 than the 20th century average for any given month. We’re talking 360 consecutive months of warmer-than-average temperatures.

Here’s the really bad news: If we continue to extract fossil fuels – coal, oil, gas – at the current pace, we will not be able to live on the planet by mid-century.

We must leave 80 percent of our coal, oil and gas in the ground, if civilization is to survive.

Here’s the science: Despite the climate deniers, the consensus of people who study this field professionally say that if we raise the temperatures of the planet more than two degrees Celsius (that’s about 3.6 degrees Fahrenheit) human life as we know it will not be possible. We have already raised it 0.8 degrees Celsius, meaning that we have only 1.2 degrees to go. That means that we can spew about 565 gigatons of carbon into the atmosphere in the next 35 years and still preserve human civilization.

Some of these scientists have tried to determine how much proven fossil fuel reserves the world holds and what using them will put into the air. The Carbon Tracker Initiative concluded that the planet has enough proven, extractable energy sources now to pack 2,795 gigatons into the atmosphere. That’s about five times what we can use if we want to stay below the threshold of civilization collapse. That means we must leave 80 percent of the coal and oil and gas in the ground, if civilization is to survive.

As Jonathan Franzen put it so vividly in the New Yorker: “We’re taking carbon that used to be sequestered and putting it in the atmosphere, and unless we stop we’re fucked.” Even Britain’s Prince Charles agrees with that conclusion.

So here’s the economics: Keeping 80 per cent of the current known reserves of fossil fuel in the earth instead of putting them in the air means depriving the fossil fuel extractors from Alaska to Saudi Arabia of $20 trillion. That’s not chump change. In fact the last time that such a large amount of wealth was taken away from its owners followed that bloody mess known as the Civil War.

A generation before the war, cotton – the major product of slavery – amounted to about five per cent of America’s $1.5 billion economy. But the additional goods and services, along with non-slave labor, required to grow this major export greatly multiplies that amount. Edward Baptist, in his book The Half Has Never Been Told, calculates that altogether slavery was responsible for about half the nation’s gross domestic product.

To take the wealth of fossil fuels from its holders and drastically reduce its role in our economy will take political courage beyond our imagination. President Obama has just announced new regulations to shift from coal to renewable energy. The rules would decrease the U.S. carbon footprint by at least 30 percent from the 2005 level by 2030. In recent years the U.S. has eliminated 150 coal-burning plants. This would require more. Already the Senate Majority Leader, who comes from a coal-producing state, has sent a letter to all state governors telling them to just ignore the new federal guidelines. Meanwhile, India and China, the world’s two most populous nations, plan huge increases in the number of their coal-fueled electrical plants.

Similarly, America is on target to match or even break its peak-oil production year of 1970. New technologies and sources of fossil fuels, including deep water wells, fracking, horizontal drilling and shale fields make more oil more easily accessible. Nations with a back yard facing the Arctic are rubbing their hands together over the ice melt, hoping to cash in on the quarter of all reserves believed buried below the seabed. The U.S., Russia, Norway and Denmark (which owns Greenland) all want to go after the wealth. It’s not called “black gold” for nothing.

So the advocates for keeping fossil fuels in the ground – the so-called New Abolitionists – are demanding of the world what this nation required of itself following the Civil War. Then, slaveholders had to let go of their wealth, and others dependent on its economic surplus were left without any. The orderly transition President Lincoln envisioned, but did not live to accomplish, left freed slaves suffering and everyone else in chaos as the Southern economy collapsed.

The dilemma before us now is just as stark. Will we be shrewd enough to leave vast amounts of wealth in the ground in order to preserve human life and civilization? Will we carefully construct a “Great Transition,” as Naomi Klein and others call for, or will we just drift? As Martin Luther King Jr. put it a half century ago, will we slide into chaos or will we make community?