You have to be living in a cave to miss the brouhaha about French economist Thomas Piketty’s blockbuster Capital in the 21st Century.  His book documents the widening gulf between the rich and the rest of us by examining tax rolls and other arcane data from before the last century in this country and Europe.  He demonstrates conclusively that taxes on work are higher than taxes on wealth, playing a key role in creating and maintaining the gap.

That disparity was underscored again this month when the Los Angeles Business Journal published its list of the 50 richest in our region.  According to the Journal the “aggregate net worth, adjusted for inflation” of the wealthiest half-a-hundred increased by $29 billion during the last five years.  That includes four years of the Great Recession followed by disturbingly slow recovery, when huge unemployment rates kept a lot of people from sleeping.  Now a full 40 percent of Americans think of themselves as “lower-middle class” while median household income has dropped 7 percent since the end of the last century. 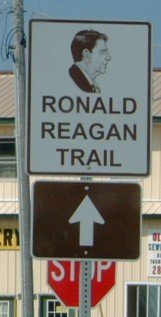 All this disparity is not by accident.  Deliberate public policies decided by elected officials make it happen.  For example, in the 1980s President Reagan fired all the air traffic controllers who were striking for better wages.  It showed the business world that busting unions was no longer taboo in America.  So they took up the battle, closing factories across the industrialized northeast, soon called the “rust belt,” and using the threat of closed plants to require givebacks.  So to keep their jobs, employees agreed to do the same work for less pay while picking up some of their own health care costs.  This decline in private sector unions has led to a general decline in middle income jobs.

Then in the nineties, President Clinton signed the North American Fair Trade Agreement (NAFTA), allowing companies to easily take operations across the border. At the time Democrats were almost evenly divided on the subject, but Republicans voted overwhelmingly for it.  The result was the loss of manufacturing jobs here as companies producing everything from car parts to jeans moved across the border.  The move created Maquiladoras, border factories, offering thousands of low-wage jobs that had been good middle class American work, and drawing thousands of impoverished Mexicans to the border region from all over that nation.

While this practice grew profits for corporations and forced many Americans to take lower paying jobs, the impact of social disruption, family disintegration and community chaos in Mexico has just begun to be measured.  Estimates indicate that up to a million peasants have lost their capacity to sustain their families.  Amid the anonymity of barrios crowded with new comers, serial attacks plague women.  Families suffer as parents work long hours for little pay and no health care.

Of course, the policies NAFTA pioneered became just the beginning of off-shored jobs. Sometimes enabled by other trade agreements,  manufacturers moved away from the border region to other countries in search of still lower wages and wider profit margins.  Think T-shirts in Honduras, underwear in India, shirts in Indonesia.  This erosion of manufacturing jobs in this country hasn’t stopped.  In this century, America lost six million manufacturing jobs.  Only half a million have returned in the last four years.  Sixty per cent of the jobs lost in the Great Recession paid a middle-income wage.  Some 59 per cent of the jobs created since pay only low-wage incomes.  By 2020 almost half of all jobs will be in low-income service work, sustaining the trend of a disappearing middle-class and extending the gap between the very rich and the rest of us.

Busting unions, shipping jobs across the border, manufacturing in low-wage countries only exacerbates policies that tax work instead of wealth.  These factors mean that a shrinking middle class is not the result of some natural economic inevitability, but the results of deliberate policy decisions by elected officials.  I find that hopeful, because if the loss of a middle class results from decisions by our elected representatives, those policy choices can be changed.  And that’s why, to me, democracy matters.