Kamyar Samimi was a 64-year old Iranian man who had lived in the U.S. for most of his life. He was an auto mechanic and a NASCAR fan—and he died in a Denver hospital after two excruciatingly painful weeks at the U.S. Immigration and Customs Enforcement’s Aurora Contract Detention Facility in December 2017. He had come to the U.S. in the 1970s and became a legal permanent resident in 1979.

Samimi’s 25-year-old daughter, Neda Samimi-Gomez, told Capital & Main that she has decided to speak out about his death because “it’s important to me that as many people that can be reached know this happened to my father.”

Last week, both Samimi-Gomez and the Colorado chapter of the American Civil Liberties Union joined a growing chorus of voices calling for an end to both preventable deaths and understaffing at ICE facilities and for better health care. The ACLU issued a September 18 report that slammed the Aurora detention facility for medical neglect in Samimi’s case and subpar care or mistreatment of 10 other detainees. The detention center is operated by the nation’s largest private prison firm, the GEO Group. 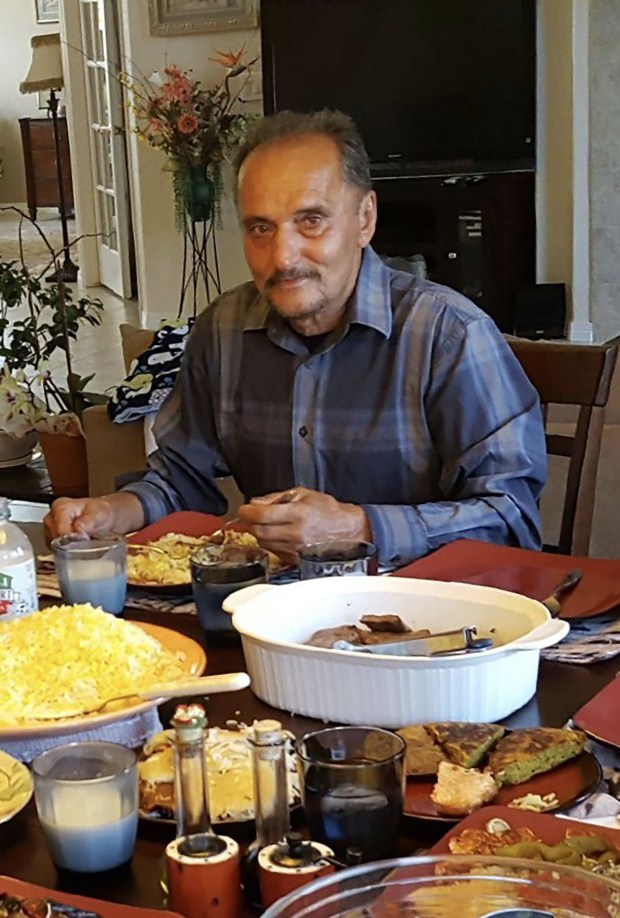 The staff of Rep. Jason Crow (D-CO) began weekly inspections of the Aurora facility in July, “after having ICE repeatedly fall down on the job of oversight,” a staffer wrote in an email to Capital & Main. Last month 15 detainees, including some who remain in ICE custody, sued the agency, alleging that they are denied timely medical, mental health and emergency care. They say treatment is not provided by qualified medical staff, and that private facilities discriminate against disabled detainees. In what is likely the largest class action ever brought against ICE, plaintiffs’ attorneys, including the Southern Poverty Law Center, Disability Rights Advocates and the Colorado-based Civil Rights Education and Enforcement Center seek to represent the more than 50,000 people the agency currently detains in all of its facilities.

Neda Samimi-Gomez said she never suspected her father could be arrested and taken away by ICE. But ICE officers told him that because of a 12-year-old felony drug-possession conviction, for which he completed a sentence of community service, Samimi had violated his legal permanent resident status.

At the time of his arrest Samimi was headed to a methadone clinic for a dose of the drug he’d been prescribed for 20 years, the ACLU report noted. Upon entering the center, he said he was already experiencing withdrawal. But the attending doctor, Jeffrey Elam Peterson, cut him off methadone entirely and failed to order standard monitoring of Samimi’s symptoms. “[I’m] dying here,” Samimi said two days later in a phone call recorded by the facility. An investigation by ICE details days of suffering in which he pleaded for help and even attempted suicide because he said the pain was so intense.

The day Samimi died, a nurse observed, “It smells like he has liver failure,” but he wasn’t sent to the hospital, the ICE investigation shows. Samimi screamed for help, as he had on multiple occasions during his confinement, and vomited blood. A GEO guard told ICE investigators that a nurse said, “He’s dying.” But the nurse failed to call 911. (When ICE investigators questioned her about the comment, she said that people in stressful situations sometimes say inappropriate and regrettable things.) A GEO supervisor finally called paramedics, but it was too late. Samimi was pronounced dead at the hospital an hour later.

“The people who work in jails or prisons know that’s no longer true,” said Marc Stern, a correctional health expert and former health services director for the Washington State Department of Corrections. “Unmanaged withdrawal is potentially lethal,” he said.

ICE investigators noted GEO’s repeated failures to follow the standard of care for opioid withdrawal, and to hospitalize Samimi once his withdrawal symptoms became severe, and the physician’s failure to answer phone calls about Samimi on the day of his death, along with many other lapses by detention facility medical staff. They also said that the medical supervision was insufficient “to assure adherence to provider orders and necessary and appropriate care.” The facility employed a single physician to care for more than a thousand detainees, the ACLU report noted.

Samimi is the not the only detainee to die in ICE custody allegedly from withdrawal. Stern said his death presents further evidence that ICE hasn’t learned from previous medical errors. Seven months before Samimi’s death, 23-year-old Jose Leonardo Lemus Rajo of El Salvador, who was held at ICE’s Krome Detention Center in Miami, Florida, died of acute alcohol withdrawal, an ICE detention death review found. “I don’t see evidence that lessons learned at one facility are incorporated in future care at the same facility, much less at other facilities,” Stern said.

ICE spokeswoman Alethea Smock wrote in a statement that Aurora “is a humane, clean and professionally run detention center.” Smock said the allegations in the ACLU report aren’t substantiated by ICE inspection reports; however, they are based entirely on ICE’s own investigation of Samimi’s death and an evaluation by a medical expert.

Rep. Mark Takano (D-CA) recently visited the Adelanto Detention Center near San Bernardino, California, which is also operated by the GEO Group, and raised similar issues. Takano wrote in a September 12 letter to ICE Acting Director Matthew Albence, “I was able to enter the quarantine section without any precautions and was not informed until after my departure from the room that the area was in fact quarantined for the purposes of containing an outbreak of mumps.”

A Crow staffer said the facility has filled some vacancies in the medical staff at the Aurora detention facility since the congressman’s staff began visiting. But ACLU of Colorado spokeswoman Deanna Hirsch said that so far little has changed for detainees there. Still, Samimi’s daughter, Neda, said she hopes that “if more people hear my story that it makes a difference and people will rally behind some sort of change.”

Related Topics:ACLUFeaturedGEO GroupImmigration and Customs Enforcement (ICE)
Up Next

Bicultural, Binational and Bilingual: Mexico City’s Community of the Deported