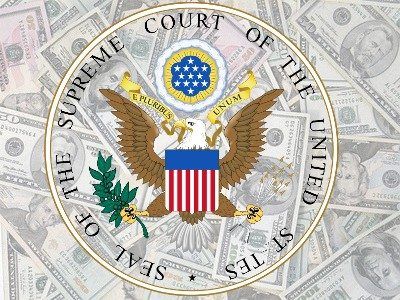 Last week the activist right-wing majority of the United States Supreme Court –in a radical departure from well-settled jurisprudence — further weakened the ability of labor unions to engage in meaningful political activity. The decision has been largely overshadowed by the Court’s ruling on Arizona’s S.B. 1070, and by its anticipated ruling on the Affordable Care Act. Yet, as far as the viability of the labor movement is concerned, the significance of this decision can scarcely be overstated.

In Knox v. SEIU, Local 1000, the majority opinion displayed an unprecedented level of concern for the First Amendment rights of a minority of public-sector employees – but only insofar as those rights limit the ability of labor unions to speak politically. The case arose from SEIU’s state-wide response to several anti-union voter propositions in California. The initiatives were announced after the union had already determined and sent out notices for dues for the coming year. Accordingly, the union planned a special assessment of fees in order to mount an opposition to the initiatives, and sent out legally required notices to members and non-member workers it represented, including public sector workers.

The dispute involved the rights of “objecting non-members” — government employees who are covered by a labor contract yet have chosen not to belong to the union that negotiated the contract. The underlying constitutional principle is that such employees  have a First Amendment right not to fund political speech exercised by the union. The constitutional issue in Knox v. SEIU is triggered by government action – the action of the government in arriving at a union security agreement with the labor union.

These rights of objecting non-members –to pay only a fraction of union dues paid by members while retaining full benefits of representation– are already well-protected by an onerous system in which the union must track its “chargeable” and “non-chargeable” expenses, and by which employees who object to paying full dues have the right to opt out of contributing to the union’s “non-chargeable” expenses (generally, political activity not directly related to the union’s duty as employee representative).

Thus, under existing law and practice, non-members are not required to fund political speech by the union (even if that speech is directly geared toward protecting their rights and those of other union members, as it was in the Knox case). Yet, last week’s decision upended several decades of the Supreme Court’s own jurisprudence in the area.

As Justice Stephen Breyer pointed out in his strongly worded dissent, it is explicit in the Court’s prior decisions that the previous year’s ratio of chargeable-to-nonchargeable expenses determines the pro rata share to be paid by an objecting non-member in a given year – a careful result designed to protect non-members’ rights and create an administratively workable system. By overturning that rule for mid-year assessments, the majority departed from precedent in a manner that is specifically calculated to diminish unions’ ability to respond to current political challenges in a timely and meaningful manner.

The majority’s solution to the administrative nightmare of implementing a present-year system of determining objectors’ pro rata share is to enact a rule that will further weaken labor unions. Per Justice Breyer, “[i]t seems to say that an objector can withhold 100 percent . . . of a special assessment,” regardless of whether it is for political purposes or additional chargeable expenses. This means that a union must anticipate all its expenses at the beginning of the year — although political challenges, such as the anti-union voter propositions at issue in this case, may not come up until later.

But the real kicker is the activist majority’s ruling that non-members must now affirmatively opt in to pay any special assessment –and its strong signal that it will so rule as to annual dues as well. All four justices outside the five-member majority agreed that this ruling was not only a break with well-established precedent, but that it also inappropriately answered an unasked question — in direct contravention of Court rules. The petitioners did not raise a challenge to the opt-out scheme, and it was not briefed or argued. Justice Sonia Sotomayor, in her concurrence in the result, declared that in its opt-in ruling, “the majority breaks our own rules and, more importantly, disregards principles of judicial restraint that define the Court’s proper role in our system of separated powers.”

Make no mistake: the majority has strongly signaled its intention to create a so-called right-to-work regime in federal employment.  It has been widely noted that this decision comes virtually on the heels of the Court’s unprecedented expansion of the First Amendment rights of corporations to engage in unfettered electioneering. What has not been so widely noted is that the decision creates an odd kind of double-speak, given that the primary (public) criticism of unions from the right is that they are “special interests,” which narrowly represent the interests of their members.

Yet the right-wing majority went out of its way to further straitjacket labor unions’ ability to advocate in the public interest, including the interest of working families generally. What is clear is that the majority in the Supreme Court is doing all it can to further distort the balance of power in the “marketplace of ideas” between moneyed interests and working people.