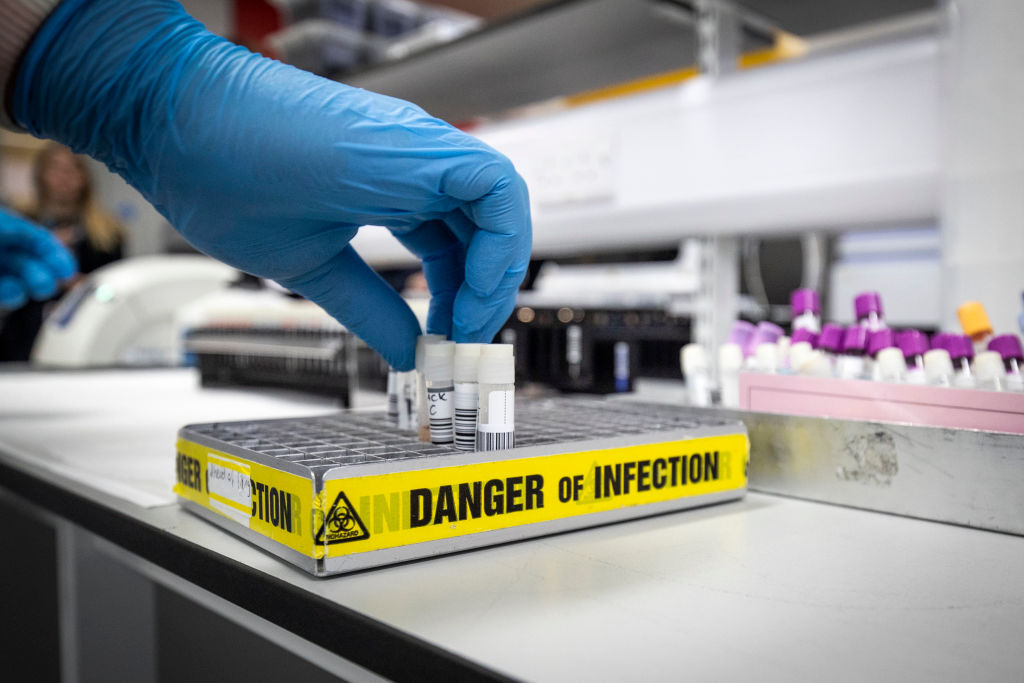 It was the end of November when Imelda Rosales started feeling sick, which she chalked up to several existing health problems. Still, amid a rash of coworkers falling ill with COVID-19, she went for a test herself. On Nov. 29, Rosales clocked in as usual at a Littlerock, California, McDonald’s — her employer of 11 years. By the end of the shift, however, she started to come undone with symptoms that included dizziness, sweating and loss of taste. The next day, the results came back: positive.

In a December complaint filed with the California Division of Occupational Safety and Health (Cal/OSHA), Rosales detailed multiple COVID-19–related workplace issues, including failure to routinely screen employees and an unwillingness to enforce mask and social distancing mandates among customers. The complaints have proven far from unusual, with story after story emerging of COVID-related cases and deaths across industries reportedly fueled by lax workplace protections.

In Los Angeles County, outbreaks at food processing plants — an industry with a catastrophic safety record nationally — were coupled with businesses reportedly proving slow to report cases and deaths, if at all. Humdrum jobs have proven especially risky. A recent University of California, Berkeley, study found that agricultural workers have contracted the virus at nearly three times the rate of other state residents.

In response, Cal/OSHA rushed into effect what are arguably the toughest pandemic workplace rules and regulations in the country. The new Emergency Temporary Standards (ETS), which went into effect the day Rosales’s test results came back, accompanies an equally new state mandate requiring employers to report to workers and relevant health authorities any workplace outbreak.

These new rules have faced pushback, however, around which speaks to a national debate over how to protect the health of American workers — and vulnerable, low-wage employees in particular — while keeping the wheels of commerce greased.

On one hand, a coalition of industry groups filed a lawsuit against Cal/OSHA and Department of Industrial Relations chief Douglas Parker, seeking to nullify the ETS by arguing, among other things, the absence of a proven “nexus” between positivity rates and workplaces. Another lawsuit that several organizations from the agricultural sector recently filed asserts the ETS as regulatory overreach.

On the flip side, state health officials have indeed been warning of the link between workplaces and higher risks of transmission. In Los Angeles County alone, there are more than 500 non-residential venues — including workplaces and food and retail stores — currently grappling with outbreaks involving three or more staff. Such developments help explain why the ETS has been warmly received by workers and labor advocacy groups who say that it provides protections in several key areas, including the right by employees potentially exposed in the workplace to get tested free of charge on company time.

“Until now in California, and still across most of the rest of the country, there are almost no legally enforceable rules requiring employers to protect workers from dangers from COVID,” said Eric Frumin, health and safety director of Change to Win, a national federation of labor unions. (Disclosure: One of the group’s member unions, SEIU, is a financial supporter of this website.)

But these same worker advocacy organizations raise concerns over a long-standing problem of inadequate staffing levels within Cal/OSHA, which could prove as big a threat to the effectiveness of new regulations as the lawsuits. In 2019, a federal report argued that filling vacant positions should have been an agency “top priority.”

Cal/OSHA didn’t file its first COVID-related citation until August. By mid-December, the number of citations had grown to 90.

Last August, however, the Los Angeles Times reported that severe staffing shortages have hindered Cal/OSHA’s ability to keep up with an avalanche of workplace safety complaints. A legislative brief for a subsequent public hearing stated how the agency intended to fill 65 enforcement positions by the end of the year, and 70 remaining positions by spring of 2021.

But Capital & Main has obtained organization charts showing that the number of vacant enforcement positions increased between November and December. By the middle of November, there were 54 unfilled field enforcement inspector positions at a vacancy rate of nearly 22%, these organization charts show. One month later, there were 57 vacant field enforcement inspector positions. “Even with the renewed vigor by Cal/OSHA over the past year to address its long-standing vacancy problem, it is hard to see any progress,” said Maggie Robbins, occupational and environmental health specialist with Worksafe, a labor advocacy organization.

Cal/OSHA didn’t respond before publication to questions about the current number of enforcement positions still vacant.

Workplace retaliation is another area of concern, with labor groups expressing disappointment that the ETS fails to include language protecting employees who raise or file complaints about lax COVID-related practices. When asked about that omission, a Cal/OSHA spokesperson wrote that current law gives “all workers legal protection against acts of retaliation,” and that they can file such complaints with the Labor Commissioner’s Office.

However, critics contend, these existing rules are inadequate. Labor agencies pay “very little attention” to instances of retaliation involving occupational health and safety as it is, said Robbins, who added that investigators typically lack training in this particular area, and therefore “don’t do a very good job of investigating it.”

Under the new standards, employers are also required to pay workers for the time they quarantine. This was a necessary stipulation, said Alice Berliner, director of the Southern California Coalition for Occupational Safety & Health, as during the pandemic, many employees — and immigrant workers in particular — have gone to work sick afraid to take “the paid sick time that they have a right to.”

But are low-wage workers adequately protected, even with these new rules on the books? It boils down to enforcement, say labor advocates, who point to the unfilled field inspector positions.

At the Littlerock McDonald’s, Hernando Marroquin, who owns and operates the outlet, strongly refutes Rosales’s assertions, as well as similar complaints made by some of her coworkers, writing in a statement that they “do not reflect what is actually happening in our restaurant as we work to protect and provide for our people and serve the community during this difficult time.”

Marroquin added: “We have rigorous policies in place to ensure crew and customer safety, and we are pleased that the Los Angeles County Department of Public Health found we were in full compliance with all local COVID-19 regulations and best practices during a recent visit to our restaurant.”

Cal/OSHA didn’t file its first COVID-related citation until the end of August, a $5,400 fine to a farm labor contractor for unhealthy workplace conditions and practices. By mid-December, the number of citations had grown to 90. In one of the costliest single cases, Cal/OSHA issued over $200,000 in proposed penalties to frozen food manufacturer Overhill Farms and its temporary employment agency, Jobsource North America, for safety failures that led to more than 20 illnesses and one death. As citations related to COVID have increased, so has resistance among industry groups to tightened regulations.

At a five-hour Cal/OSHA advisory meeting in mid-December, a wide array of business owners and trade organizations took turns to decry the practicalities of applying the ETS, especially when it comes to testing. “It’s pretty much impossible to meet the so-called immediate requirement for employers to test the employees,” said Alex Clifford, CEO of the Santa Cruz Metropolitan Transit District, arguing that the state’s testing infrastructure is still “not in place,” with access still very limited in certain areas.

Resistance or not, labor groups view the new standards as a potential blueprint for belated federal guidelines, especially when at least 14 states have adopted their own set of protocols. “Really, under the current administration, it’s a mess,” said Jessica Martinez, co-executive director of the National Council for Occupational Safety and Health, a worker advocacy organization. But how realistic is federal intervention?

According to Debbie Berkowitz, the National Employment Law Project’s Worker Safety and Health program director, national standards could be in place within a month of Joe Biden’s inauguration. “This isn’t rocket science — we know how to mitigate the spread of this in the workplace,” she said. The incoming administration “understands that workplace exposures are a significant source of that spread,” she added, pointing to how president-elect Biden has already promised federal emergency standards, and selected former federal OSHA head David Michaels to sit on the administration’s transition COVID advisory board — a move labor advocates view favorably.

Nevertheless, Change to Win’s Frumin warned that a number of California’s workplace provisions will likely prove “controversial” at the federal level, such as a mandate to pay employees for the time they’re off work with COVID-19, and transparency provisions concerning the reporting of COVID cases. “We have polar opposite approaches to these questions between California and Washington,” he said.

Another likely sticking point concerns the agricultural sector. While farmworkers are protected in California, they’ve notoriously been excluded from protection under key national labor laws. However, while it’s “likely” any federal ETS would reverse that sin of omission, it’s “possible” it won’t, said Frumin, pointing to what he said is a disregard for farmworkers “since the days of slavery.”

For Rosales, the message she wants to send her employer is simple: “I want them to take responsibility for what they’ve done and that they respect us as employees.”