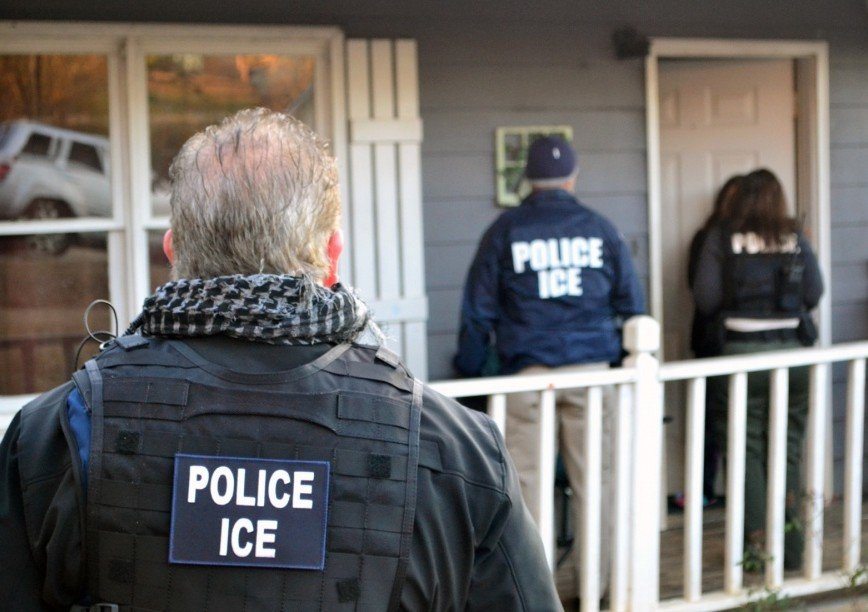 Note: This article has been updated to reflect the latest ICE-inmate figures for the Sacramento County Jail.

As the Trump administration ramps up deportations of undocumented immigrants, federal officials say they need more lock-ups in which to hold them, especially near the border with Mexico.

But California may refuse to help — with detention or any other aspect of the deportation surge. In fact, the state is considering a bill that, among other provisions, would bar county sheriffs from contracting with U.S. Immigration and Customs Enforcement to house immigration detainees in county jails.

The California State Sheriffs’ Association is one of the bill’s staunchest opponents, in part because since the 1990s, local sheriffs have reaped millions of dollars annually by renting jail space to ICE for its detainees.

Some legislators might sympathize with the sheriffs’ financial concerns. But poor conditions in which many detainees are held could also shape the debate. Inspection reports have shown county jails have violated ICE rules by denying detainees timely medical treatment or adequate recreation. And, in the Yuba County jail in Marysville, about 40 miles north of Sacramento, detainees like 38-year-old Orsay Alegria Sumita are alleging outright brutality and mistreatment.

Alegria said in a sworn statement that he suffers from epilepsy, especially when he’s stressed. Last October as he waited to be booked in the Yuba County jail, he felt an epileptic seizure coming on. He vaguely remembers that a guard told other detainees not to help him. Then the guard began kicking him. Alegria said that after the beating, he was left alone in a cell for three days, and later pressured to withdraw his complaint against the guard who assaulted him, which he refused to do.

Alegria and approximately 1,400 other ICE detainees housed in jails in three other California counties, including Orange, Contra Costa and Sacramento, aren’t accused of crimes.

They’re simply awaiting deportation or, like Jorge Alberto Manriquez, fighting immigration cases before a judge while confined at the Yuba County jail.

Manriquez is a U.S. Marine veteran who said in a sworn declaration that he suffers from post-traumatic stress disorder, brought on when he witnessed two cadets kill themselves during basic training. He is anxious and has trouble sleeping. When he entered the jail, he said he told a nurse that he needed medication for his PTSD, but he didn’t get to see a psychiatrist for three months. Manriquez also alleged that it took two weeks for him to get medication for a heart condition.

In Yuba County, ICE detainees are distinguished from other prisoners by their red jumpsuits. County inmates who are awaiting trial or serving time wear orange. But Carter White, who heads the Civil Rights Clinic at the University of California, Davis law school and represents the Yuba County Jail inmates in a class action lawsuit, said that’s largely where the differences end. ICE detainees and inmates serving time or awaiting trial, sometimes for serious crimes like murder or rape, are treated the same.

“They’re all treated badly. There are serious problems, especially with mental health, but also with medical care. It [Yuba County jail] is understaffed and staffed with people who are not qualified. That transcends red and orange,” White said.

White and his students have interviewed more than 200 inmates in three years, enlisted experts in their investigation and toured the jail repeatedly.

White and other attorneys for the prisoners are asking a judge to put an end to alleged constitutional violations at the jail.

“These include the County’s deliberate indifference to suicide hazards, woefully inadequate medical and mental health care, segregation of the mentally ill including in unsanitary ‘rubber rooms’ covered in blood and feces, and the lack of meaningful access to exercise and recreation,” court papers say. The attorneys further alleged in court documents that there were at least 41 suicide attempts at the jail in 30 months.

In its 2014-15 report, the Yuba County Grand Jury painted an equally dreary picture of jail conditions, noting that some inmates are housed in a section of the jail known as “the dungeon,” which has few windows and is perpetually dark. There is no registered nurse on staff and a doctor visits for just a few hours a day. Suicidal inmates are confined to padded cells, sometimes for weeks, and may or may not get blankets. “…little stabilization can be expected under such bleak conditions,” grand jurors wrote.

Yuba County Sheriff Steve Durfor told Capital & Main that he can’t comment on pending litigation. But he argued that inmate safety is important to him and his officers.

“It’s the highest priority,” Durfor said. “We take very seriously the proper treatment of all individuals in our care.”

Yuba County has housed ICE detainees since the 1990s, and its contract with the agency has been a financial windfall, currently providing about $5 million annually. That’s nearly half of his $11 million jail budget, Durfor said, and 20 percent of the entire sheriff’s department budget.

“It’s a huge financial impact,” Durfor said of the potential loss of revenue that SB 54 would bring. “It offsets costs of employing officers, medical and mental health staff and maintaining the jail.”

ICE detention contracts have also meant big infusions of cash to sheriffs’ coffers across the state. Orange County takes in about $22 million annually for housing more than 800 people in two of its jails. A spokesman for the Sacramento County Sheriff’s Department said its average daily population for calendar year 2016 was 3,920. Of those, 138 were ICE inmates. In fiscal year 2015-16, the county received a total of $4.9 million in reimbursement revenue for housing the ICE inmates at the department’s Rio Cosumnes Correctional Center. A contract provided by Contra Costa County shows that ICE pays nearly $6 million annually, also to hold some 200 detainees in its jail. The Santa Ana city jail has also housed ICE detainees, but an ICE spokeswoman reports the government is ending its contract with the city.

If SB 54 passes, Yuba, Orange, Sacramento and Contra Costa counties would likely continue to house ICE detainees until their agreements with the federal government expire.

In addition to ending the practice of local detention contracts with ICE, de Leon’s bill would bar law enforcement from sharing information and collaborating with the agency in most cases and limit assistance with immigration enforcement at other public facilities, including courthouses, schools and health clinics.

As in Yuba County, detainees in other county jails in California have also been held in substandard conditions, according to reports by ICE’s Office of Detention Oversight and Orange County’s grand jury. The reports cited are the most current that Capital & Main could immediately obtain.

A 2014 ICE inspection in Yuba noted that jail personnel failed to investigate a potential sexual assault and that two inmates subjected to use of force by guards waited three and five hours, respectively, for medical care after the incidents.

The 2015-16 Orange County Grand Jury cited an investigation into the Orange County Jail by the Department of Justice that found limited mental health treatment and an over-reliance on segregation cells and said so-called safety cells “don’t sufficiently mitigate risk for suicidal patients.” The DOJ report also noted concerns about use of force and medical care, grand jurors said.

A 2013 ICE inspection at Orange County’s Theo Lacy jail revealed that staff didn’t do required weekly reviews of prisoners who were placed in segregation for disciplinary reasons. Thus, they may have remained apart from fellow inmates longer than was necessary. ICE inspectors further found that jail staff used a chokehold on an ICE detainee. In total, the Lacy facility complied with just seven of the 18 ICE detention standards reviewed by inspectors.

A 2012 review by ICE of conditions at the Sacramento County Jail showed it complied with just six of 18 standards. Among inspectors’ findings: Jailers denied recreation to inmates placed in segregation cells and failed to offer a medical exam to a detainee involved in a use of force incident.

In Contra Costa County in 2013, inspectors found the jail complied with nine of 17 standards. They noted problems with medical care for chronically ill inmates, no dental screenings and the use of detainees to interpret for medical personnel.

“We take them very seriously,” said ICE spokesman James Schwab of failures to meet detention standards. Schwab promised to respond further but couldn’t do so in time for publication.

On Monday, SB 54 is set for a hearing before the Senate Appropriations Committee, where it is likely to come under attack by the sheriff’s association.

After all, ICE won’t stop detaining unauthorized immigrants just because local sheriffs won’t house them, and it may be better for detainees not to be shipped out of state, far from friends and family, Salzillo said.

Moreover, detainees might find equally inhospitable and sometimes dangerous conditions in ICE detention centers across the country, many of which have come under fire by human rights groups for years.

So far, support for the bill has been along party lines, with five Democrats voting to pass it out of the Senate Public Safety Committee in late January, and two Republicans voting no.

The California Peace Officers Association also opposes SB 54 in its current form. The California College and University Police Chiefs Association supports it. But other law enforcement groups have been mostly mum, neither supporting nor opposing.

De Leon’s bill is an urgency measure and as such requires a two-thirds vote and would take effect immediately after passage. That’s 27 votes in the Senate, or the exact number of Democrats in that body.

Democratic defections may be unlikely.

“It’s authored by the president pro tem of the Senate, so I think it has a good chance,” Salzillo said.

Immigrant Dad in Limbo After ICE Arrest Near Daughters’ School