That language will finally end speculation on how far Harris will go in describing the sweeping scope of the proposed constitutional amendment. Legal analysts have charged that it contains a hidden trigger aimed at not just slashing pension benefits but annihilating 60 years of state pension law along with the vast retirement systems that together guarantee the retirement promises made to California’s public employees.

Initial clues as to what might appear on the 2016 ballot emerged last week as the first formal responses by state officials to the proposed measure began to trickle in.

The stakes for all Californians in the so-called “Voter Empowerment Act of 2016” couldn’t be higher.

For Reed and his supporters, it all depends on whether and how Harris describes the measure’s ulterior ambitions. The language Harris chooses will directly impact the pension cutters’ ability to raise the $2.5 million to $3.5 million that the ex-mayor has estimated it will cost to gather the roughly 560,000 voter signatures needed to qualify for the ballot.

A restrained summary would additionally boost their chances to raise another $30 million that will be needed to mount a credible campaign against an opposition that has vowed to spend over twice that amount to defeat it. 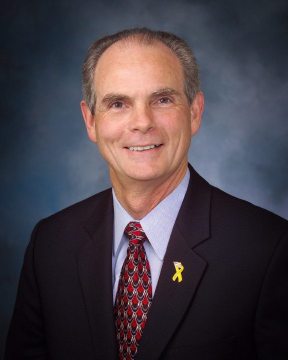 A more candid description, on the other hand, could spell a repeat of Reed’s try to put a similar pension measure on the 2014 ballot. That effort collapsed after Harris slapped it with a title and summary that frankly described its intended targets as the longstanding constitutional rights that protect public-sector pensions and the “teachers, nurses, and peace officers” who would have borne the brunt of its Draconian pain.

A Tuesday editorial in the conservative Orange County Register trumpeted what it claimed was “the seal of approval” given the measure on July 27 by an 11-page fiscal impact report issued by the California Legislative Analyst’s Office.

To no one’s surprise, LAO predicted “significant” savings to state and local governments should the pension cuts become law — which is not unlike describing the effects of the bombing of Dresden during World War II as a significant reduction in that city’s residential dwellings.

However, the report went on to caution that, “The magnitude and timing of these effects would depend heavily on future decisions made by voters, governmental employers, and the courts.”

The most detail was offered in the nightmare scenario outlined by CalSTRS CEO Jack Ehnes in a letter to assemblymember Rob Bonta (D-Oakland).

According to Ehnes, the financial impact to CalSTRS would be devastating. The measure would upend the fiscal and demographic math that went into Assembly Bill 1469, the law signed by Governor Jerry Brown last year that put the Great Recession-battered CalSTRS back on a sound 30-year fiscal track. Rather than achieving the law’s goal of full funding by 2046, however, the projected red ink resulting from the Reed measure’s closure of CalSTRS’ defined benefit plan to future hires would make the system’s unfunded liability balloon. That would in turn dramatically increase the contributions required from the state and school districts as well as potentially raise the costs of borrowing through downgraded state and school district credit ratings.

For the teachers themselves, it gets worse.

By giving voters the authority to determine benefit plans for local teachers at the district level, the Reed measure would immediately splinter the retirement system into 1700 separate plans and sweep away the so-called “California Rule” that currently puts public-sector pension promises behind the political firewall of the California Constitution’s Contract Clause.

“The measure would allow voters in a school district to change all of the terms and conditions of a member’s benefits earned for future work,” the letter stated, “to increase their required contributions or to impose additional risks on the plan’s ability to achieve full funding. … For new employees of school districts statewide, voters will not be obligated to enroll them in a defined benefit plan, a defined contribution plan, or any retirement plan at all.”

In the latter case, teachers in the poorest or stingiest districts would find themselves left on their own, with Social Security as their only assured source of retirement income.

The ax would also disproportionately fall on women, who comprise 70 percent of the public school teacher workforce, and who would be particularly penalized for interrupting their careers to raise families. The Reed measure eliminates the current portability of CalSTRS’ defined benefit plan and mandates that returning teachers be treated as “new employees,” which would effectively place them at the whim of district voters.

The final indignity would be the likelihood that the act’s very “empowerment” of voters to make changes to the terms of the plan on an ongoing basis would run afoul of IRS rules, and that could result in the revocation of CalSTRS’ tax exempt status. Without tax exemption, the letter points out, “the system would effectively close and the State and school districts would have to assume principal funding of earned benefits for retired educators and their beneficiaries, and to pay the annual taxes due on the income from CalSTRS’ $190 billion investment portfolio.”

CalPERS CEO Anne Stausboll reiterated Ehnes’ main concerns in her own letter to Bonta and pointed to a 2011 CalPERS white paper that painted a full picture of the legal and administrative quagmire that would be created by closing a defined benefit plan of CalPERS’ gargantuan scale.

Kamala Harris will weigh in on Tuesday.