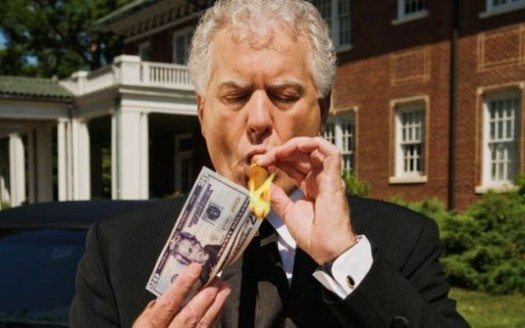 Instead of spending August on the beach, corporate lobbyists are readying arguments for when Congress returns in September about why corporate taxes should be lowered.

But they’re lies. You need to know why so you can spread the truth.

Lie #2: U.S. corporations need lower taxes in order to make investments in new jobs. Wrong again. Corporations are sitting on almost $2 trillion of cash they don’t know what to do with. The 1,000 largest U.S. corporations alone are hoarding almost $1 trillion.

Rather than investing in expansion, they’re buying back their own stocks or raising dividends. They have no economic incentive to expand unless or until consumers want to buy more, but consumer spending is pinched because the middle class keeps shrinking and the median wage, adjusted for inflation, keeps dropping.

A growing percent of their customers are outside the U.S. Their investors are global. They do their R&D all over the world. And they park their profits wherever taxes are lowest — another reason they pay so little in taxes. (Don’t be fooled that a “tax amnesty” that will bring all that money back to America and generate lots of new investments and jobs here — see item #2 above).

Related Topics:corporate tax loopholes
Up Next

Why Is It Always ‘Safety Last’ at BART?