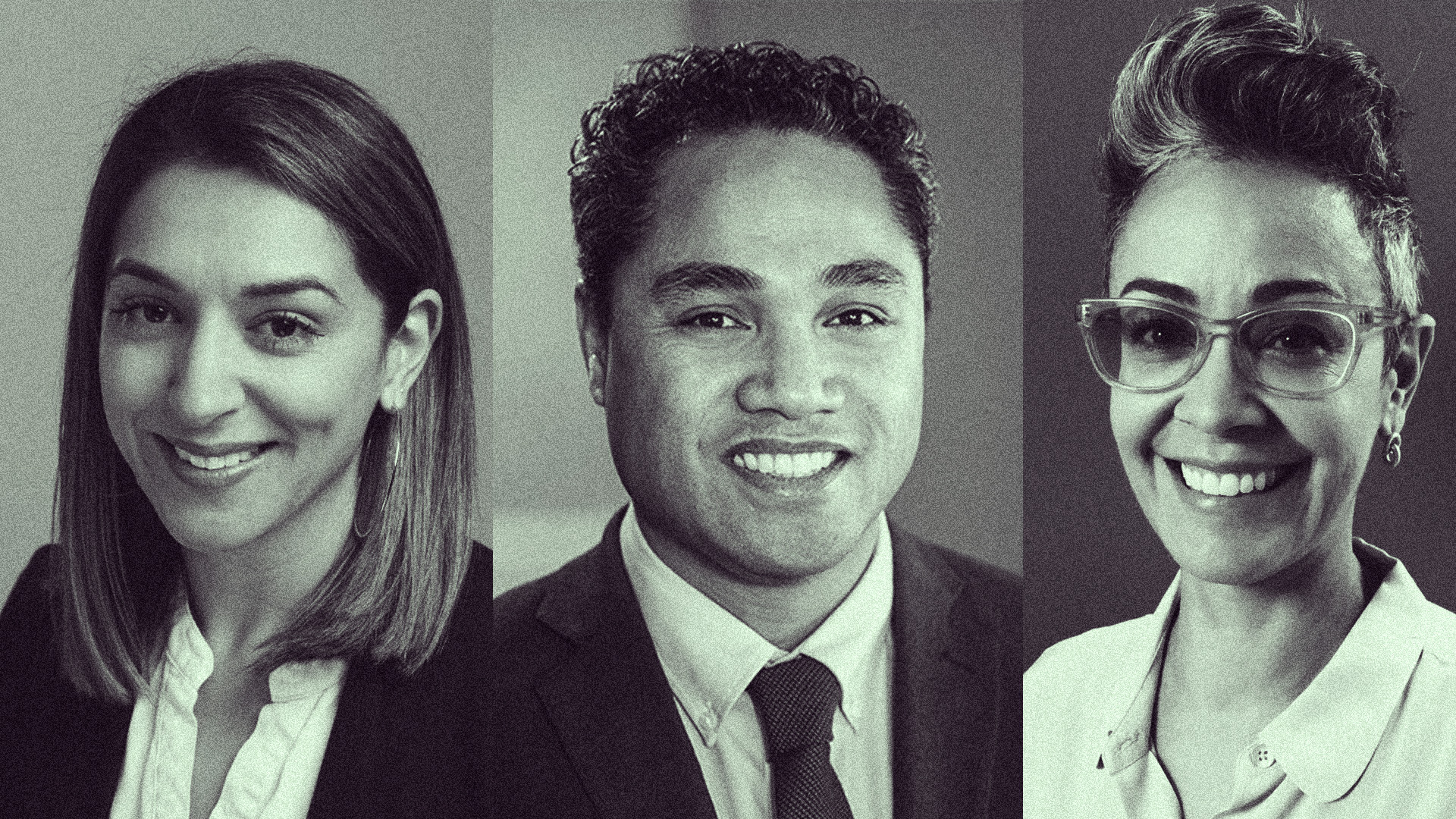 Furious parents in the San Francisco Unified School District have some unusual company in their quest to recall three school board commissioners this Feb. 15 — such as Arthur Rock, who is not an SFUSD parent at all. In fact, he’s 95 years old, and he has no children. But Rock, a billionaire and an early Apple investor, donated nearly $400,000 this winter to recall school board commissioners Alison Collins, Gabriela López and Faauuga Moliga.

Rock is one player in a special election that has drawn nearly $2 million in donations from Silicon Valley tycoons, charter school investors and real estate interests. Angry parents first launched the recall over COVID-19 policies, a contentious school-renaming project and nasty racial conflict at an elite school in the district, but the grassroots nature of the effort has been diluted as billionaires and special interest groups bought into the campaign.

All three candidates facing recalls are up for reelection in the fall (assuming they survive at the polls Feb. 15). The race highlights the danger of the recall as an antidemocratic tool, opponents say, allowing big donors to try and oust lawmakers in lower-turnout special elections. Some activists in San Francisco also say the race is part of a nationwide trend in which parents angry over racial justice education are using recalls to challenge school boards; in the first six months of 2021, 51 recall efforts were launched against school boards nationwide, targeting at least 130 elected officials.

In many cases, powerful special interests and inscrutable political action committees are bankrolling the backlash. In Loudoun County, Virginia, a PAC headed by an official who served in Donald Trump’s Justice Department is leading the effort to recall four board members. Originally, the PAC planned to go after six of the nine school board members, but one died and one resigned. Right-wing financial machines like the American Legislative Exchange Council (ALEC) and Citizens for Renewing America are designing model legislation banning the teaching of critical race theory; the legislation is then introduced nearly word for word in state legislatures by Republican lawmakers.

Recalls have also targeted progressive district attorneys elected to reform criminal justice systems. In the Northern Virginia suburbs (which include Loudoun County), just as in San Francisco, key organizers behind school board recalls are also working to recall progressive county prosecutors. In Virginia, recall organizer Sean D. Kennedy told the New York Times that his campaign was part of an overdue backlash to George Floyd protests and rising crime and was a “test case to launch nationwide.”

San Francisco Supervisor Dean Preston, a progressive, says the recall fever sweeping California is a “big concern” for left-wing progress in the state. “It’s a combination of a power grab by some folks who want the mayor to be able to install their preferred people on the school board,” he said, “and an attempt by big money and more conservative interests to use the recall to achieve their goals.”

For Commissioner Faauuga Moliga, fighting his recall is the third campaign he has run in three years, and definitely the hardest, he said. Moliga grew up in housing projects in San Francisco and is the first Pacific Islander to hold elected office in the city.

“When I first ran for school board, it was [about] trying to get a voice,” he said. “This feels different. You’re fighting to keep your voice from people trying to take it away.”

In San Francisco, Todd David, who served as campaign director for Democratic state Sen. Scott Wiener’s 2016 race, runs a pro-recall PAC, Concerned Parents Supporting the Recall of Collins, López and Moliga, which has raised more than $1 million. (Wiener, like the mayor and most other political leaders in the city, supports the recall.) Donors include Rock and the Neighbors for a Better San Francisco PAC, which outspent Rock with $458,800 in donations, making it the largest single contributor to the recall effort.  Neighbors for a Better San Francisco is also the largest single contributor  to the campaign to recall San Francisco District Attorney Chesa Boudin.  The PAC is heavily funded by Republican billionaire William Oberndorf, co-founder of the American Federation for Children with Betsy DeVos, succeeding her as chair when she became Donald Trump’s education secretary. Oberndorf gave $600,000 to the PAC in 2021. PACs representing the California Association of Realtors and the California Apartment Association together donated over $92,000 to Todd David’s PAC.

The other pro-recall PAC, Recall School Board Members López, Collins & Moliga, is run by tech couple Siva Raj and Autumn Looijen. They’ve focused on smaller donations, but have also taken money from rich outsiders  like PayPal founding COO David Sacks, who fundraised for Florida Gov. Ron DeSantis. Looijen has no children in the school district, while Raj moved to San Francisco only in 2020 and enrolled his son that year. After launching their campaign they went on Glenn Beck’s radio show to advertise the effort.

“All three of these school board members are not folks who are going to approve a charter school in general.”

The campaign is “hyperlocal,” Todd David said. “The only thing we have in common with any of the other recalls is timing. Our recall has nothing to do with any other recalls going on anywhere else in California or the nation.”

Ken Tray, former political director of the United Educators of San Francisco (UESF), sees a broader strategy in investments from right-wing billionaires who want to build a new school board that will expand charter schools in the city. The San Francisco School Board and UESF have long kept charter schools out of the district.

“All three of these school board members are not folks who are going to approve a charter school in general,”  Tray said.  “Consistently, over the last number of years, the school board has not voted in favor of charters.”

In the 2020 school board races in Oakland, Rock gave $37,500 to the Power2Families PAC, which supported a charter-friendly slate (Michael Bloomberg gave $200,000). Rock also funds the National Alliance of Charter Schools and is a partner in the charter school management company Rocketship Education. Rock is one of the most prominent figures in California working to expand charter schools, according to Clare Crawford, a school privatization researcher at the nonprofit In the Public Interest.

David denies the link. “Charter schools are, politically, incredibly unpopular in San Francisco,” he said. “That there are some people with some connections to charters, if anything, that is harmful to the messaging. There’s no connection to pro-charter, anti-charter agenda at all.”

David’s PAC collected $74,000 from the California Association of Realtors, and another $7,500 from the San Francisco Apartment Association. Why would the real estate sector invest in an education recall?

“School districts have a lot of real estate and often in really prime locations,” Crawford said. “Charter growth also accelerates the sell-off of public assets because it contributes to the decline in enrollment in district managed schools. There’s a lot of pressure to unload what’s viewed as excess property.”

The California Association of Realtors did not return requests for comment.

Even in Deep-Blue San Francisco, All Signs Point to Recall

Supporters of the San Francisco school board recall say the commissioners engaged in a farcical effort to rename 44 high schools during the height of the pandemic in 2020 and 2021, including schools named for Abraham Lincoln, George Washington and Dianne Feinstein, and that they did so at the expense of planning the district’s reopening.

Even more contentiously, the board switched from test-based admissions to lottery admissions at Lowell High School, the city’s elite public high school where students compete with infamous intensity for academic status achievements. The switch to lottery admissions outraged Lowell parents, students and alumni, exploding racial tensions between Black and Asian San Franciscans. (Asian students have comprised over 50% of the students at Lowell though Asian Americans are only 30% of the city’s population; Black students, in a city where Black children represent 5.5% of the total, have been under 2%.)

Siva Raj launched his recall PAC with Looijen in February of 2021, after he began to tune into commissioner meetings and discovered the board had scant plans to reopen, he told the National Review. Raj found the commissioners placed reopening at the bottom of their agenda, returning to the topic after spending hours discussing racial diversity at Lowell High, or whether a gay, white dad was diverse enough for a parent volunteer committee. (Weeks before Raj and Looijen filed their recall paperwork, the San Francisco City Attorney’s Office sued the school board for failing to adequately plan its reopening.)

Coming from India, Raj said he understands the need to address racist history, but “this wasn’t the time to do it. It was such a distraction,” he said, “at a time where we really couldn’t afford any distractions.”

In San Francisco, some Democrats have pivoted from decrying the recall of Gov. Gavin Newsom to endorsing the recall of Collins, López and Moliga. Mayor Breed, who would appoint the replacements, has endorsed their removal even though she appointed Moliga to his seat in 2018.

When Breed called Moliga to tell him she was supporting his recall, Moliga said he was astonished at her reasoning in spite of his respect for her background. (Like him Breed grew up in housing projects in San Francisco.)

Moliga, a former social worker, maintains he shepherded a number of mental health initiatives during the pandemic, including  the district’s “Wellness Checks” program and a community hub for Samoan students at the Samoan Community Development Center in the Sunnydale housing projects.

A Remedy for Public Schools Catches On