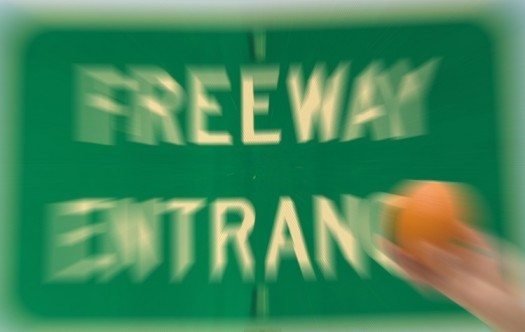 A bag of oranges
doesn’t appear
to be heavy
but hold one
yourself and count
three hundred
cars driving by.
As she stands between
the stack of salty
peanuts and dusty
grapes, the bag
gets heavier and it
retains that heaviness
when it’s passed through
the window; and the driver,
hoisting it onto
the passenger’s seat,
thinks, this is a lot of
fruit for two dollars.

Source:  “Complexities” first appeared in CQ: California State Poetry Quarterly, Winter 1986-1987; Volume 13, Number 4.  It was subsequently selected as one of the poems for the 1988 SMARTS (Santa Monica Arts) Poetry on the Bus project. It also appeared as a spoken word track on Vehemence (New Alliance Records, 1993).

Bill Mohr is an associate professor in the Department of English at California State University, Long Beach. His books include Hidden Proofs, Bittersweet Kaleidoscope, and Holdouts: The Los Angeles Poetry Renaissance 1948-1992.  Beyond Baroque Literary Arts Center recently gave him the George Drury Smith Award. A book-length translation of his poems into Spanish, Pruebas Ocultas, is forthcoming from Mantis Editores in Mexico.