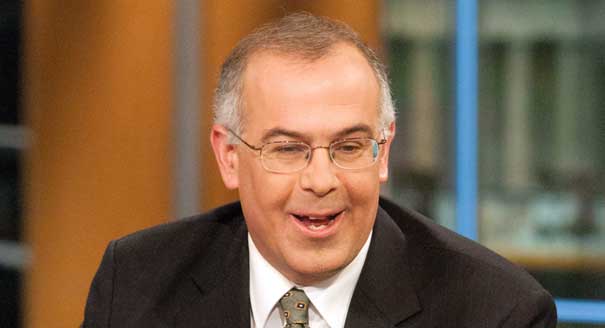 Through a story of personal tragedy and the virtues of small-town life, voluntarism, and compassion, the New York Times’ David Brooks has written a column that unwittingly exposes our nation’s outrageous cruelty and callousness.

In his December 30 column, “Going Home Again,” Brooks tells the story of Ruthie Leming, a school teacher and mother of three daughters in St. Francisville, Louisiana (population 1,765), who last year, at age 40, was diagnosed with a virulent form of cancer. Brooks understandably laments the tragedy and applauds Ruthie’s community, which rallied around her and her family as her health deteriorated.

“There were cookouts to raise money for her medical care,” Brooks reports. On April 10 last year — officially “Ruthie Leming Day” — “more than half the town went to a fund-raising concert” to help pay her medical expenses. When Leming died on September 15 of this year, “more than 1,000 people signed the guest book at the funeral.”

Brooks uses this story as a parable about the virtues of what he calls “communitarian conservatism,” which he contrasts with “free market” conservatism. Brooks favors both, but laments that the former version — which he identifies as rooted in “small towns, traditions, and community” — has gotten less attention.

The support that Ruthie Leming got from her friends and neighbors is indeed heartwarming. Of course, neighborliness and compassion are not unique to small towns. Nor are acts of cruelty and mean-spiritedness confined to big cities. There is plenty of crime, domestic violence, bigotry, and racial and economic tension in rural America.

But as Brooks extols his vision of compassionate conservatism, he casually and conveniently passes over the major outrage of Ruthie Leming’s last year on earth — the fact that her community had to hold fundraisers so her family could pay her medical bills. Brooks wasn’t writing a column about health care policy, but implicit in his story is the notion that charity is an adequate substitute for government regulation or funding to meet basic needs.

In no other civilized nation would the Leming family face this double tragedy of debilitating illness and deep debt. Indeed, people in other well-off countries view America’s lack of universal health care as cruel and barbaric, as indeed it is.

Charity is a good thing. People will always face tragic circumstances where compassion — by individuals and by entire communities — can relieve suffering. As Oliver Zunz points out in his new book, Philanthropy in America, voluntary giving — by the very rich and by ordinary people — can benefit society, especially when it is used to support the extra things that government cannot fully support, such as museums, symphonies, theater, and Little League. But conservatives romanticize charity (which former President George H. W. Bush called “a thousand points of light”) when they view it as a substitute for government support, and argue that voluntary donations and good will gestures can adequately raise funds for K-12 education, feed the hungry, house the homeless, or pay for medicine, hospitals, and doctors’ bills.

The real “community”-wide solution to our health care crisis is universal insurance, which can only be achieved with government setting the rules and providing subsidies.

Exorbitant medical bills are the biggest cause of personal bankruptcies and home foreclosure. In recent years, health care profits — for drug and insurance companies, in particular — have soared, while more and more Americans found themselves without any health insurance at all or (like Ruthie and her husband, Mike Leming) with inadequate insurance that didn’t cover their medical bills. As part of their standard business model, insurance companies calculated which Americans were expensive to cover and refused to provide coverage to those people who had what they euphemistically called “pre-existing conditions.”

Last year the nation took a step forward in addressing these problems with a health reform law that requires every American to have insurance, provides subsidies for those who can’t afford it, and restricts insurance companies from discriminating against sick people. While America was debating health care reform, the insurance companies, big business, and the Republican Party spent tens of millions of dollars — in TV ads, campaign contributions, and lobbying — to oppose and weaken the bill. Now every Republican candidate for president has pledged to dismantle what they call “Obamacare” before it even has been fully implemented.

It is a great reflection on the generosity of the people of St. Francisville, and an awful reflection on American society, that at their time of greatest need, Ruthie and Mike Leming had to rely on donations to stave off financial ruin. In what kind of society do we allow teachers and firefighters to rely on charity to help pay their medical bills?

Can Tourism Deliver the Good Life for Angelenos?

Cornering the Market on Healthy Food