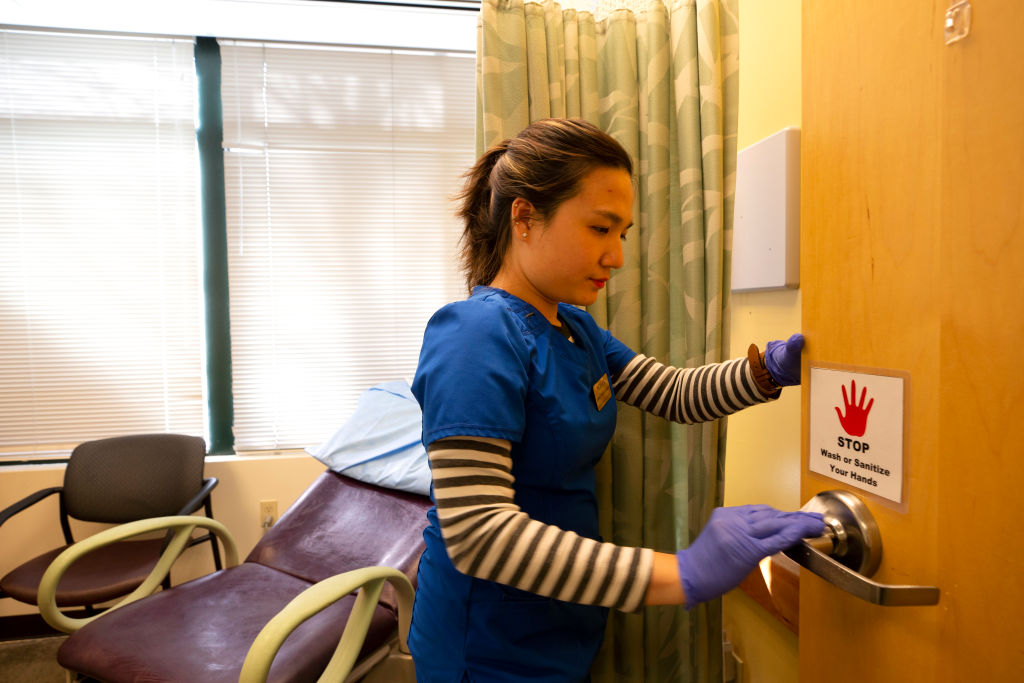 As the CEO of a group of safety-net health centers in Northern California, Dr. Melissa Marshall can do the math. She factors in reduced patient visits, adds the small-business stimulus loan the group received, subtracts revenue to account for near-shuttered dental services, and reviews again and again the scrappy and efficient business practices that have kept the clinics running for decades.

There are only so many ways to work with that.

At risk is the primary health coverage of some 29 million Americans, most of them poor or lower-income earners.

Community clinics are under siege in America, an unforeseen and ironic development arising from the COVID-19 pandemic. Battered by reduced federal reimbursements as patients shy away from in-person visits, often ill-equipped to quickly pivot to the telemedicine systems that have propped up the health-care giants for years, clinics are furloughing some employees, laying off others and – far too often – closing locations altogether.

What lies in the balance is the primary health coverage of some 29 million Americans, most of them poor or lower-income earners who rely on the clinics for treatment and medicine. With millions more finding themselves suddenly out of work and off company insurance plans, the numbers of potential clinic patients could swell at precisely the time the system is undergoing a painful contraction.

Doctor: “Another crisis awaits: Lack of access
to affordable care for the millions of people
who have lost their jobs and health insurance.”

“This pandemic will leave its mark on U.S. health care long after the immediate threat passes,” said Dr. Ron Yee in an email exchange. Yee is the chief medical officer for the National Association of Community Health Centers (NACHC). “Another crisis awaits: Lack of access to affordable care for the millions of people who have lost their jobs and health insurance.”

That is a potentially devastating multiplier. When people get sick and their clinics close, they will wind up in the emergency rooms of major hospitals already straining to keep up with staffing, equipment and supply needs related to the rising number of COVID-19 patients coming through their doors.

In New York, about 70 percent of the 800 safety-net clinic systems statewide have been forced to close at least one site.

“Our health care system in some respects has been a house of cards,” said Marshall, whose six CommuniCare clinics hosted 134,000 patient visits in Yolo County last year. “What you’re seeing right now are some of those cards getting pulled.”

The numbers are daunting. In New York, about 70 percent of the 800 safety-net clinic systems statewide have been forced to close at least one site. La Clínica de la Raza, which sees about 90,000 low-income patients via hundreds of thousands of visits in the San Francisco Bay Area each year, is losing $3 million in revenue per month and had to furlough about 300 workers.

“It’s staggering,” said Carmela Castellano-Garcia, CEO of the California Primary Care Association. In her state alone, she said, a 44 percent dropoff in patient visits to community clinics was the primary driver in a reduction of 6,000 safety-net health workers by the end of April.

The nation’s heartland is faring no better. Dr. Susan Turney, CEO of the Marshfield Clinic Health System, which covers the mostly rural northern two-thirds of Wisconsin, said during an American Medical Association video discussion that her system’s net operating income was down by $70 million, prompting furloughs and layoffs. “We are really in survival mode,” said Turney, who added that Marshfield is the largest employer in that vast region of the state.

As recently as March, it was thought by some medical experts that community clinics could become de facto extensions of their states’ larger health systems, jumping in to provide extra testing sites and treatment locations for COVID-19 patients and those with symptoms of the disease.

Instead, clinics have become one of the first facets of the U.S. healthcare system to experience a deep financial crisis. Yee said the NACHC’s analysis of federal data showed that there have been more than 2,000 site closures nationally. And a woefully inadequate response by the federal government has only exacerbated the problem.

Urban and rural clinics recognized as Federally Qualified Health Centers get reimbursed for patient visits by their states’ Medicaid programs (Medi-Cal in California) under guidelines set by the Health Resources and Services Administration. The reimbursements allow the clinics to offer medical and dental services on a sliding rate scale that adjusts to patients’ ability to pay, including those who cannot pay at all. (It’s estimated that about a quarter of those who visit safety-net clinics are uninsured.)

The clinic system is part of a specific federal program that was launched as part of President Lyndon B. Johnson’s War on Poverty in the 1960s. In recent years, the expansion of Medicaid eligibility in many states via the Affordable Care Act has led to all-time highs in usage of safety-net health centers.

But the COVID-19 outbreak has not only forced clinics to move resources to prioritize being able to test and treat coronavirus patients, but – to the surprise of many directors, Marshall said – their usual patients took shelter-at-home instructions to the extreme of not even visiting their doctors when feeling ill.

Since clinics traditionally have been reimbursed by Medicaid for in-person visits rather than for remote ones, the resulting drop in revenue was extreme. And the clinics have halted all but emergency dental service, which in normal times is a much-used and profitable practice that offsets losses in other areas of health-center operations.

Some states have moved to establish same-level Medicaid reimbursements for telemedicine as for in-person visits, a move that many safety-net CEOs have been urging for years. Castellano-Garcia praised California’s leadership for securing a waiver from the federal government in March to do just that, and said she hopes it will become a permanent change, allowing clinics to work more efficiently, especially in far-flung rural areas with limited numbers of sites.

Shifting to telemedicine in the middle of a pandemic has been problematic for many health centers, requiring new software in some cases and worrying in others that patients, especially the elderly, lack the access or the bandwidth to use such a system. “But we are doing it – we have found a way,” said CommuniCare’s Marshall. “This pandemic has presented us with both challenges and opportunities.”

In March, the NACHC urged Congress to include financial relief of $3.2 billion to the clinic system as part of its federal stimulus package. The bill as passed provided just $1.32 billion instead. Marshfield’s Turney told the AMA the Wisconsin clinics’ stimulus loan, while appreciated, “didn’t cover half of a payroll.”

A large part of the clinic system’s federal funding expires in November. Without a significant reinvestment by the government, Yee said, the long-term viability of the system is an open question. While safety-net clinics will undoubtedly continue to exist, their reduction in numbers during the COVID-19 crisis could be disastrous to the one in 12 Americans who need them on a regular basis.

“Our best defense against the next pandemic is a robust public health system,” Yee said. “Sustainable funding is needed to address the critical facility needs and expand access to preventive care in medically underserved communities where populations are most vulnerable to pandemics.”

And in the here and now, it only takes a glance at the federal unemployment numbers to know that a new wave of need is building.

“It’s clear we are going to see a tremendous increase in the number of people on [Medicaid],” said CommuniCare’s Marshall. “That comes back to community health clinics.”