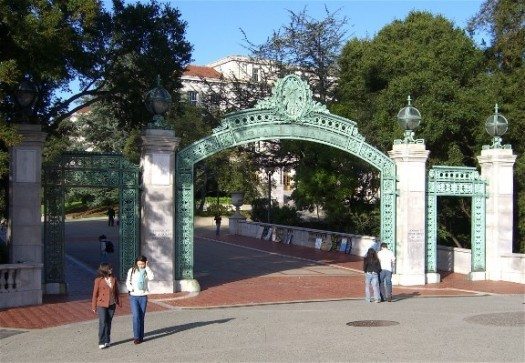 Two decades ago, this week’s report that New York University President John Sexton got a $1 million loan from the school to purchase a Fire Island vacation home would have been a national scandal. Today, it is a sign of the times. As young people graduate college facing crushing debt, college presidents, even in public schools like the University of California, are living high on the hog. NYU alone has given over 100 faculty large loans, and its former law school dean got $5.7 million for a townhouse in the West Village and a 65-acre second home in rural Litchfield County.

This disconnect between economically struggling students and privileged college presidents is deplorable. Yet school’s governance by elite-dominated boards perpetuates this staggering inequality. Activists need to find ways to prevent students from subsidizing these lavish administrator salaries, and legislation, civil disobedience and public shaming may all be necessary.

If NYU were the only university treating its president and leading deans like Wall Street CEOs, we could attribute its lavish compensation schemes to its surrounding environment. But when disgraced former Penn State President Graham Spanier got $2.9 million, Ohio State’s recently departed E. Gordon Gee $1.9 million (he was forced to resign after joking about Notre Dame that “those damn Catholics” can’t be trusted), and Auburn’s President Jay Gogue $2.5 million, it’s clear that there is something terribly wrong about college education spending priorities.

Just consider: as Pennsylvania, Ohio, and Alabama slashed state education budgets (and a state commission subjected Philadelphia to mass school closures), public universities paid their presidents wildly excessive amounts. According to the Chronicle of Higher Education, presidential compensation rose 4.7 percent during the 2011-2012 school year. How do these public institutions get away with it? After all, there’s no way voters would support paying big bucks to school presidents at the expense of raising tuition and reducing educational opportunities for the middle- and low-income people.

The answer is that president salaries aren’t subject to a popular or direct legislative vote. Most states have bodies like California’s U.C. Board of Regents, whose seats are historically filled by large campaign contributors for whom a president’s $2 million compensation package is chump change.

This insulation from public scrutiny enabled top U.C. officials to get lavish salary packages even as student tuition skyrocketed and college budgets were slashed. In late 2011, students joined with UAW 2865 and AFSCME 3299 to highlight this contrast, but while protesters got sympathetic media coverage, the Regents still granted raises to top officials as high as 23 percent.

It’s hard to believe now, but when insider trader Ivan Boesky famously claimed in 1986 that “Greed is all right, by the way. I want you to know that. I think greed is healthy. You can be greedy and still feel good about yourself,” it caused a huge backlash against Wall Street. Today, even critics of NYU’s Sexton and others shrug with resignation and assume that college presidents, like Wall Street CEOs, “deserve” whatever financial deals they can get.

That’s why civil disobedience and other non-legislative tactics will be necessary to shame college presidents and their governing board into limiting lavish pay hikes and packages. These college executives should not be off limits; they are being amply rewarded for forging close school ties with developers and corporate interests, and with billionaires branding entire campuses (as Phil Knight has done at the University of Oregon), the college president is increasingly akin to a corporate leader.

It’s bad enough when Wall Street CEOs get obscenely high financial packages, but it’s even worse when taxpayers are footing the bill for college-president bloat. As students soon face another year of rising tuition, they should consider forcing school officials like those above to justify their compensation; at the very least, their neighbors and surrounding community will learn the truth about how they got that second home and other perks from taxpayers.

A Harsh Schooling: The War Against Public Education