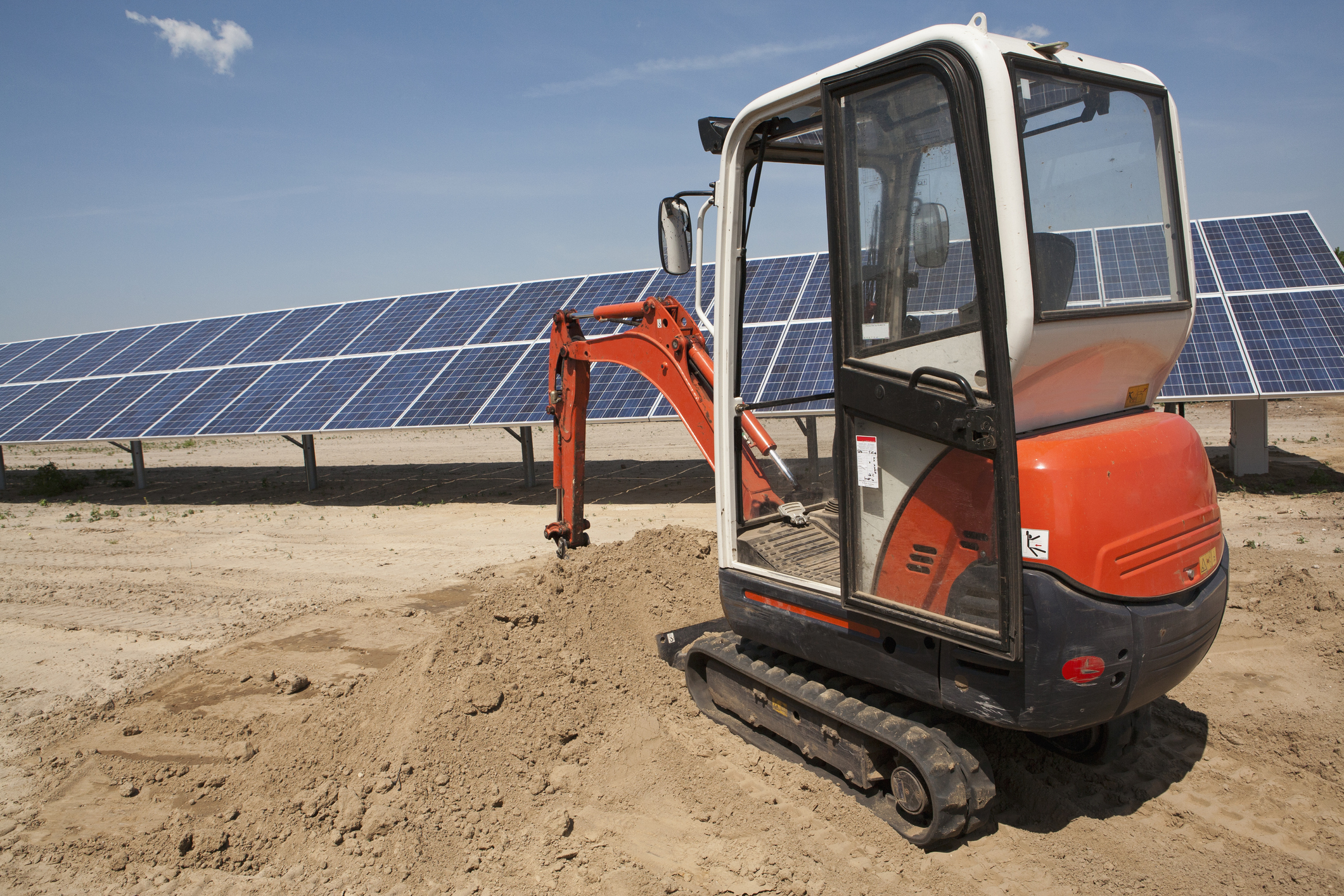 This story is the second in a four-part series.

The IRA’s rebates, tax credits and grants could lead to trillions for new energy infrastructure such as solar, wind and battery storage across the U.S. over the next 10 years. Much of the buildout would depend on increasing electrification, tying a large number of jobs to grid development. And because it offers bonuses to businesses that pay decent wages and hire apprenticeship-trained workers, California is poised to get a good chunk of the money.

Environmentalists and the state’s powerful building and construction unions have frequently found themselves on opposing sides when it comes to climate and fossil fuel regulations. Oil and gas are major employers of members in these unions, which this year led an effort to kill a bill that proposed increasing the state’s cuts to climate-warming gasses by 2030.

“Policies that serve to increase the burdens on our already struggling power grid without simultaneously creating new forms of production pose an enormous” risk, the State Building Trades Council wrote in its opposition to the legislation, AB 2133, which failed though it had been one of Gov. Gavin Newsom’s priorities.

But the tide could now be turning if clean energy companies respond to incentives in the Inflation Reduction Act. For this to happen, California would have to be willing to embark on the kind of industrial-scale building spree for clean energy that isn’t often politically popular in the state.

Clean energy industrial policy at the state level could help balance the parts of the IRA that prop up fossil fuels. The law requires the federal government to hold auctions for oil and gas leases before it does so for wind and solar projects, and there are incentives for carbon capture technology and hydrogen energy production — two sets of technologies favored by the industry because they can be folded into existing oil and gas operations.

A key element of the shift to a green economy is bolstering a “just transition” — ensuring that when oil wells and refineries are shut down, thousands of workers get well-paid jobs with green energy producers and suppliers. The idea is still more theory than reality, but as a state on the forefront of the energy shift, California is uniquely positioned to benefit from federal funds for such a jobs transition.

Under the IRA, companies that generate zero-emissions electricity are eligible for tax credits that become more valuable if wage and apprenticeship rules for workers are met.

“There’s up to five times the level of incentives for paying prevailing wages and using apprenticeships on clean-energy construction projects,” according to Jessie Hammerling, co-director of the Green Economy program at the University of California, Berkeley, Labor Center. “Businesses willing to invest are well positioned to take over the new work.”

Electricians, pipefitters, plumbers, carpenters, sheet metal workers and more could benefit. The IRA is also predicted to create a huge number of jobs for U.S.-based manufacturers of solar, wind, battery and other renewable energy sector components, but wage and apprenticeship bonuses are only for construction work.

But the law’s emphasis on industrial scale building could also threaten California’s decentralized clean energy systems, which state policymakers would have to protect.

Under the IRA, companies that generate zero-emissions electricity (or others that build batteries to store excess energy from renewable sources like wind and solar) are eligible for tax credits that become more valuable if wage and apprenticeship rules for workers are met — something that applies across the board in the law.

When it comes to solar, large projects with rows of panels in the desert represent only about half of California’s solar market. The other part is distributed (rooftop) solar consisting of panels and energy storage units on a discrete property. The IRA also offers updated credits for individuals to install this kind of small-scale solar.

Federal credits for solar installation are now being shoehorned into a fight at the California Public Utilities Commission, where large utilities — Pacific Gas & Electric, San Diego Gas & Electric and Southern California Edison — are lobbying to gut separate credits for rooftop solar on the state side.

Utilities “are playing a zero sum game: Whatever Congress gave, [Gov.] Newsom should take away,” says Bernadette Del Chiaro, executive director of the California Solar & Storage Association, who says utilities are trying to dominate the market by undermining rooftop solar.

Just days after President Biden signed the IRA into law, the three utilities submitted a motion asking the PUC to factor in the new federal credit in its decision on whether to limit state-issued credits.

Unions representing trade workers prefer larger projects because opportunities for industrial work in rooftop solar are scant. Over the last couple years, they’ve fought alongside utilities to end California’s “net metering,” which allows rooftop solar owners to receive a state credit for surplus energy they send to the grid.

On Sept. 19, 16 members of California’s congressional delegation sent a letter to the PUC asking it to preserve net metering, writing that it was “concerning to see entities arguing that the IRA’s passage warrants weakening state-level solar and storage policies.”

A coalition of unions representing utility workers asked the PUC to rescind net metering, arguing it unfairly benefits wealthy households that can afford upfront costs of solar installation. Various health and environmental justice groups say this reasoning has no merit.

If the fight over solar is a proxy for splits between trade unions and environmental justice groups, the IRA presents other opportunities for alignment.

That includes credits for clean energy and efficiency upgrades for new and existing homes, such as renovations and swapping out gas appliances for electrical ones. It also creates a tax deduction for businesses that make their buildings more energy efficient. Credits and deductions are higher if wage and apprenticeship requirements are met.

“We don’t have the dominance that we do on the traditional energy side, but we’re getting more engaged” over the next decade, Meredith said.

More than 80 groups represented by the Climate Justice Alliance concluded that the IRA as a whole does more harm than good.

Legal advocacy groups were initially neutral on the bill but became opposed when affordability protections were removed. But they are broadly supportive of large-scale home builds, a point of overlap with unions.

The IRA could also usher in $334 billion in capital investments for wind and solar, plus $46 billion for transmission lines. This year California made regulatory changes that sacrificed some local permitting authorities to speed up approvals for renewable energy, including solar, wind and transmission lines, as well as for manufacturing their components.

Offshore wind has particular promise. The Biden administration wants to hold lease sales for anchored turbines in federal waters near California by 2025, and is planning two pilot projects for floating turbines to supply millions with power by 2035. The state is studying the potential workforce and seaports investments.

But wind and solar lease sales can’t happen under the IRA without the government also holding lease sales for oil and gas development — a contradiction that threatens to undermine the law’s effect on reducing greenhouse gas emissions, critics say.

The Market ‘Will Speak for Itself’

More than 80 groups represented by the national Climate Justice Alliance concluded that the IRA as a whole does more harm than good. In addition to competitive grant funding that leaves underresourced communities at a disadvantage, there’s also billions for industry-backed “negative carbon” fuels and schemes.

The IRA could give billions in tax credits to fossil fuel and other companies that commit to capturing carbon dioxide from source points of pollution, such as oil refineries, and permanently storing it while paying prevailing wages and hiring apprentices. California is investing its climate hopes in point source capture and a separate technology called carbon removal.

But besides larger environmental nonprofits, many environmental justice groups in California see point source capture as extending the production and use of fossil fuels. Proposed plans for carbon gas pipelines site them in areas already burdened by air pollution.

The U.S. Energy Department is taking applications for a share of $7 billion to establish industrial hydrogen hubs around the country.

“Streamlining permits for [carbon capture and storage] projects the state has never had at scale is at best misguided and at worst dangerous,” according to Victoria Bogdan Tejeda, an attorney with the Center for Biological Diversity.

There’s similar skepticism over hydrogen, which supporters view as a clean fuel with potential in vehicles and planes in addition to industrial processes. An industry-touted method of producing it uses natural gas and captures the emitted carbon. Another uses electricity generated by renewables to separate hydrogen molecules in water, known as electrolysis.

Producers of low-emissions hydrogen that follow labor requirements could see billions in new investments under the IRA, and companies may see clean electrolysis as a better investment than gas-and-capture. The U.S. Energy Department is taking applications for a share of $7 billion to establish industrial hydrogen hubs around the country.

Still, the CJA declares hydrogen “a false climate solution which contributes to pollution and enables the use of fossil fuel infrastructure in front-line communities.”

Government policy could lead by doubling down on technologies that emerge as climate solutions, according to Zack Exley, the executive director of New Consensus and author of a proposal that became the first Green New Deal legislation. Like many, he points to carbon capture as an example of a technology that’s likely to fail even with new funding.

“As far as bad compromises go, that’s not one of the worst,” Exley told Capital & Main.

Berkeley’s Jessie Hammerling notes the broad potential of ancillary work in cleaning up emissions from vehicles and ships. She hopes job losses in fossil fuels will be outpaced by the creation of cleaner jobs — which could drum up political momentum for overtaking fossil fuels.

“I think the market will sort of speak for itself,” she said. “But it’s important to recognize these transitions aren’t easy, [and] that points to where more support will be needed.”